A few weeks ago I put a post up showing my star wars miniatures Imperial collection/army.  It generated quite a lot of interest so today I've dug out their opposition, the Rebel Alliance.

Whereas most successful Imperial squads are based around a few commanders and then a whole bunch of troops the rebels are very much a hero based faction with luke, han and co normally being the driving force.  they also lake the really heavy items of the Imperials, no walkers or tanks here. 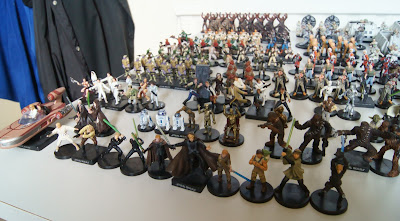 There are several 'sub-factions' in the rebellion, including commandos, wookies and the forces from the battle of hoth.  The 'sub-factions' aren't official, but the various commander effects mean that they often work best that way and add a nice thematic element to your force. 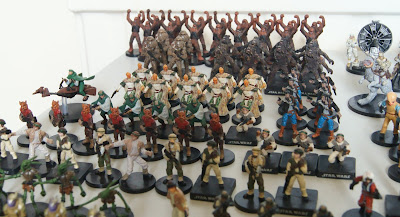 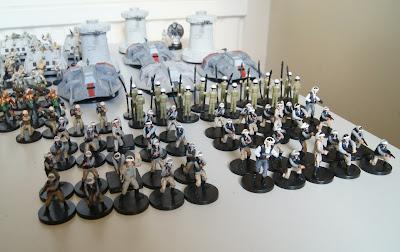 And finally, although technically part of the fringe faction (can be used by any other faction or as a faction in their own right) we have these ewoks.  These are all surprisingly useful and the standard ewok and wicket whilst not being powerful are very points efficient and are great for filling out squads with extra activations.