Belgians In The Congo

Todays minis are an addition to my ever growing collection of colonial figures from late 19th century Africa.  Two packs from Wargames Foundry's darkest Africa Belgians range, a pack of officers ad NCO's and a pack of Askaris for them to lead.  As with all my other minis from this era I plan to run some pulp adventures or possibly dino hunting games at some point, these Belgians will provide a third European faction (along with adventurers and the British Army) to contend for the spoils. 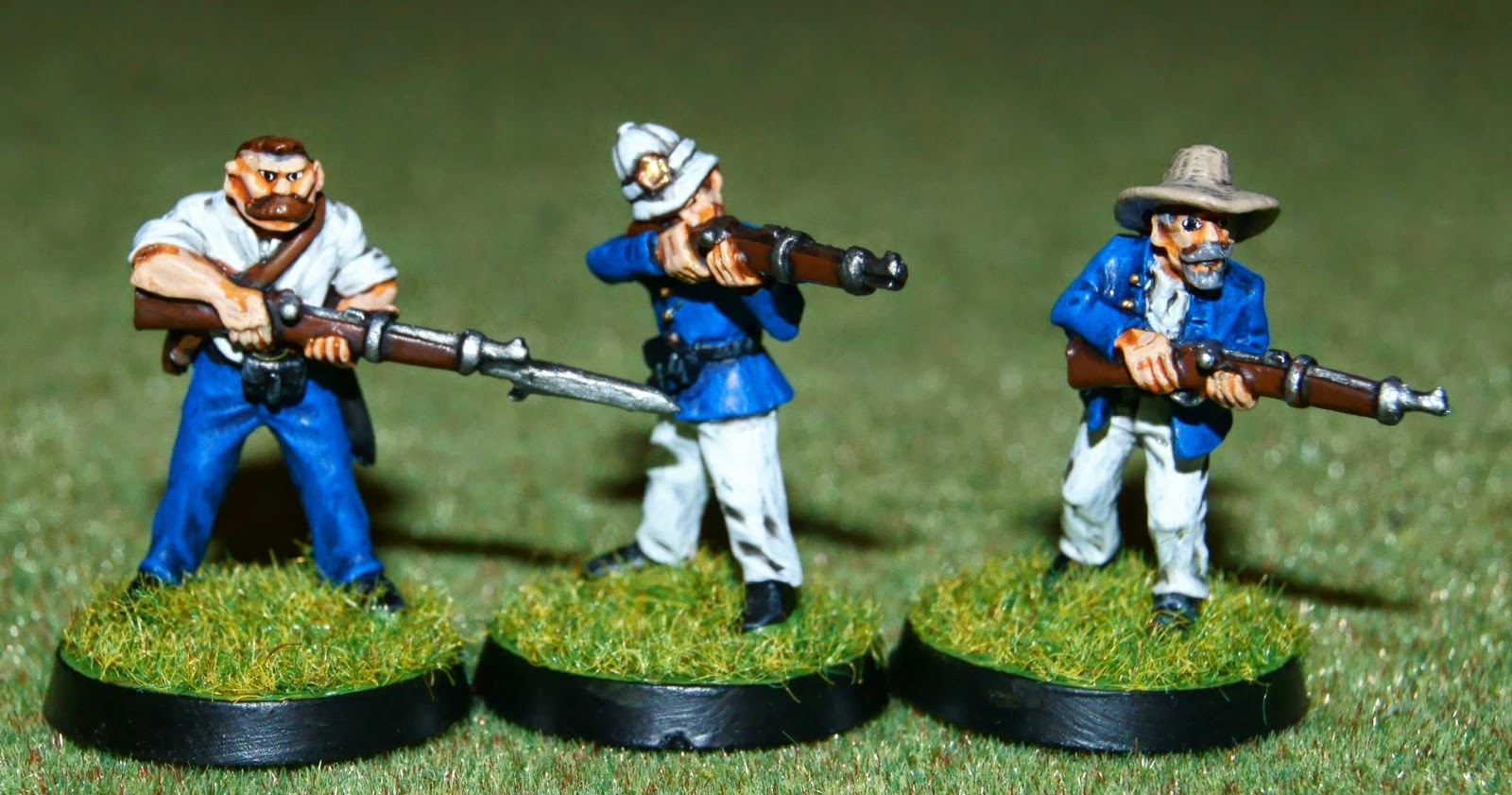 NCO Types (I think the guy on the right looks like John Hurt!)

Some great characterful minis here I think, but now time to get a bit serious;  Obviously these models are for games loosely based on the historical period 'the scramble for Africa'.  What got me to thinking was the title of the pack of officers; 'Darstardly Belgian Officers', which seemed a bit harsh on all Belgians and rather stereotypical (although I cast no doubt on the fact that many atrocities were committed in the Congo Free State under the rule of Leopold II of Belgium).  I couldn't help but then wonder if any sort of colonial gaming was somehow glorifying colonialism and was in its way a bit racist.  I'm a white Englishman and I'm just after a bit of fun in a pseudo-real world of exploration and adventure, trying to recreate something like the adventure stories of Haggard or Kipling on the table, but I can't help but start to wonder how a 'Darkest Africa' game would look to a African and what they would make of our little bit of harmless fun.

I'm not sure what the answer is, I'm not entirely sure that there's even a problem, thoughts anyone?
Posted by brownk29 at 22:07:00