OK firstly be warned this is a big post, with more pictures than I've ever put in a post before.  This is a return to my surprisingly popular series of posts where I put up a bunch of pics of one of my armies or collections of toys for everyone to have a look at, today featuring my collection of Dungeon and Dragons Miniatures from Wizards of the Coast.

This was a game very similar to the Star Wars miniatures game that dominated my gaming for a couple of years, and like SWM these come prepainted in randomised boxes, with vastly varying quality.  In a lot of ways this was the more serious and tactical game out of the two, but I never developed the same love of it as I did for the Star Wars variant, mostly due to my lack of knowledge of the background.  D&D minis contains figures from various different realms supported by the main D&D game split into factions based on temperment, which lead to most reasonable powered warbands looking very bitty, and almost all theme squads being very unviable.  Unlike SWM which I still come back to from time to time, this collection hasn't been used in six years and it's essentially dead.

Lawful good contains amongst other things, dwarves, angels, human guards, celetstials and warrior monks.  Generally slow and well armoured, and for me a bit boring. 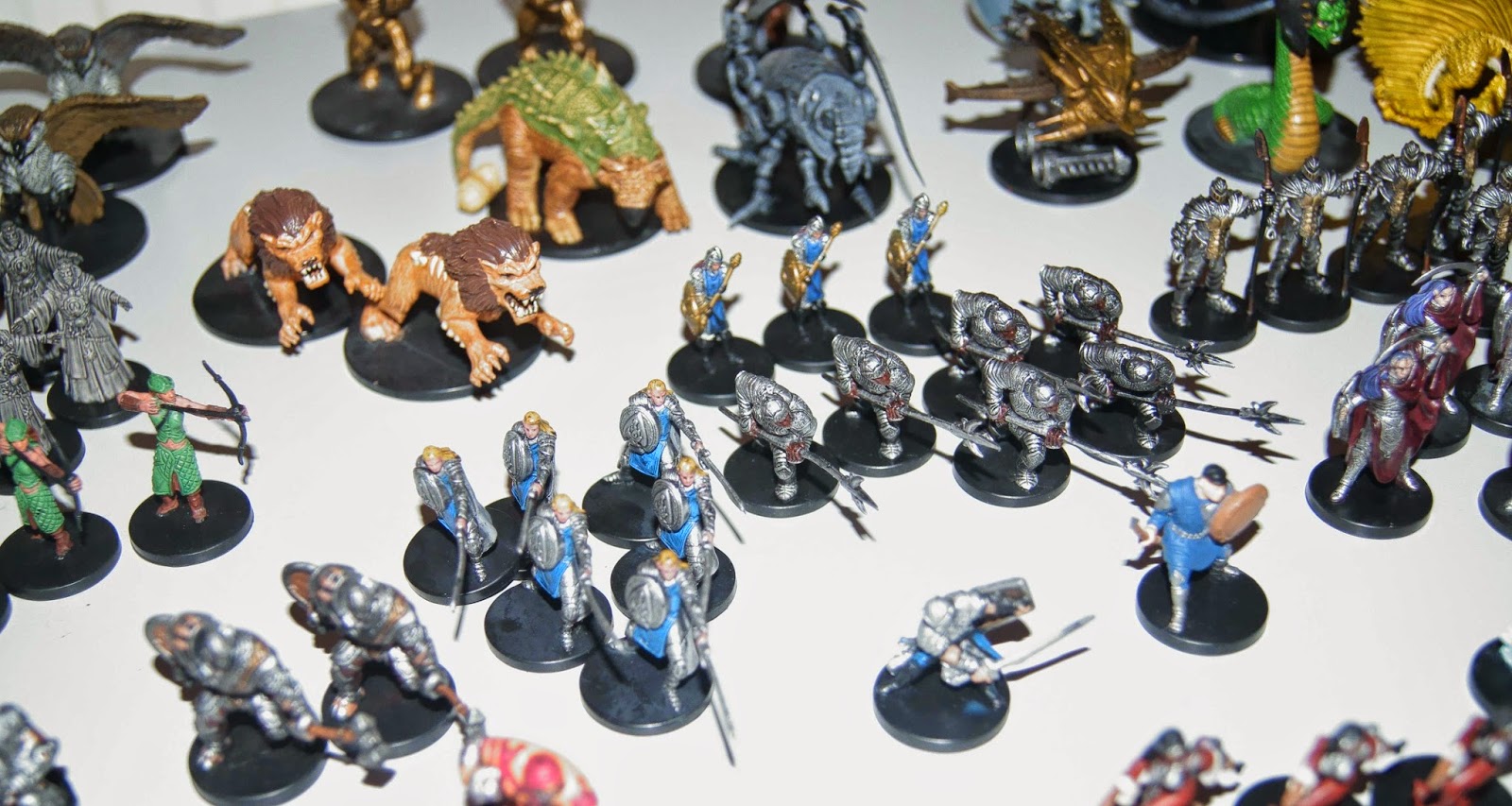 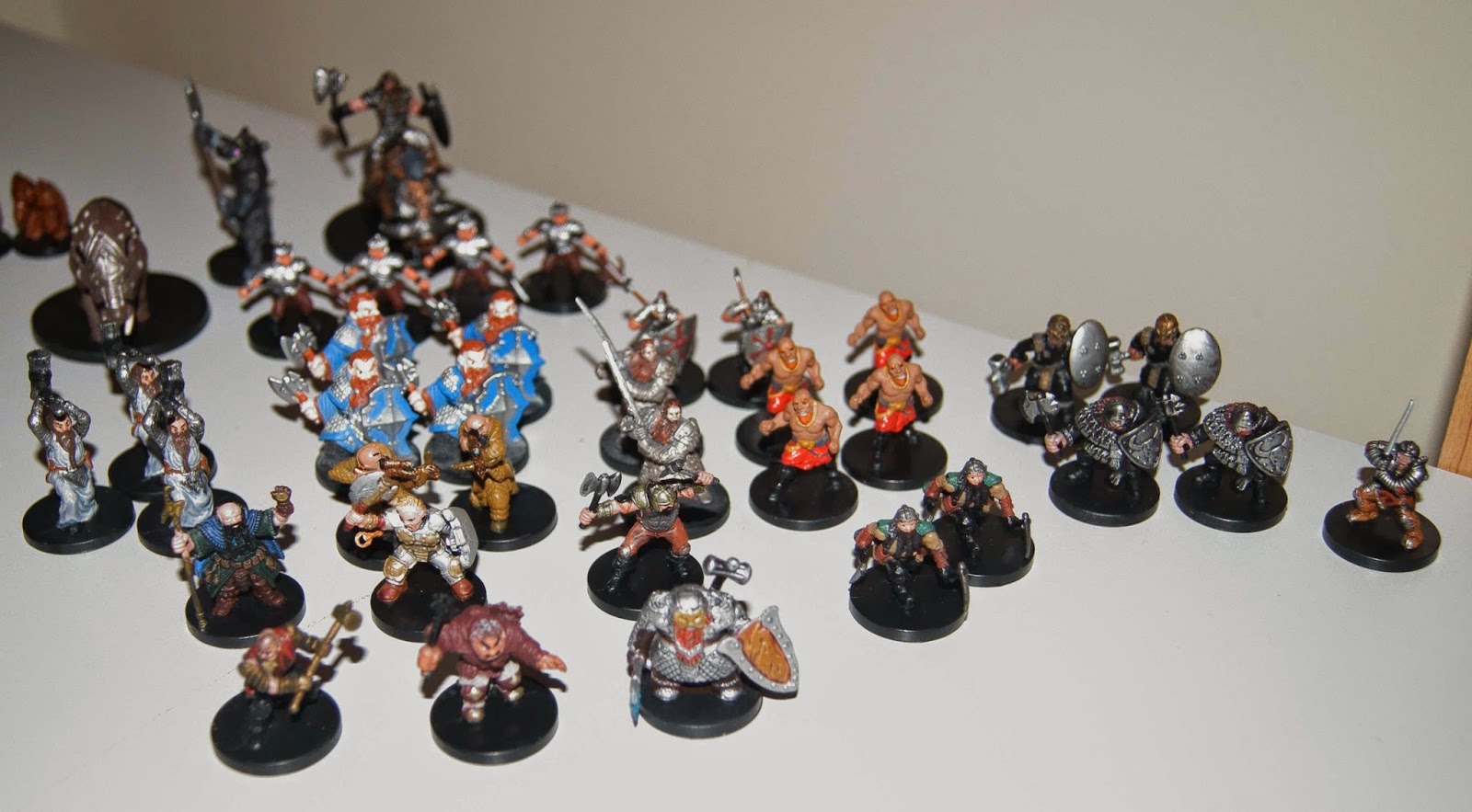 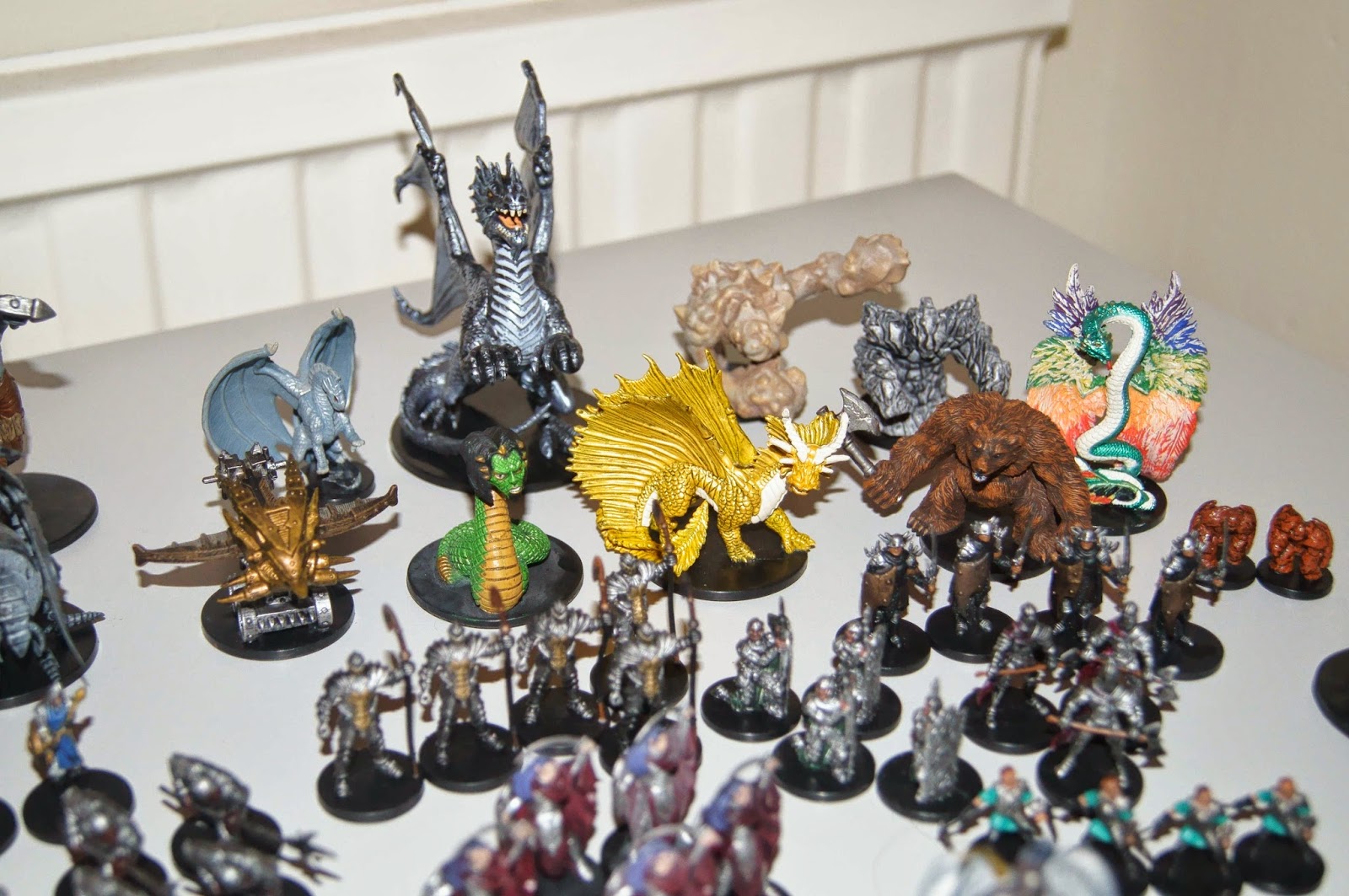 The home of the elves, forest spirits, halflings and air elementals.  Generally fast and hard hitting, but fragile. 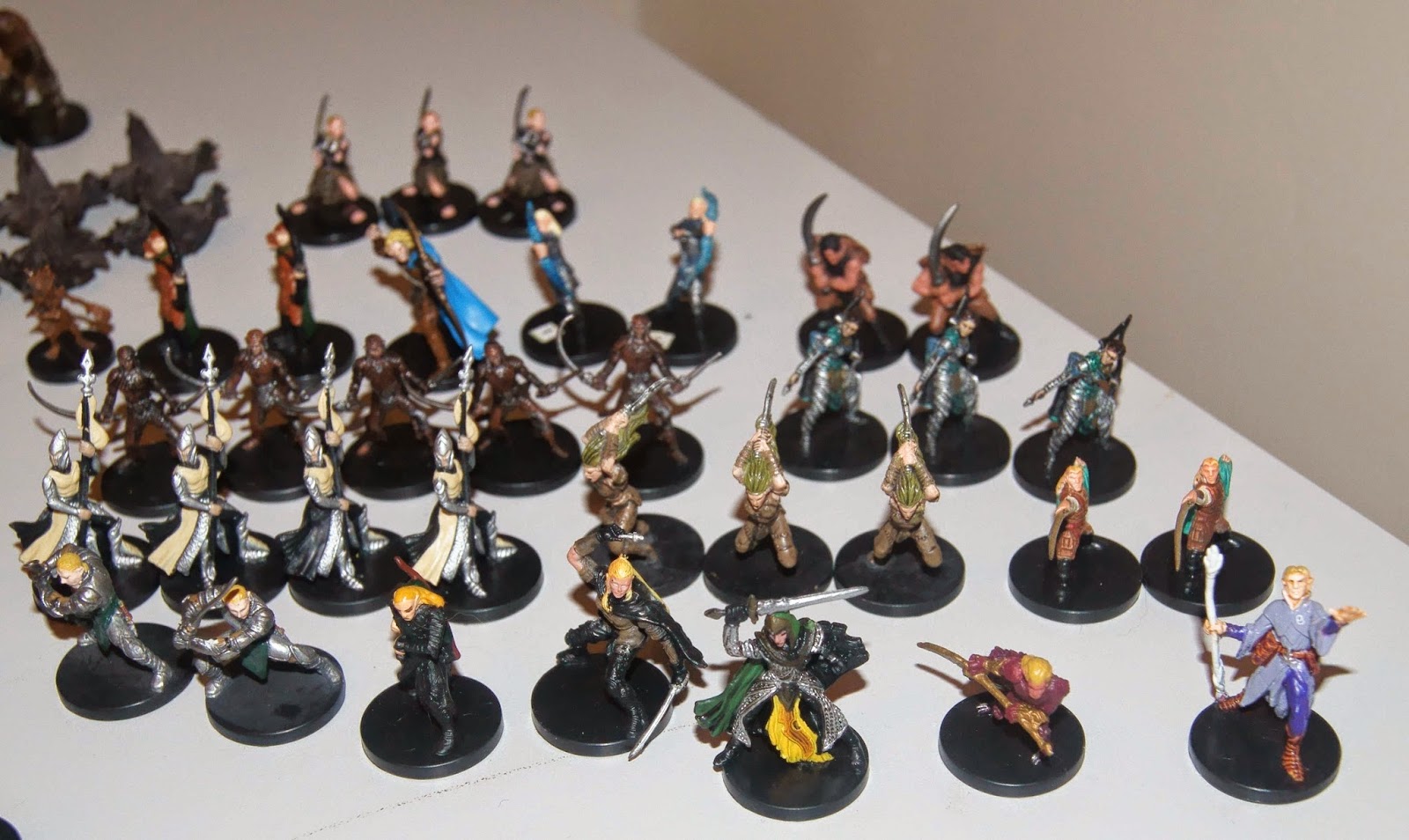 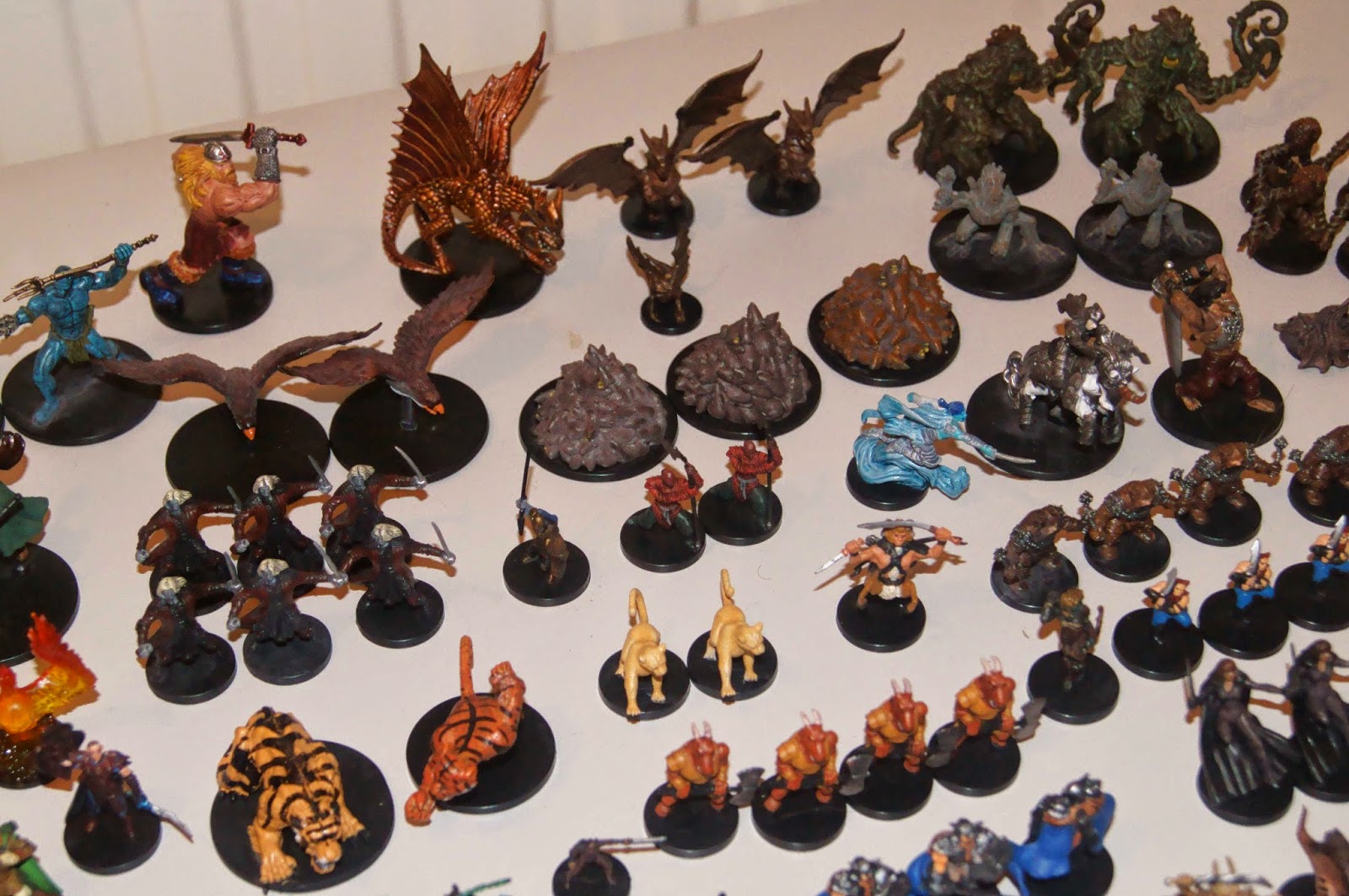 The most fun faction for me and the largest in my collection, includes orcs, drow, bugbears, gnolls, fire elementals and all sorts of crazy monsters. 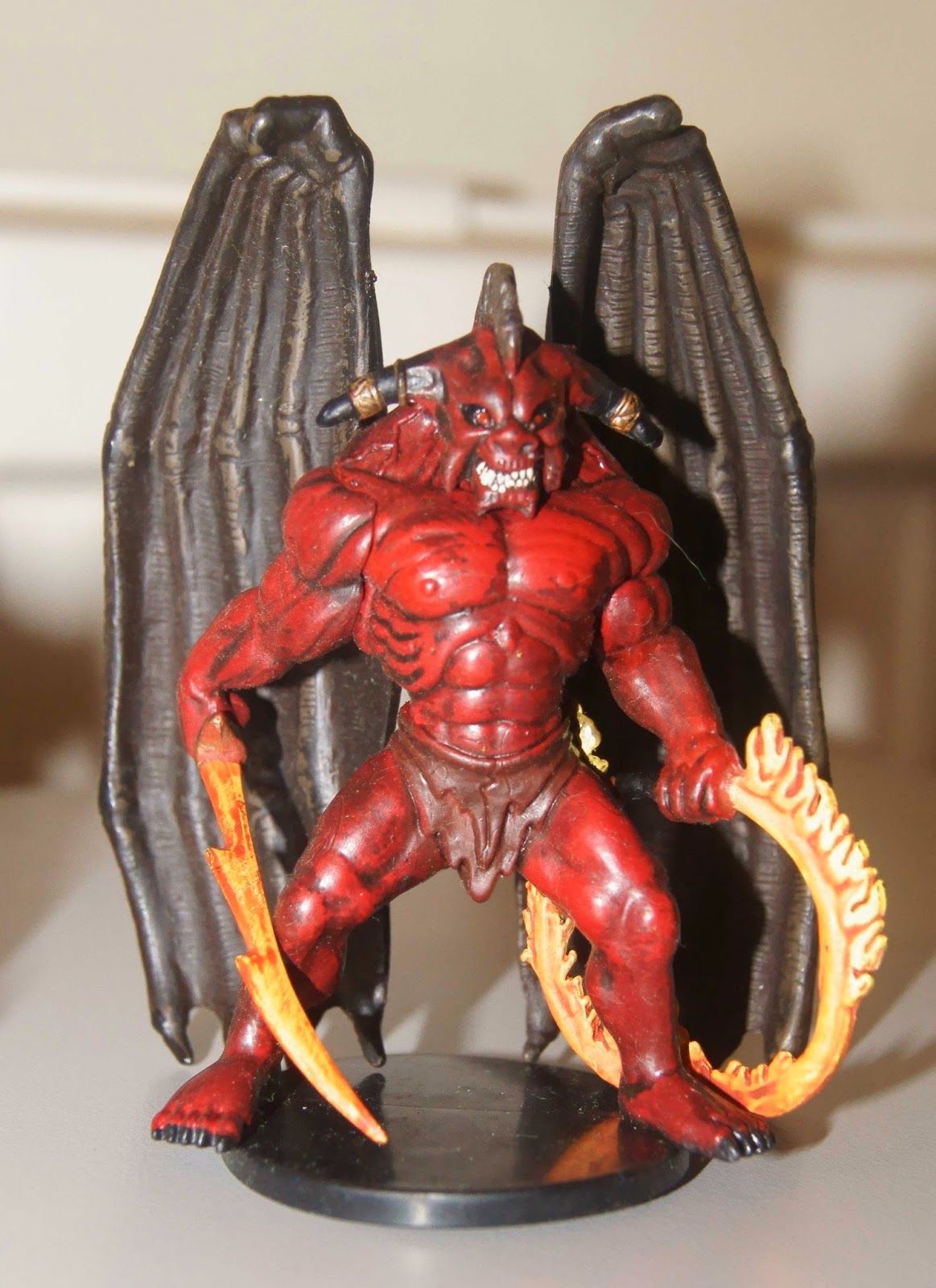 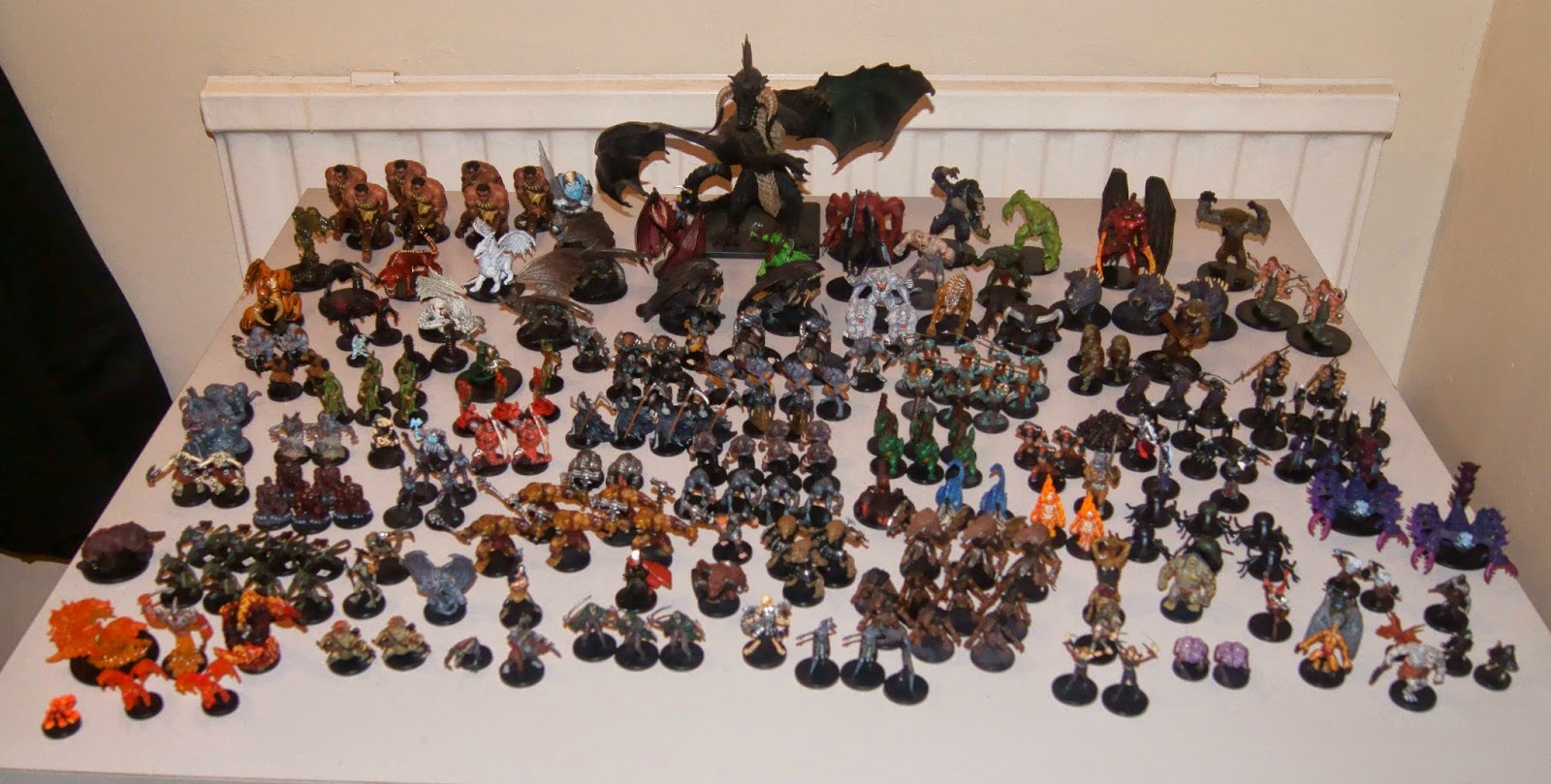 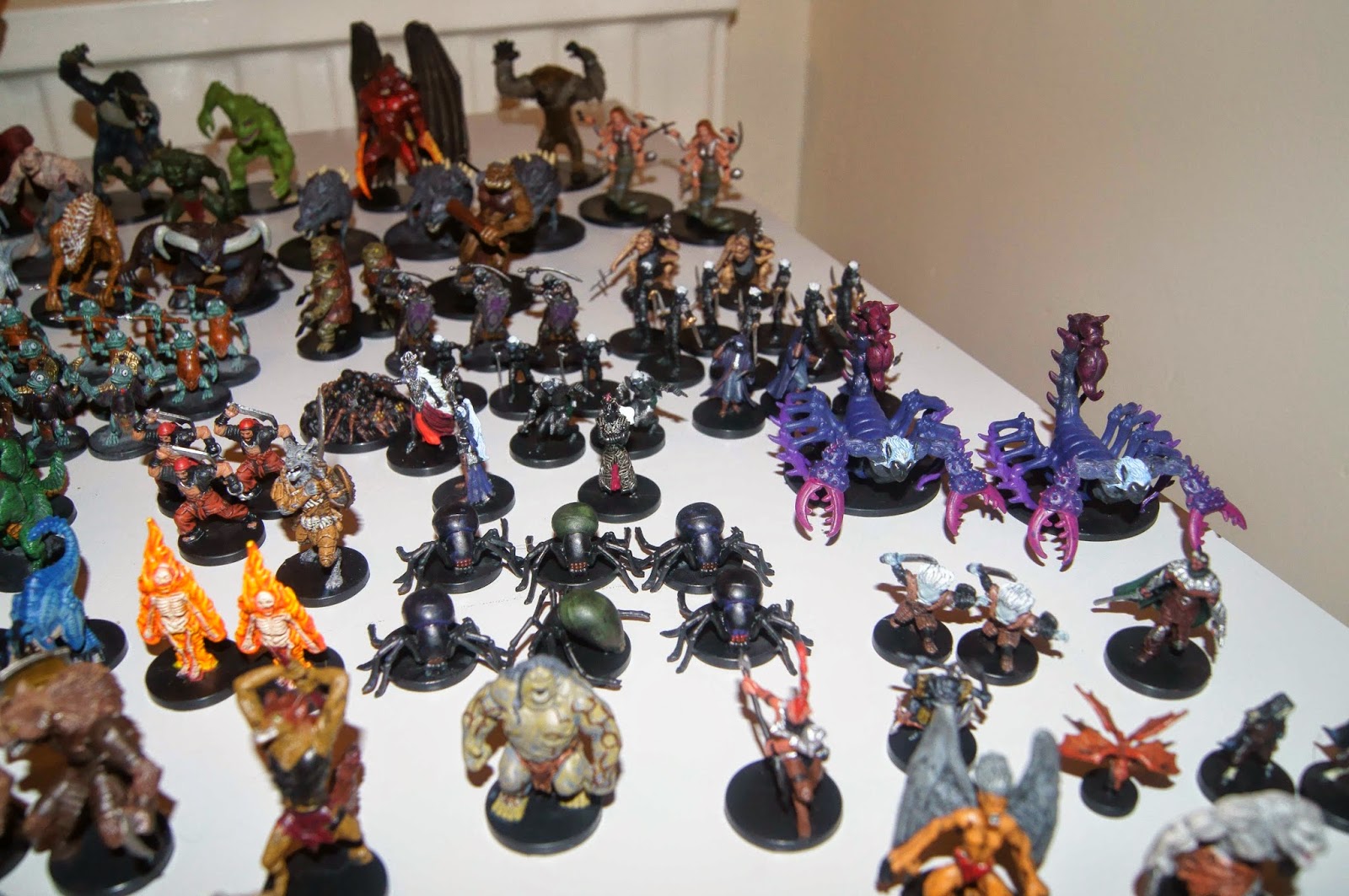 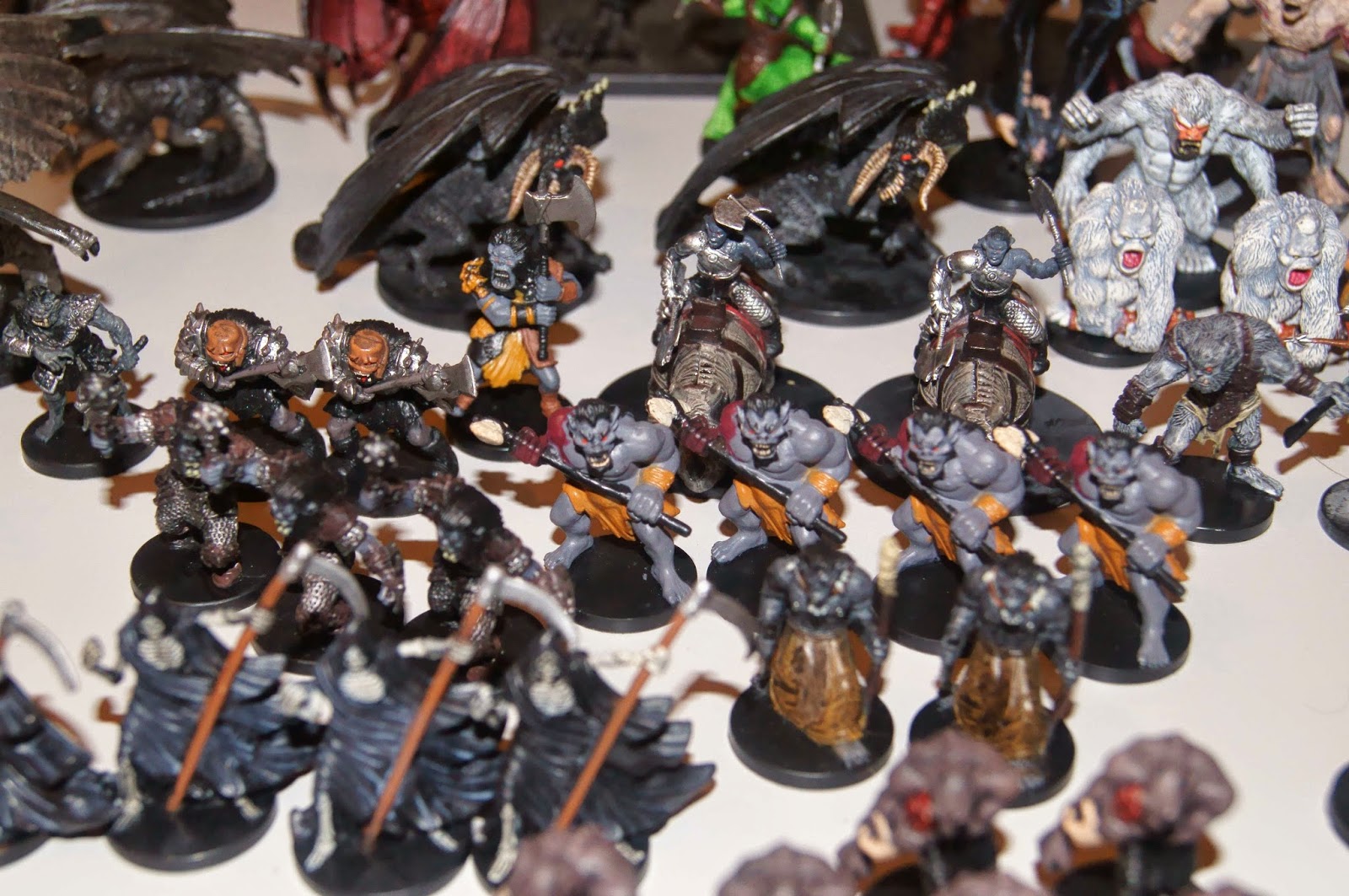 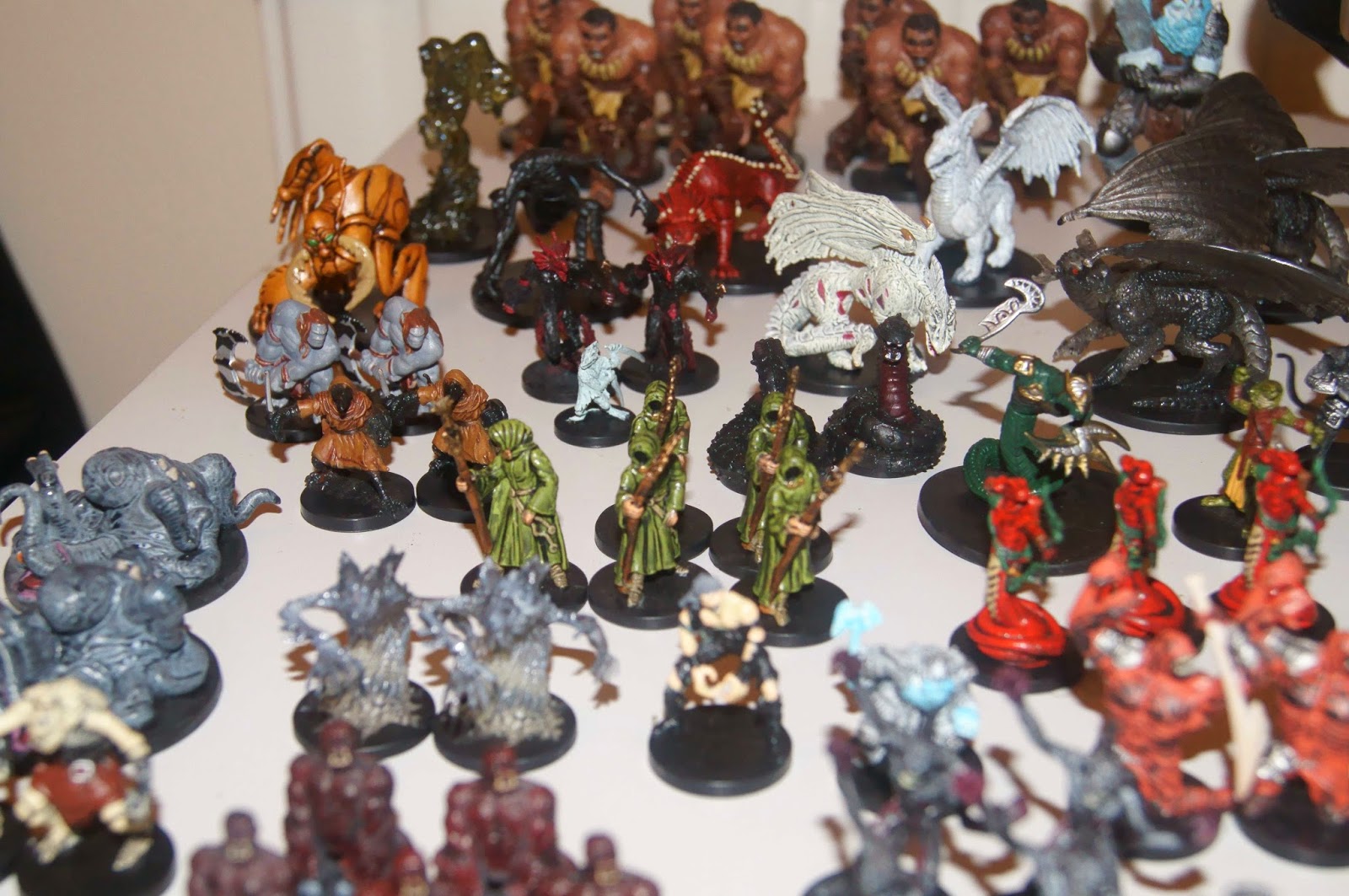 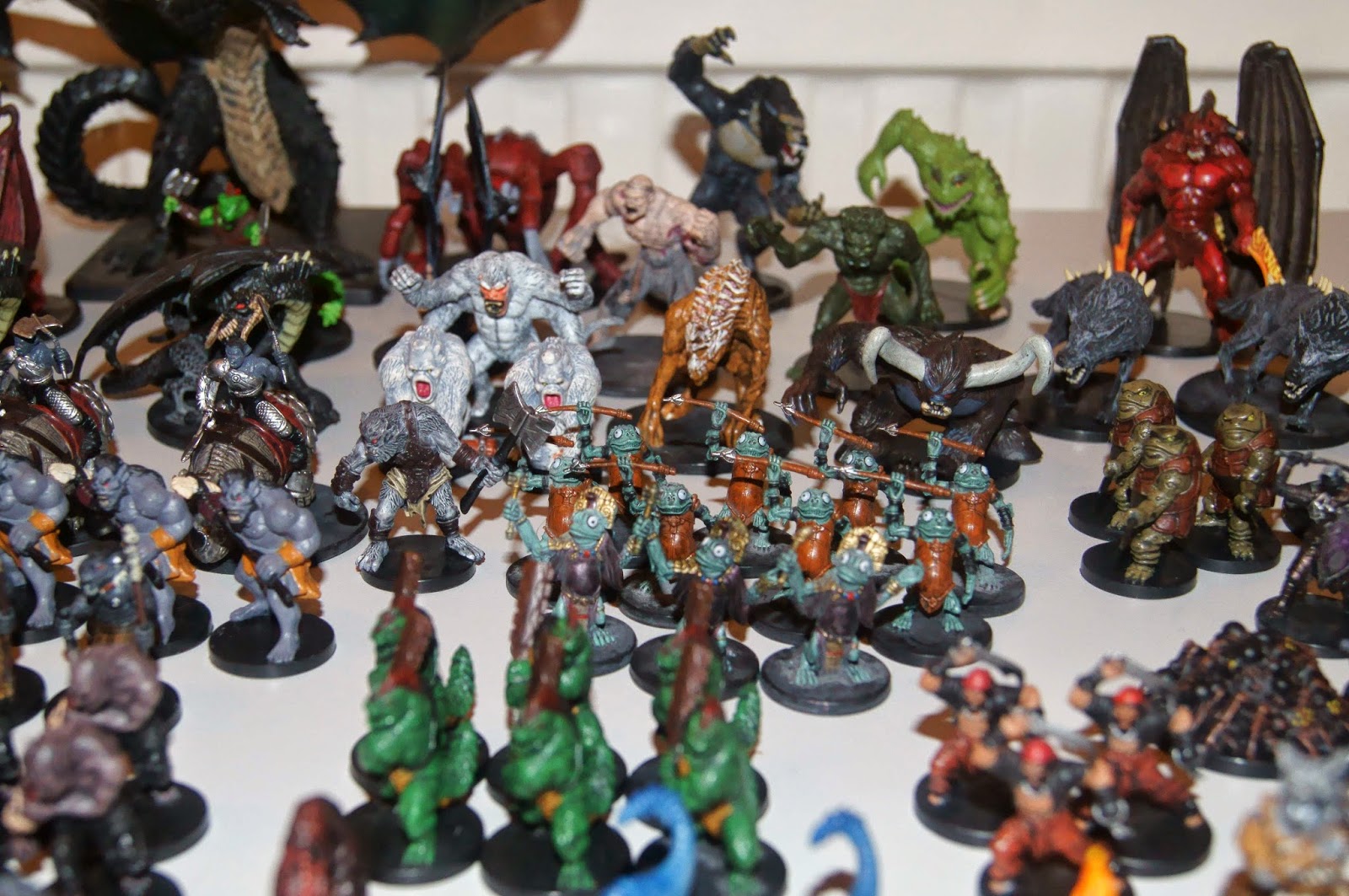 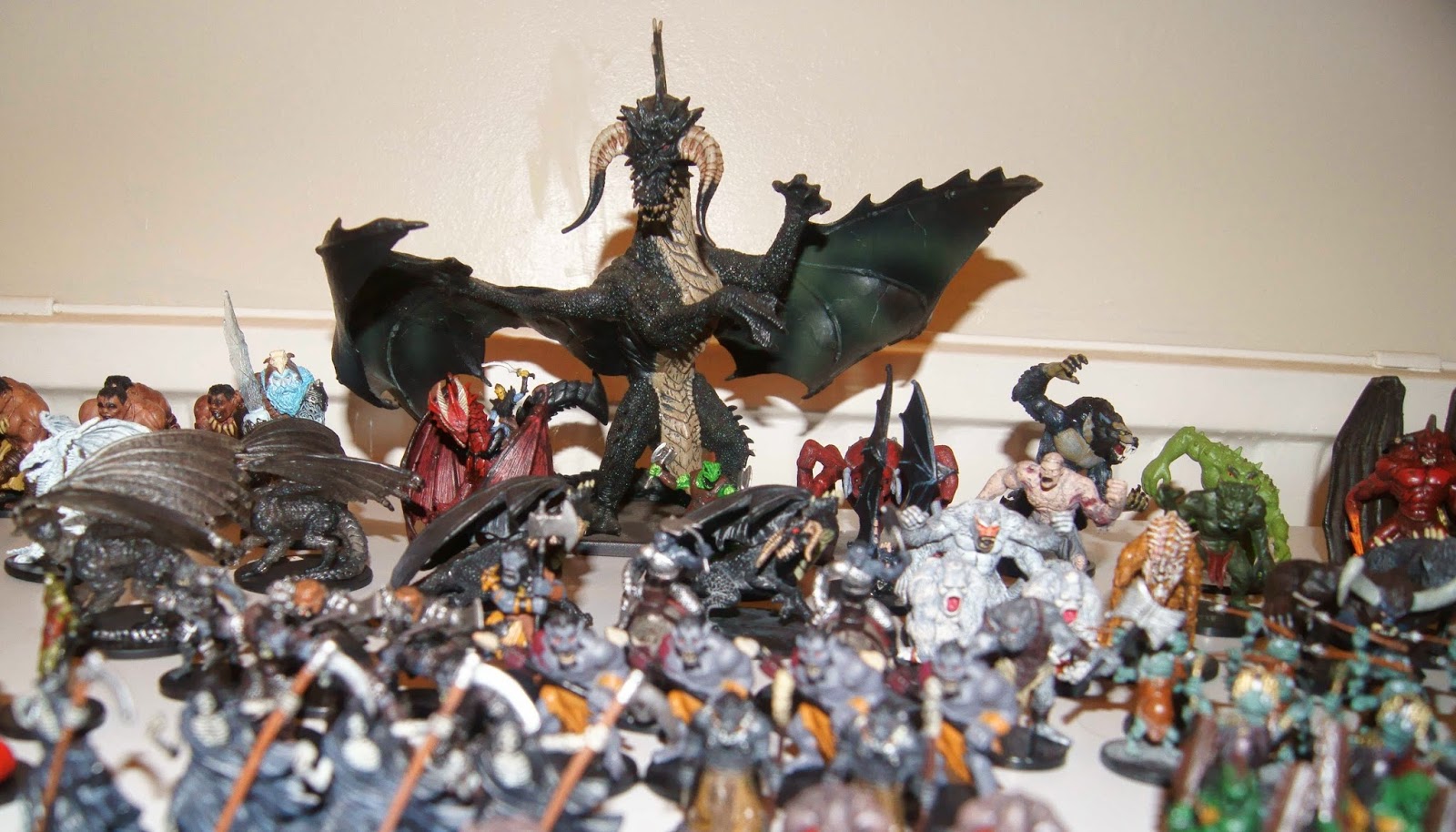 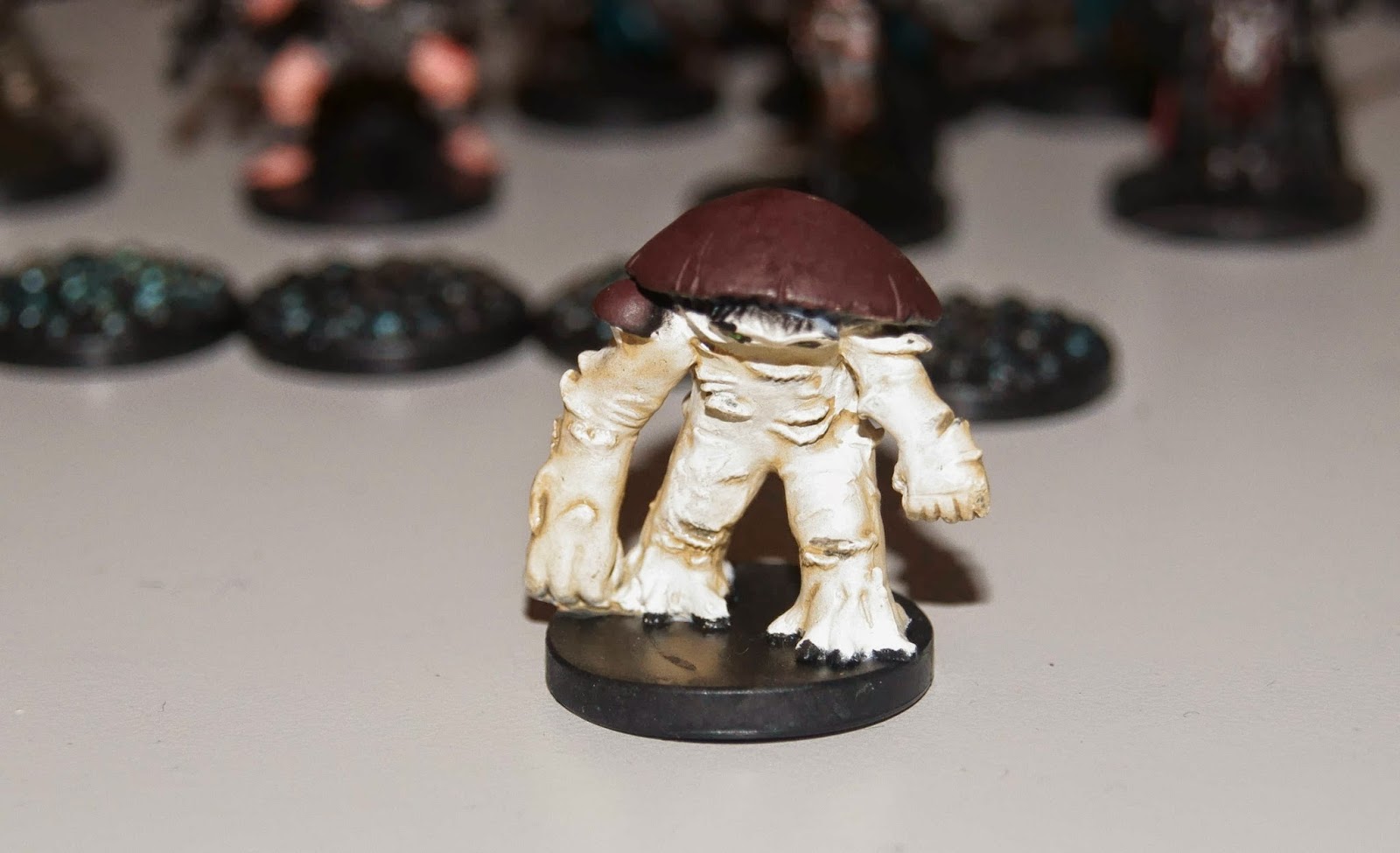 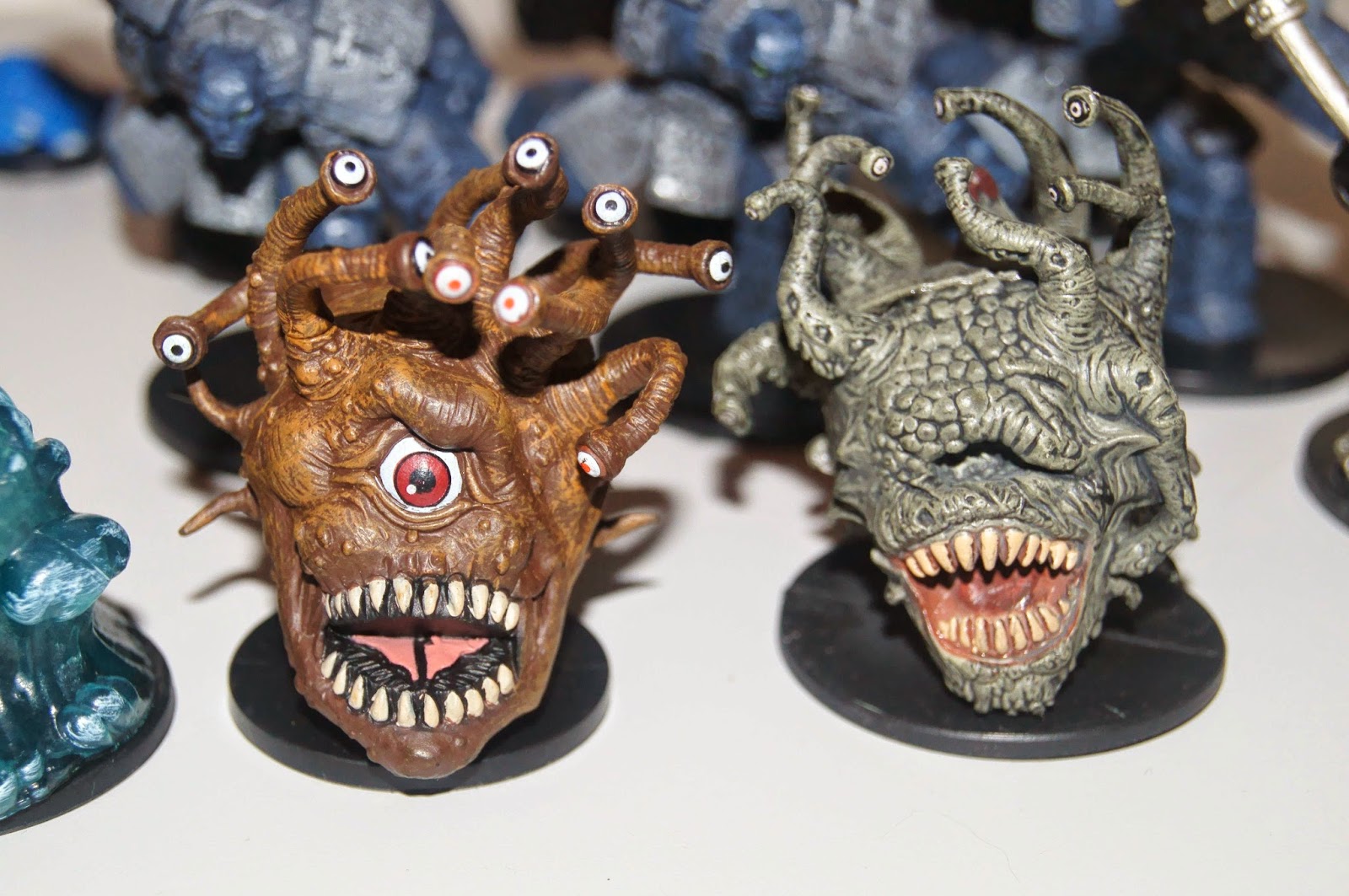 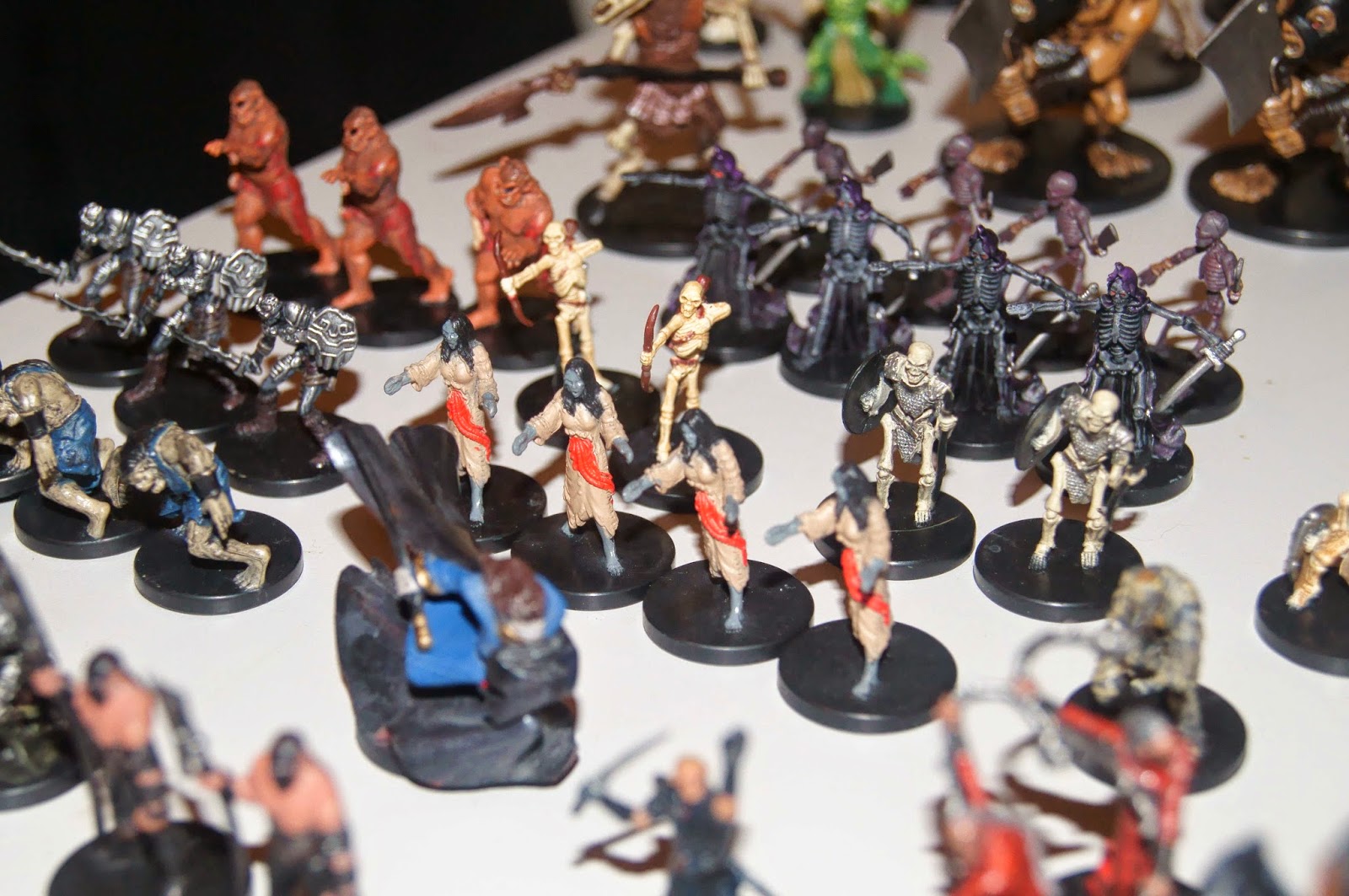 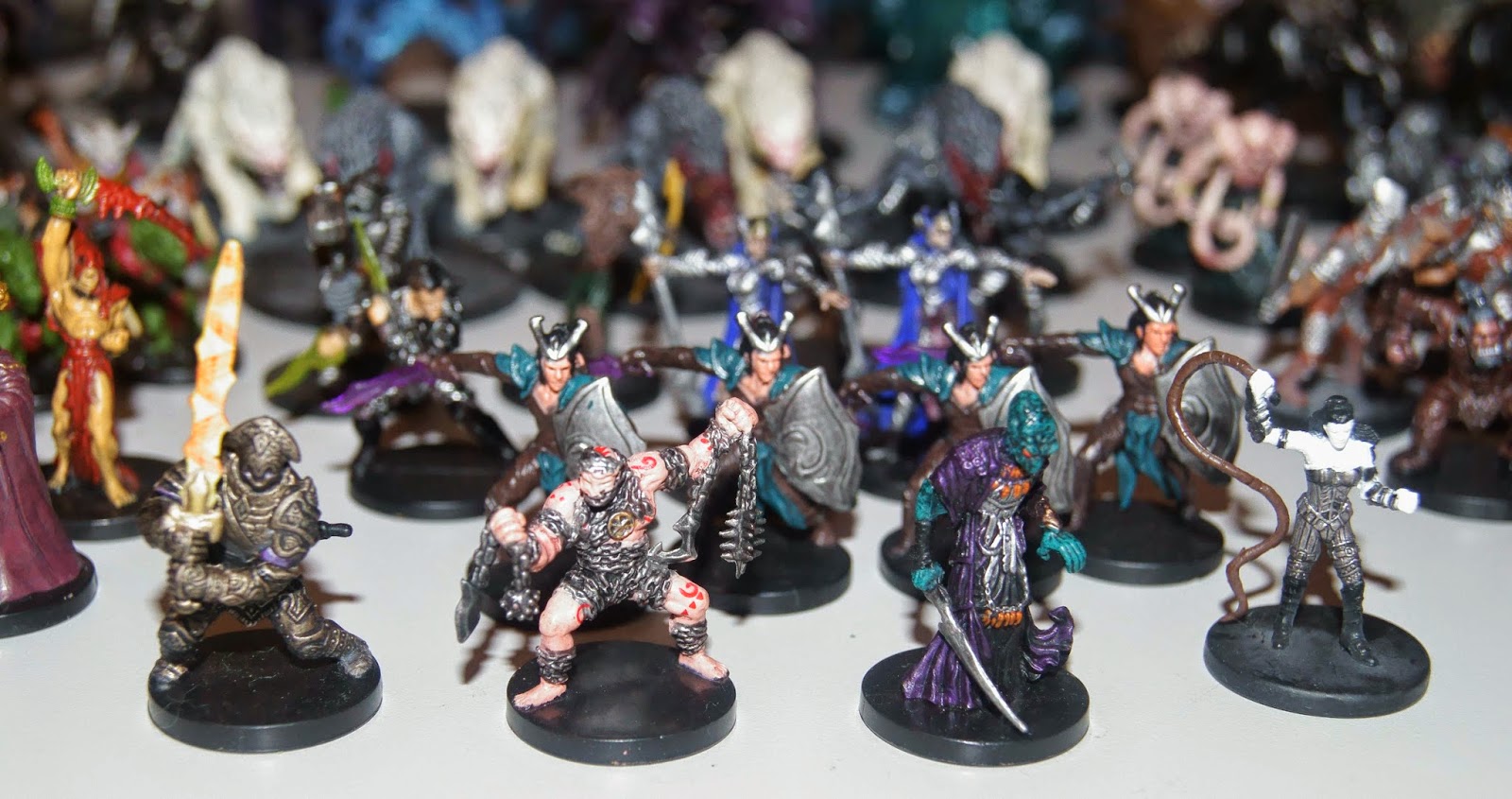 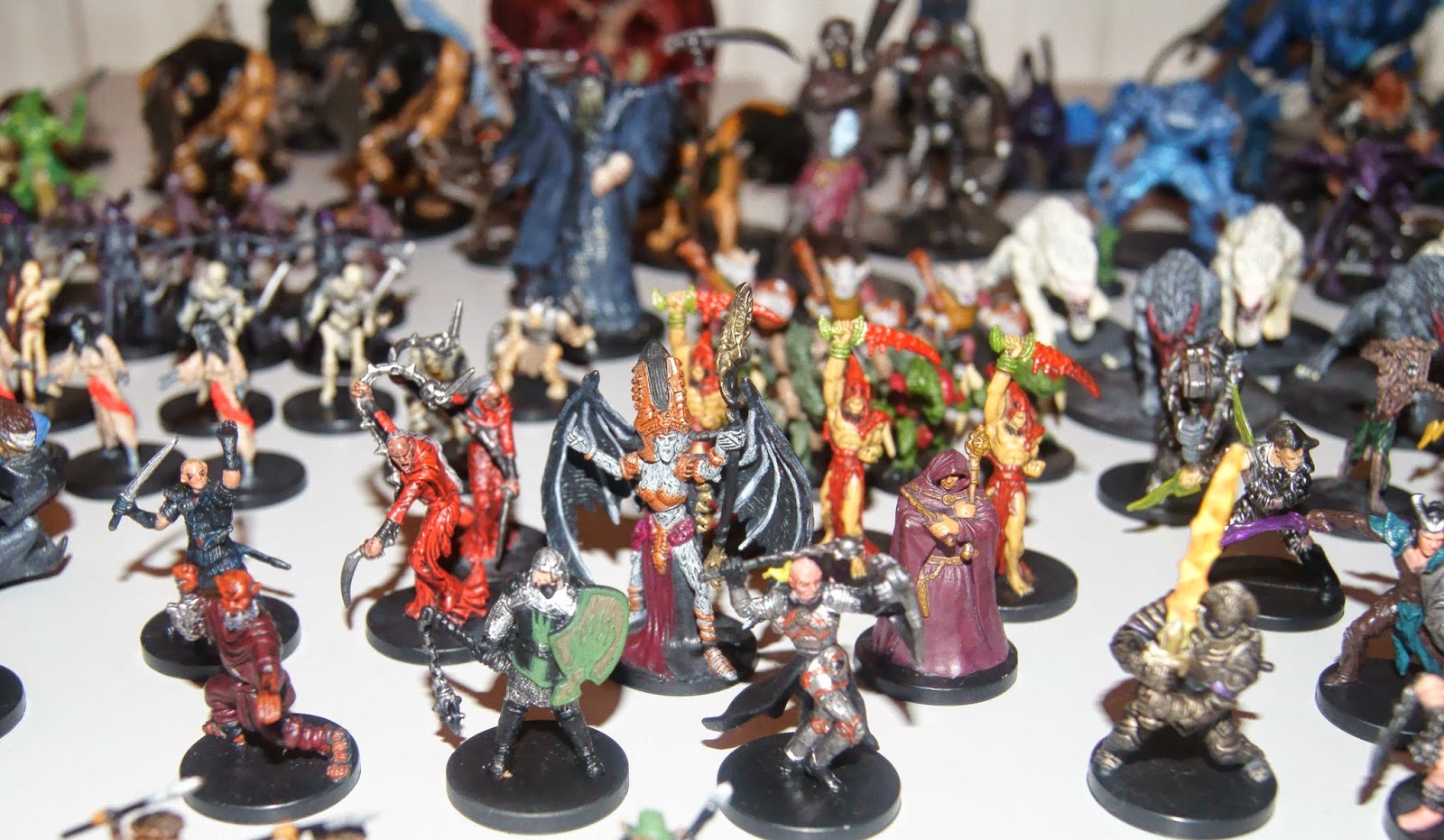 Some stuff can be used by multiple factions, which made a mess of both my miniatures and card filling systems I can tell you! 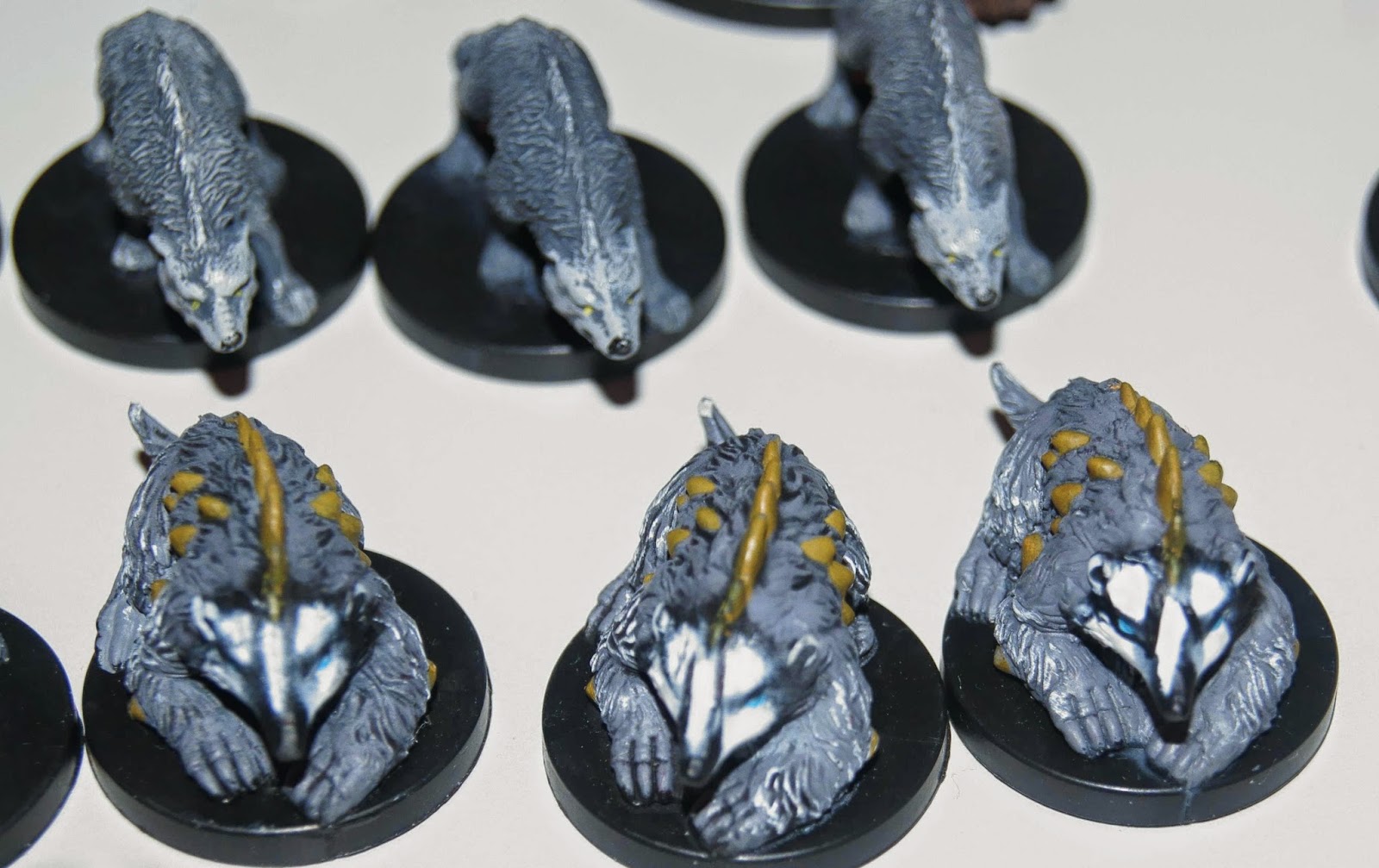 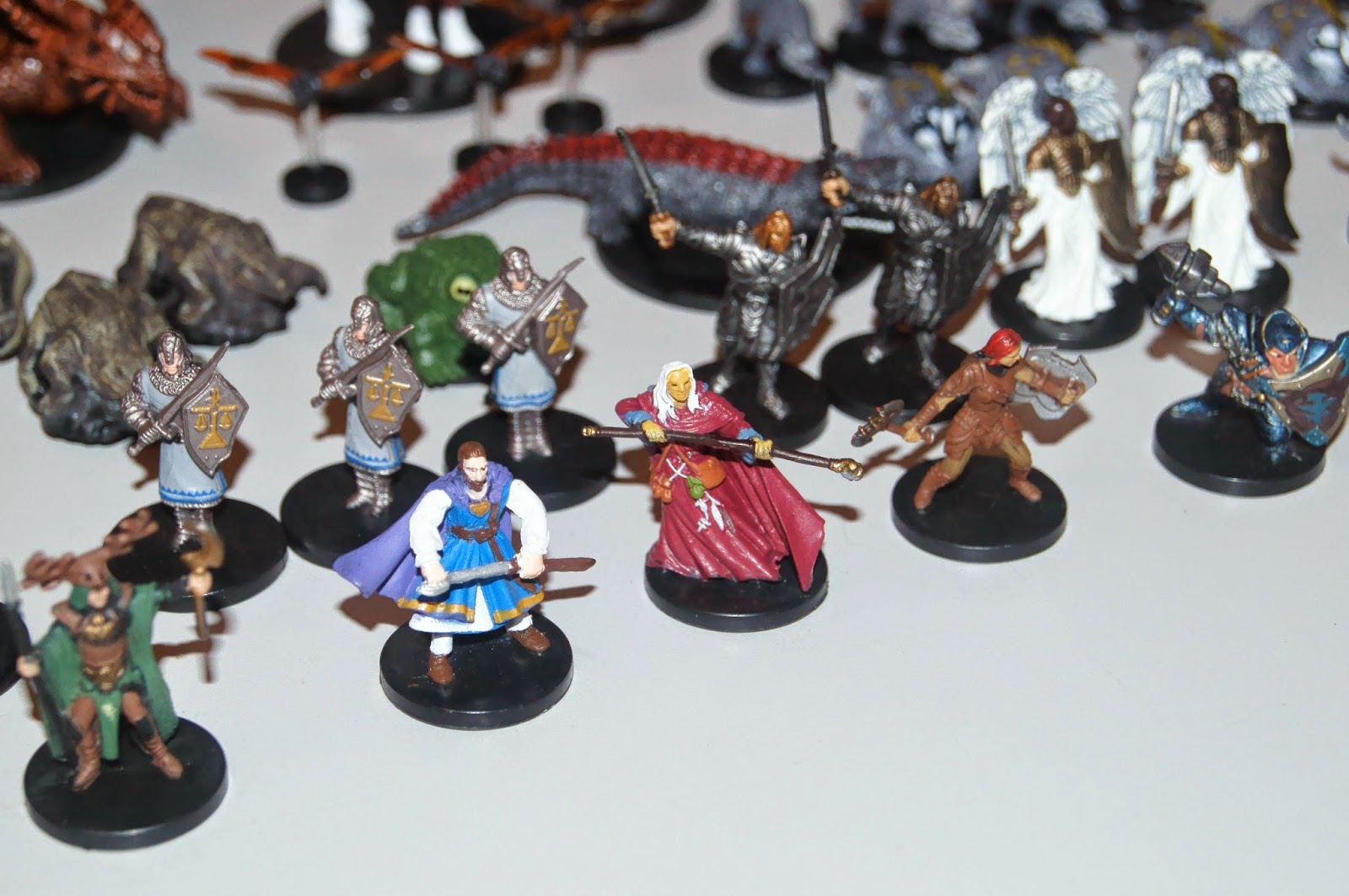 And finally a group shot of Drizzit and some of his allies and enemies, these are the few characters I have any knowledge of from the D&D background and that comes from a couple of average novels I read quite some time ago. 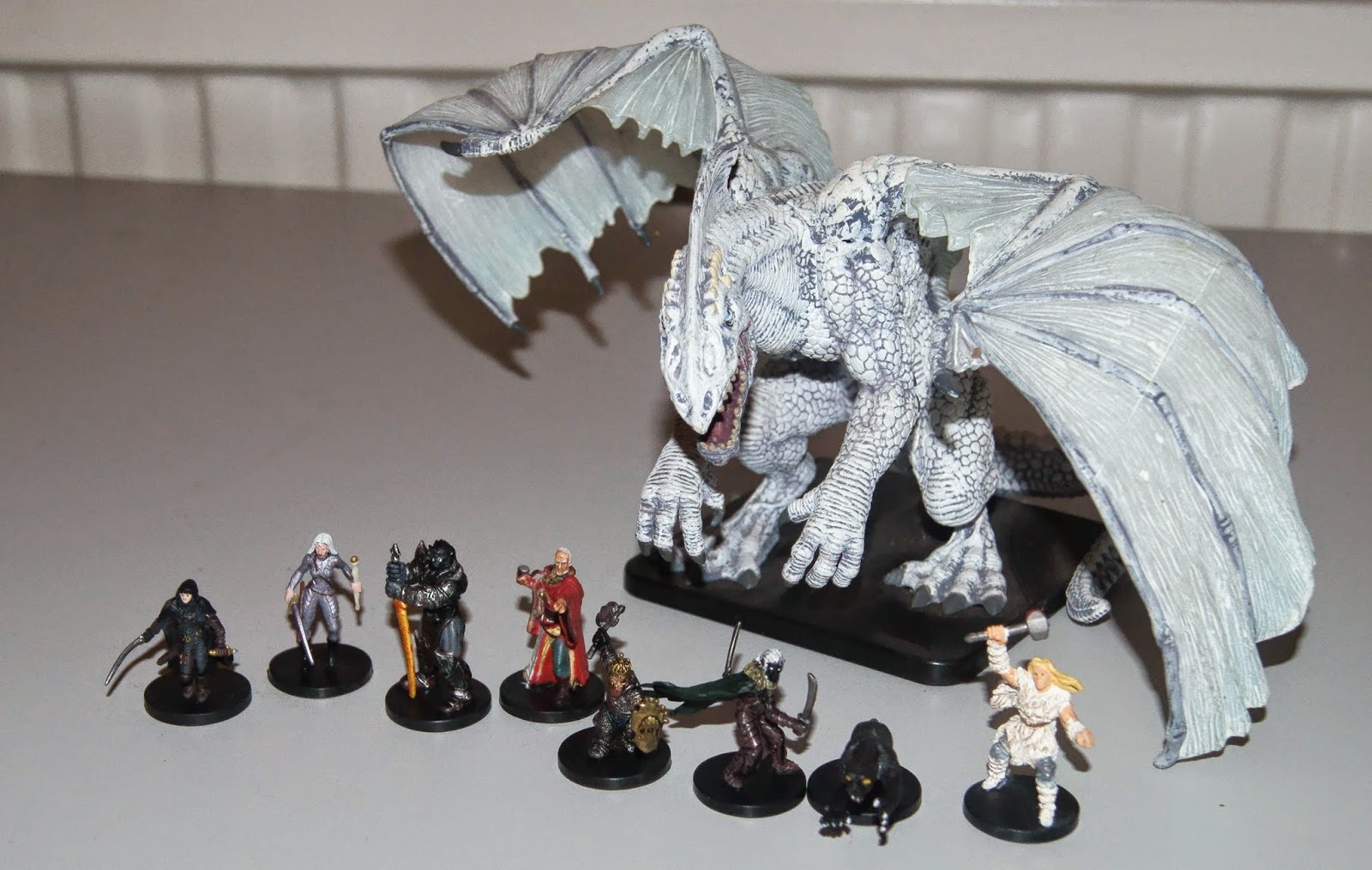