From The Painting Table #19


Another collection of my recently completed minis today, lets start with a couple of randoms; 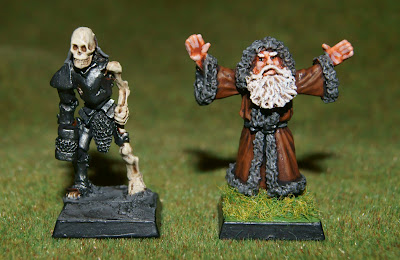 Wargames Foundry have this absolutely fantastic of throwing in a free mini or two with orders and here we have two of my recent freebies from them.  On the left we have an armoured skeleton painted up for use in warhammer quest and/or dungeon saga and on the right we have what I think is supposed to be father Christmas, but I've painted him up for use as a druid in my Forces of Nature army for Kings of War.

A bit of a impulse buy from ebay here.  These are three WW2 flames of war Churchill tanks, converted according to the previous owner into flame throwers for use in the Dieppe raid.  I don't know enough about the history to ascertain the arcuracy, but they're a nice addition to my collection and I got them at a good price. 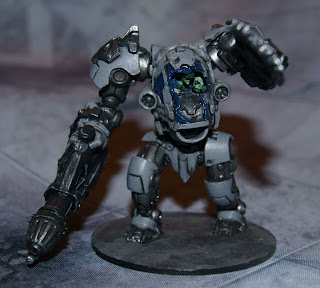 Onto Deadzone now, starting with this Strider that has been captured by the Plague.  This is the third strider that I've painted and I'm a big fan of them, I've still got a rebel captured one to go at some point as well.

Finally we have a squad of Enforcers, also for Deadzone, based on the hard plastics with additional resin shields and guns.  I've got a lot of the Enforcer plastics and they're very good.  In fact all the Enforcers that I have for Deadzone are actually enough to make a small army, which is quite convenient as there's a Warpath Kickstarter about to start......
Posted by brownk29 at 20:23:00