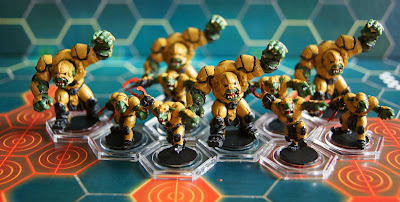 I've managed to finish painting the last of the season one teams ahead of season two arriving, this time it's the marauders, or as they are more obviously called the Orx and Goblins. 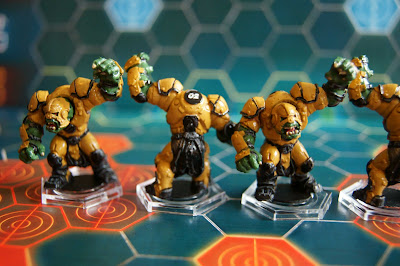 I've left them till last as although I like the models I find them hard to play with.  It's always fun to bash people with the orx guards, but trying to score with the goblin jacks is not fun.  That's balance for you though.  As will all my dreadball figures they've been given a coat of gloss varnish to help them survive the rigours of play 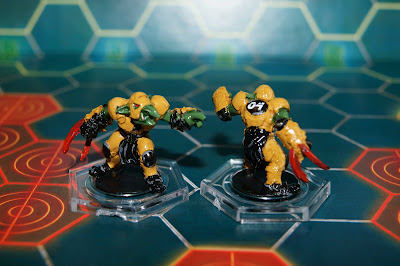 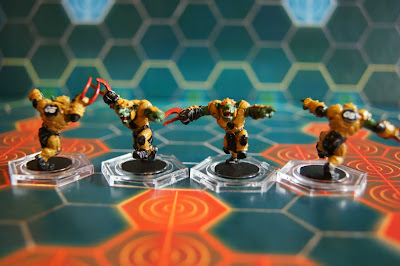