A while ago I picked up an Italeri reissuse of the old esci French foreign legion but like many others they have sat gathering dust, but I've finally been inspired to paint a few.  The box contains 50, but I've only managed to paint 16 so far.  Its a really good set, the detailing is superb and they really capture the feel of the troops. 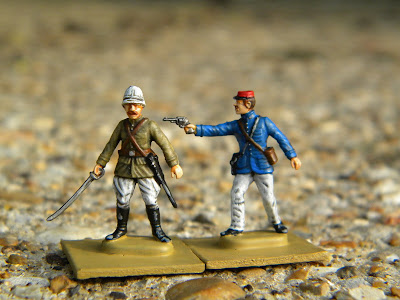 Two excellent command figures, on the left an officer and on the right an adjutant.  The set only includes one of each, which I feel is a shame. 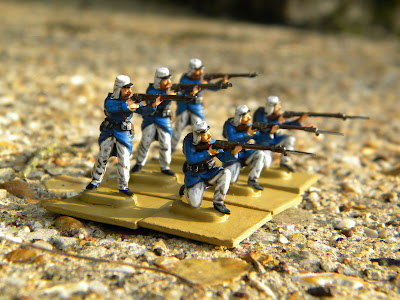 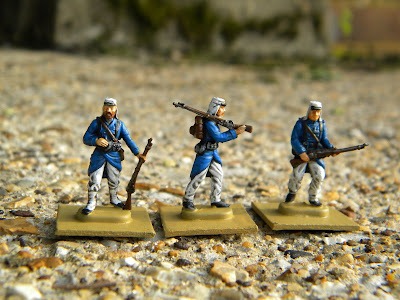 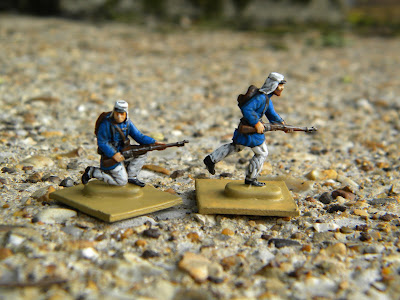 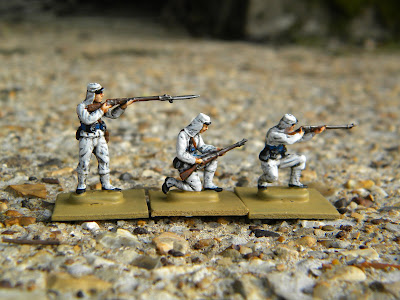 The set contains roughly half the troops wearing the blue coats featured on the figures above and the rest in this white uniform.  I much prefer the look of the ones with the coats, but have painted up a few of these guys as well 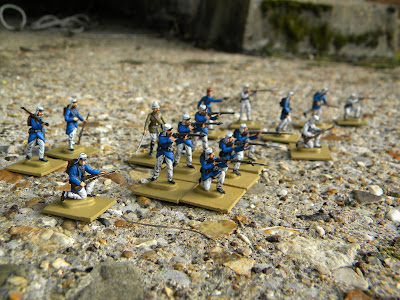 Email ThisBlogThis!Share to TwitterShare to FacebookShare to Pinterest
Labels: colonial