Just a quickie today as I've finished painting all the minis now from the main Mars Attacks boxed set and a few of the bonus minis from my Kickstarter package. 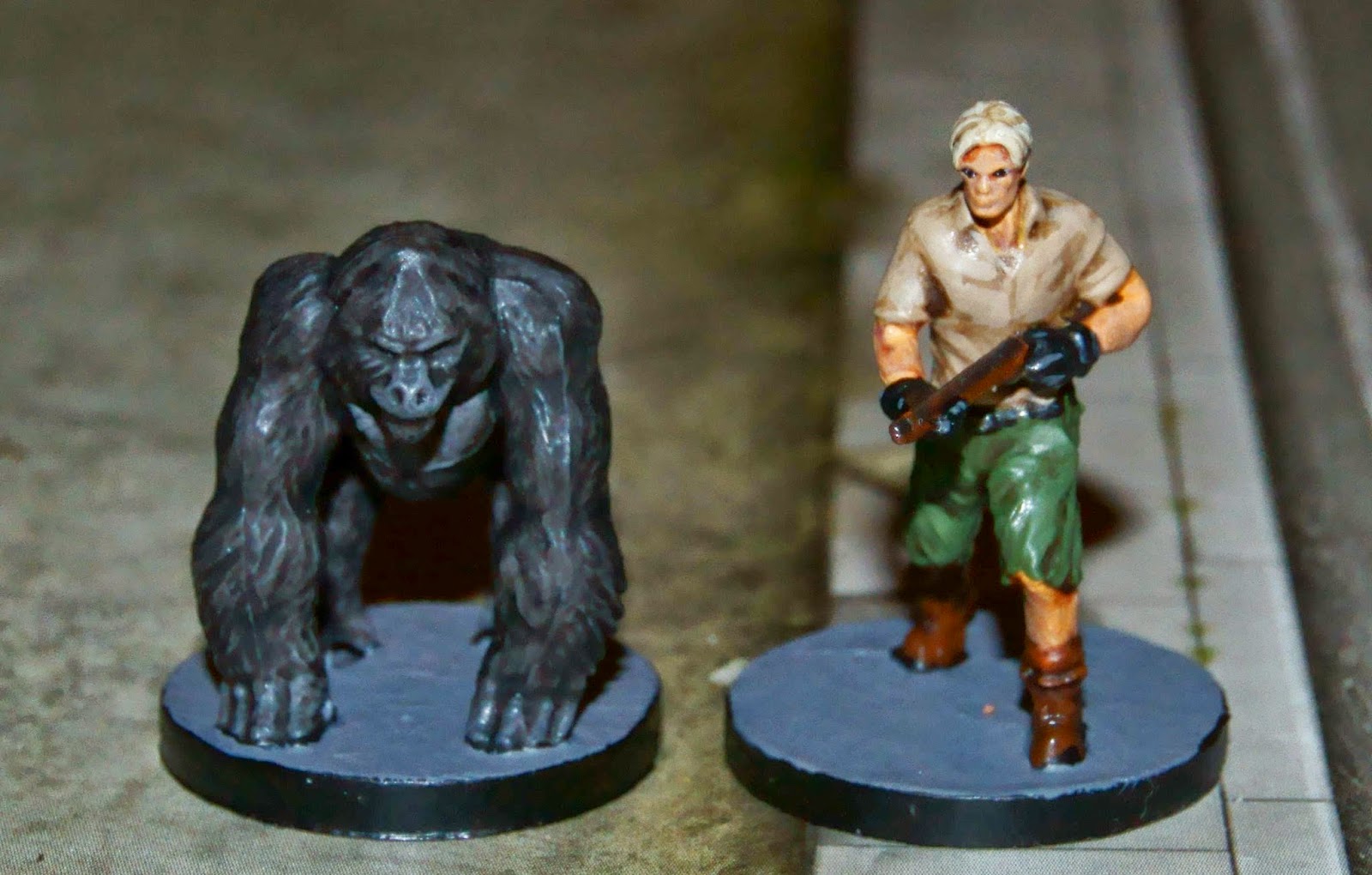 Starting with the kickstarter bonus minis the Gorilla Tunga and his handler Craig, I think these are pretty cool, Tunga is a mean fighter in game as well. 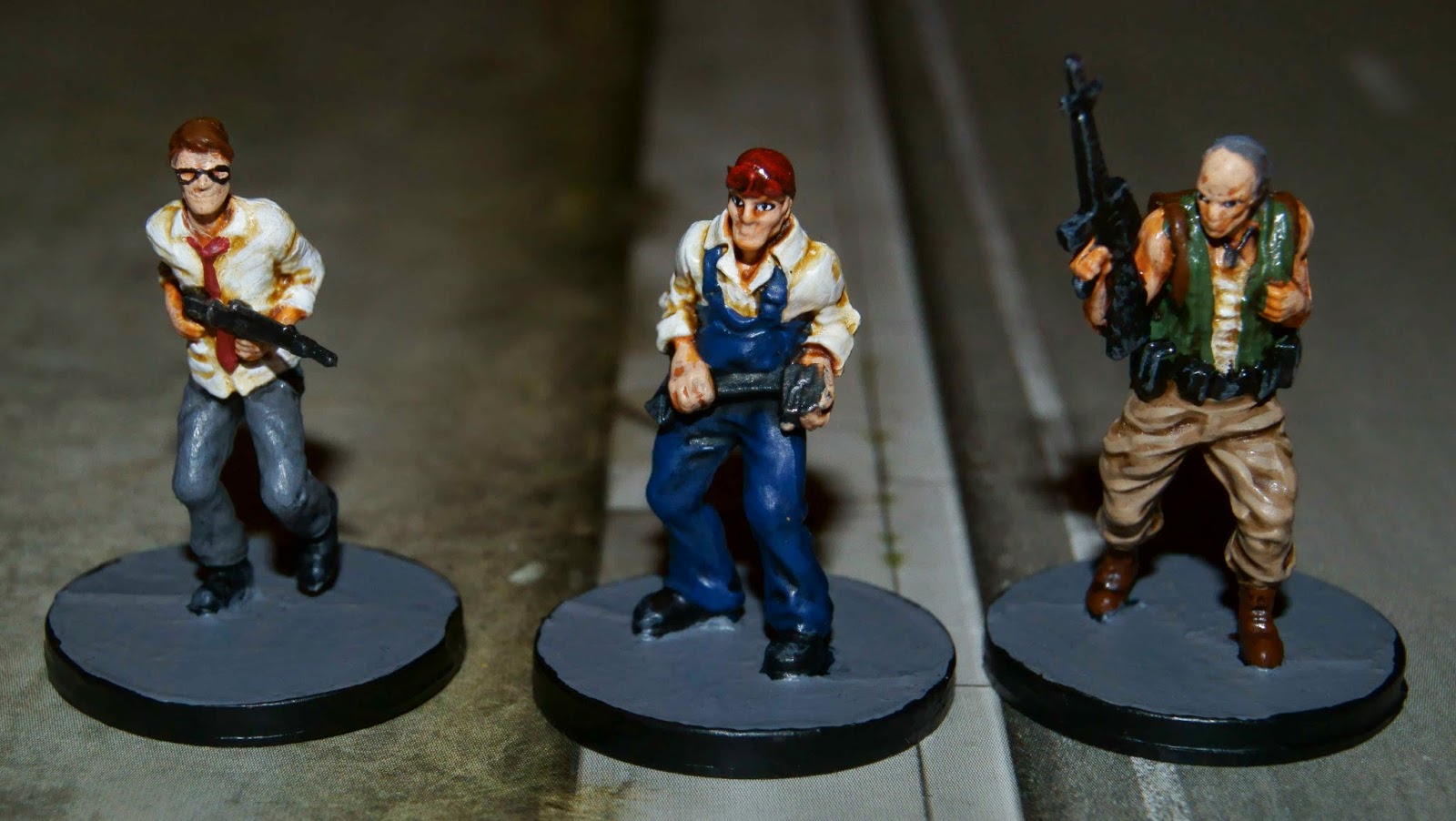 The second squad of martian Grunts 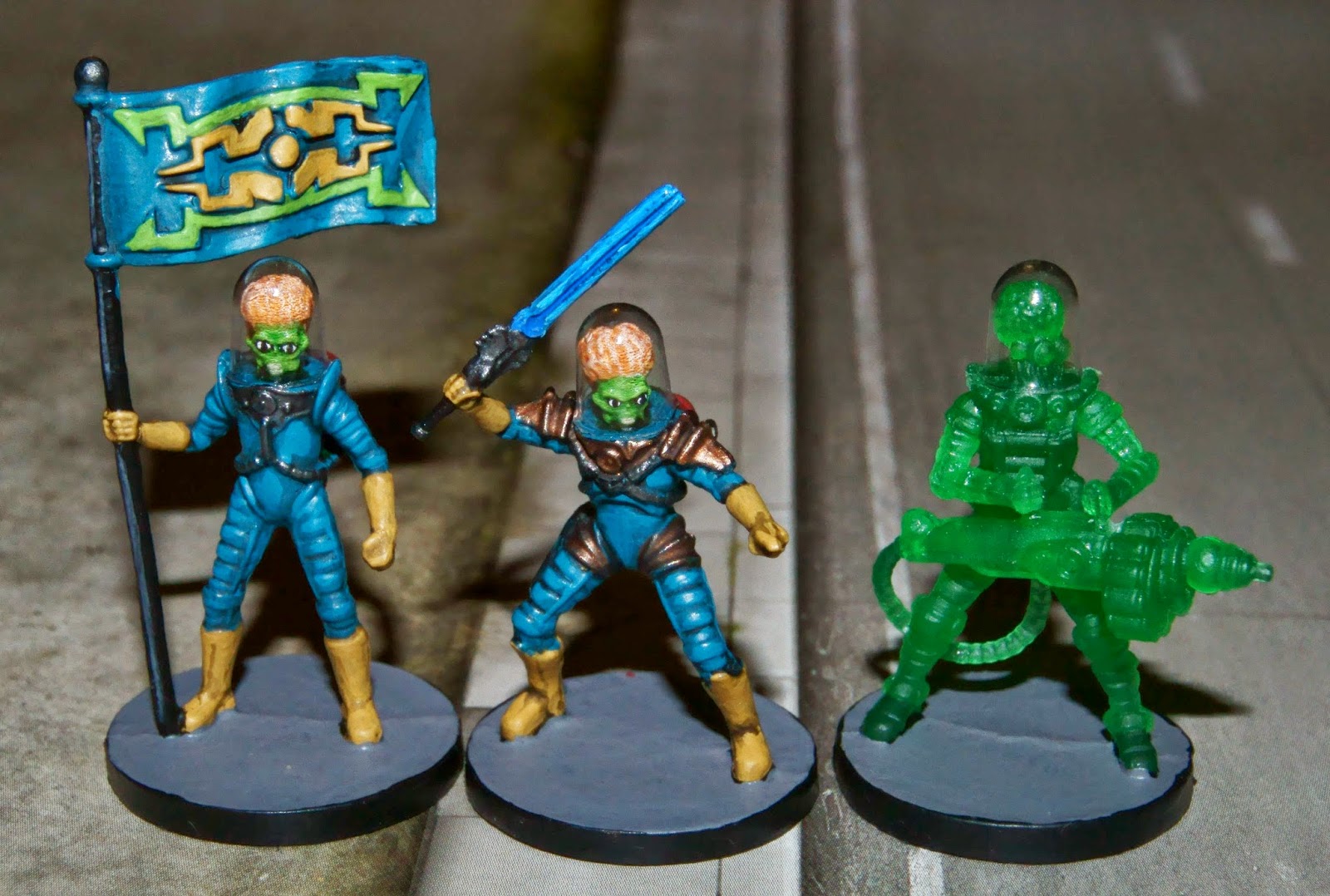 A kickstarter bonus martian Flag waver and the Master of Science heavy (with a minimalist paint job) and in the middle General Zar from the 'Attack from space' set.