A while back now I made another one of my impulse purchases from The Works, this time coming away with the board game Temple Run, which is based on the popular app for phones/tablets.  I was addicted to the 'temple run 2' app for a while and when I saw this at the bargain price of £4.99 I couldn't resist giving it a go.  That was around 6 months ago, last weekend we finally played a couple of games. Gameplay is rather simple and your aim is to be the last runner standing and get the other players eaten by the evil monkey daemon who runs after you.  On your turn you first hit the timer and then roll the five dice, this dice will either show a monkey symbol, one or two people or be blank, apart from the monkey symbol any dice may be re-rolled as many times as you like until you either hit the timer, or the monkey screams via the timer.  You then either move to the back of the pack (if you left it to long and heard the monkey) or move forward the total number of people you rolled, any monkey symbols move the monkey forward and closer to the runners.  The dice mechanism is similar to the one in travel risk and works well, I'm not normally a fan of electronic timers, but in this case it adds to the tension without becoming overbearing. 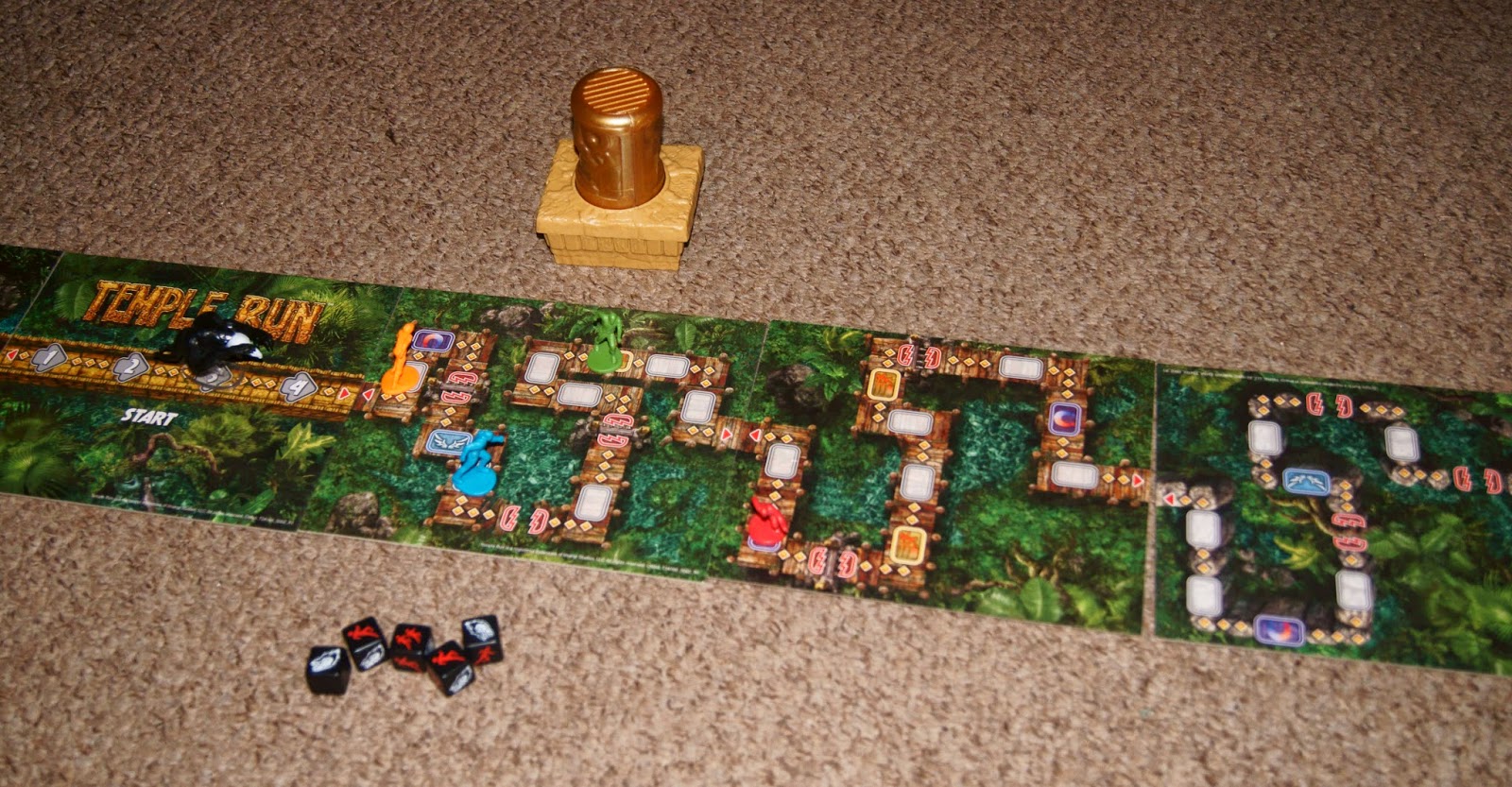 Apart from that there's only a couple of other features, first you have to be aware of the obstacles in the path ahead as if you hit one that's instant death!  There are some power-ups to collect which can help you get further along, avoid getting killed by an obstacle or steal a power-up from an opponent.  The board is also never ending and simply recycles round. 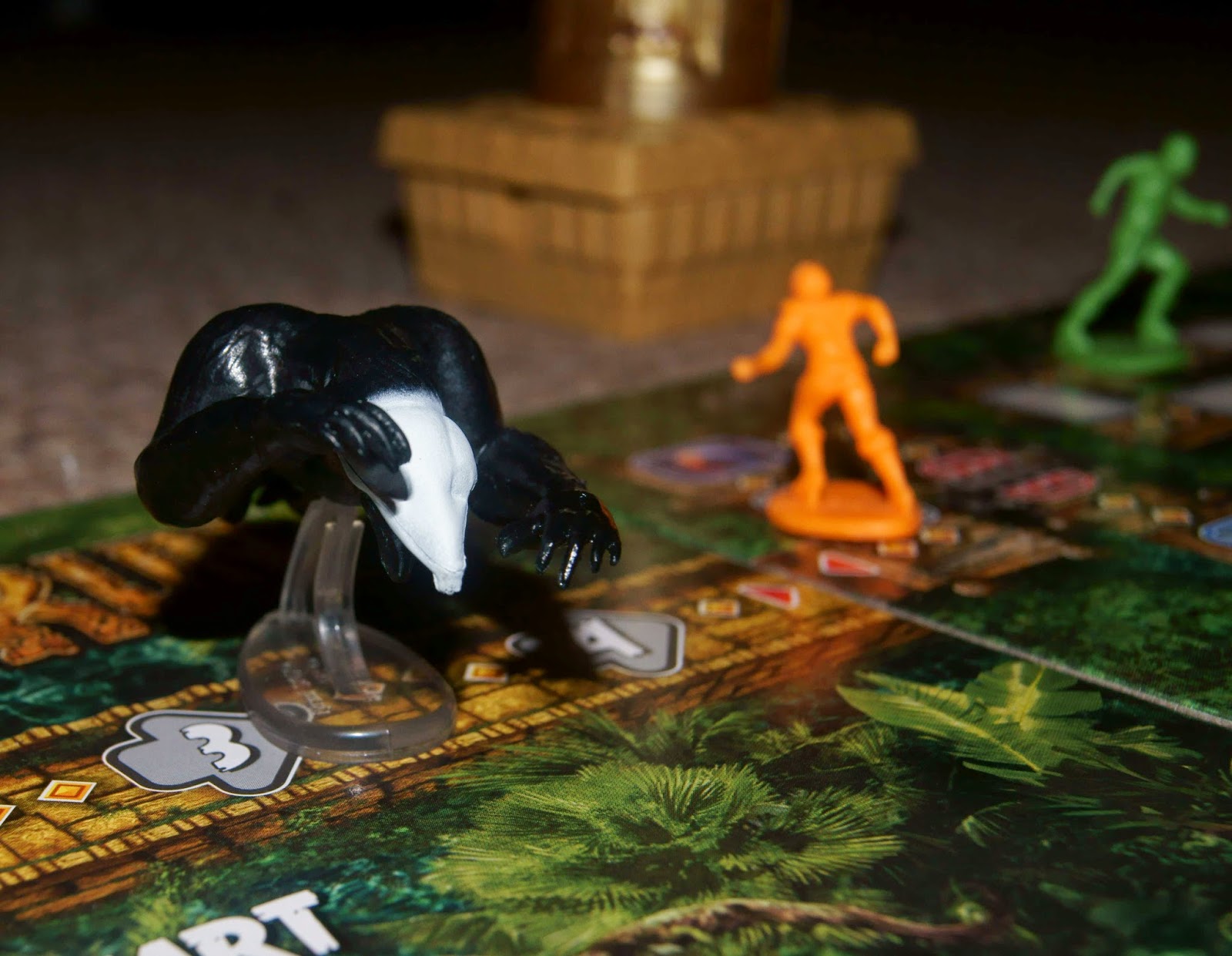 It's quick as well, our games were taking 15-20 mins to complete.  If (when) you do get eaten by the monkey on your turn you get to roll the dice once to see if you can get the monkey to move forward, this has the effect of speeding up the game as more players die, which is good as nobody likes waiting around for a game to finish after you've been killed.

The components are of OK quality, but aren't great, this is a cheap game, and it shows.  Having said that all the bits do their jobs fine and having high quality components would raise the price to the point were it wouldn't be worth it for the level of gameplay included. 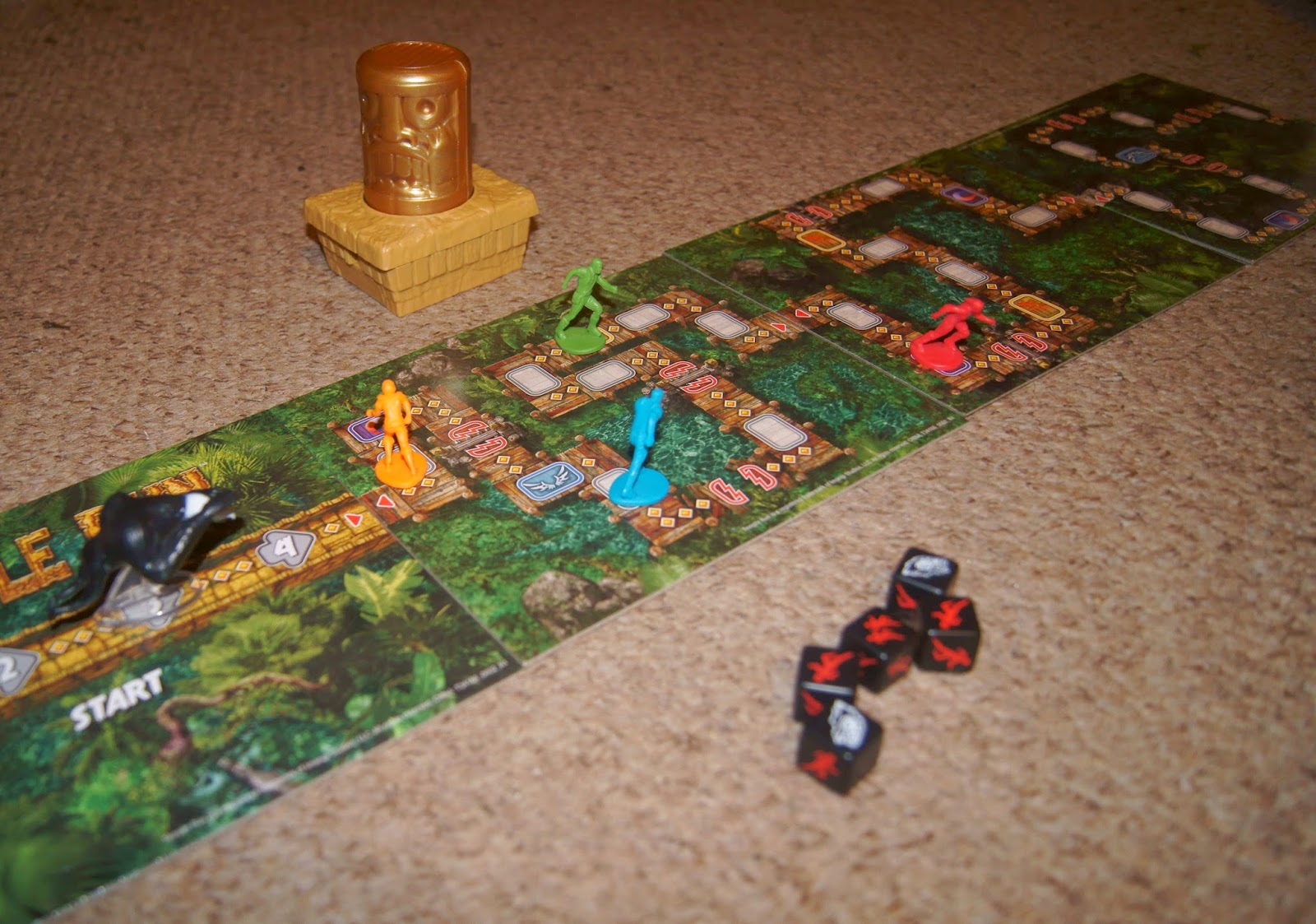 In conclusion, this is actually a pretty good light hearted game suitable for all ages and levels of gaming immersement, it won't keep you occupied all afternoon, but will provide a bit of quick fun.  Recommended at discount price even if probably not at full retail.
Posted by brownk29 at 21:31:00