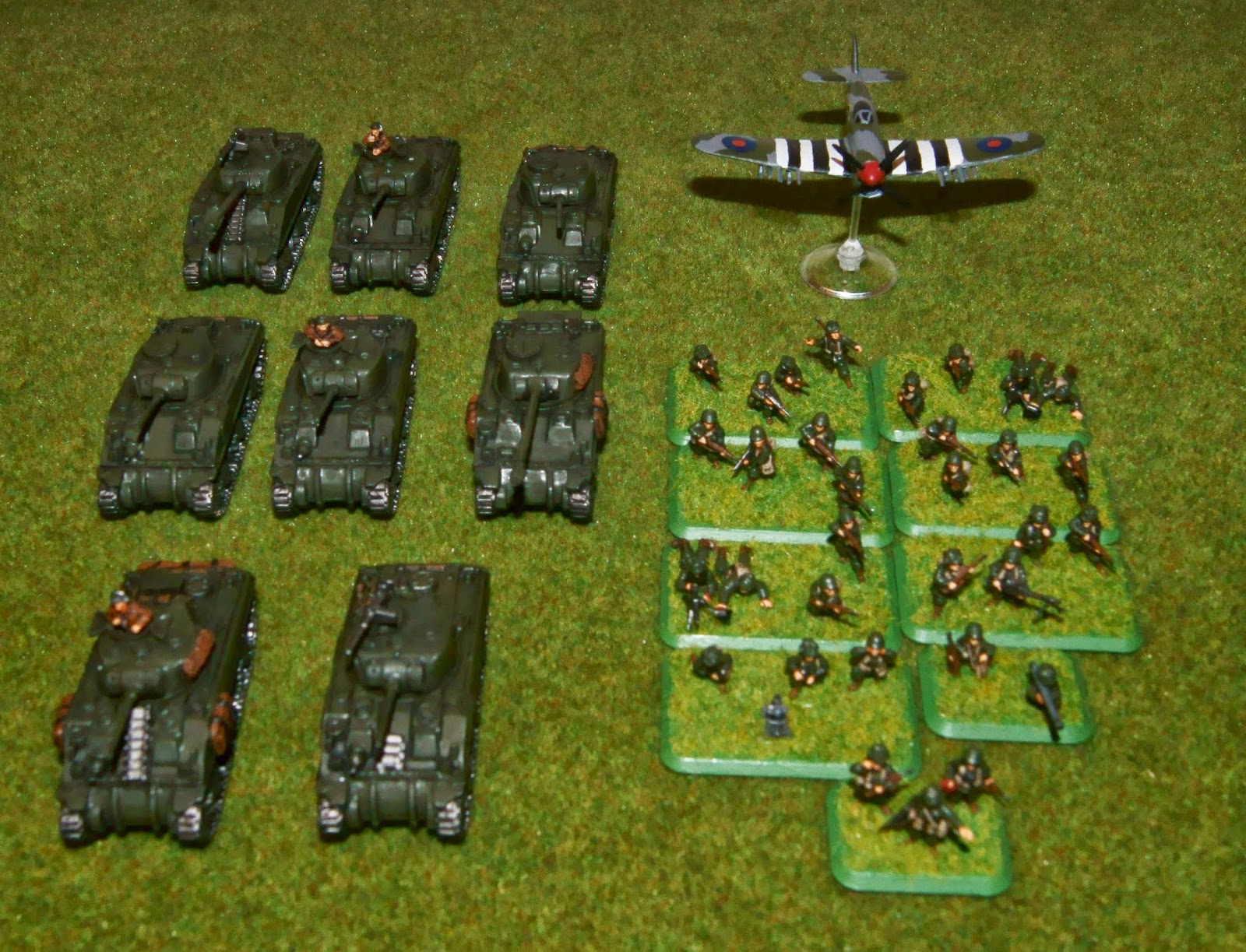 I've  now painted all my allied forces from my open fire boxed set for flames of war.  It came to a solid 830pts and a quick look at the army list provided and I spied an opportunity to add 170pts with a single typhoon model, which makes it a nice round 1K force with very little effort.

The core of the force are the Sherman tanks crewed by the British, with a HQ section of 2 tanks and 2 platoons each with 2 Sherman V's and a Sherman Firefly.  I've not played a real game with them yet, but the shermans look like quite passable infantry tanks, but not very effective at anti-tanks duties, which of course is where the fireflies come in.  These are great little models and I really enjoyed painting them, it was really quick and easy as well.

The British are supported by a platoon of American airborne infantry, whilst I enjoyed painting the tanks, I didn't enjoy painting these anywhere near as much as the tanks, but I'm happy enough with the end result.

Finally we have limited air support from this Hawker Typhoon.  This is a very cheap model (£2.25 inc. postage from ebay) in 1:144 scale from the Revell microwings range (flames of war planes are in 1:144 scale not 1:100 scale like the rest of the range, I have no idea why, maybe someone can enlighten me).  It isn't the greatest model ever, the moulding is poor and there is no option to have the landing gear up, I had to improvise as a grounded plane wasn't much use to me.  However it does allow me to play around with the air rules for very little investment. 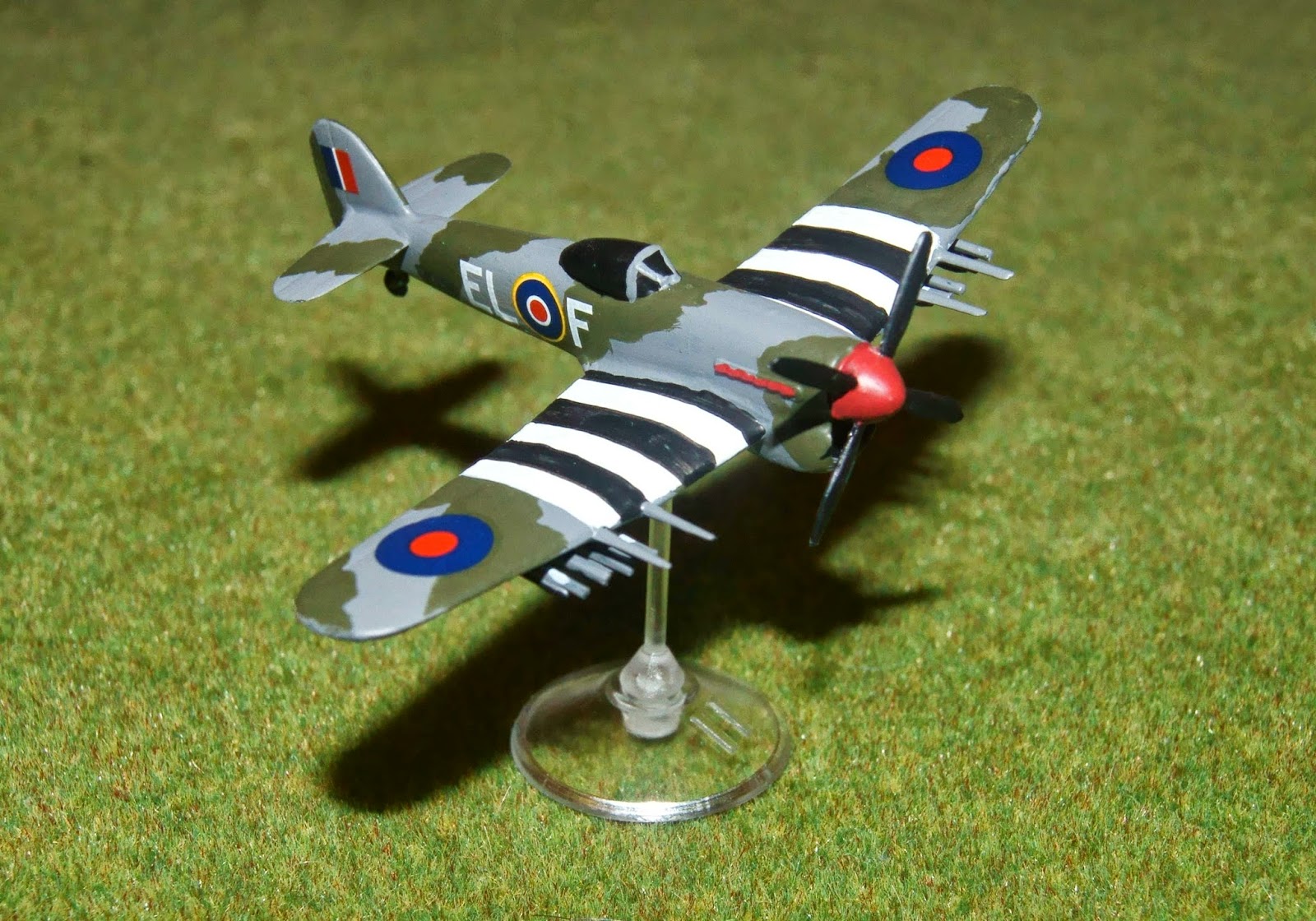 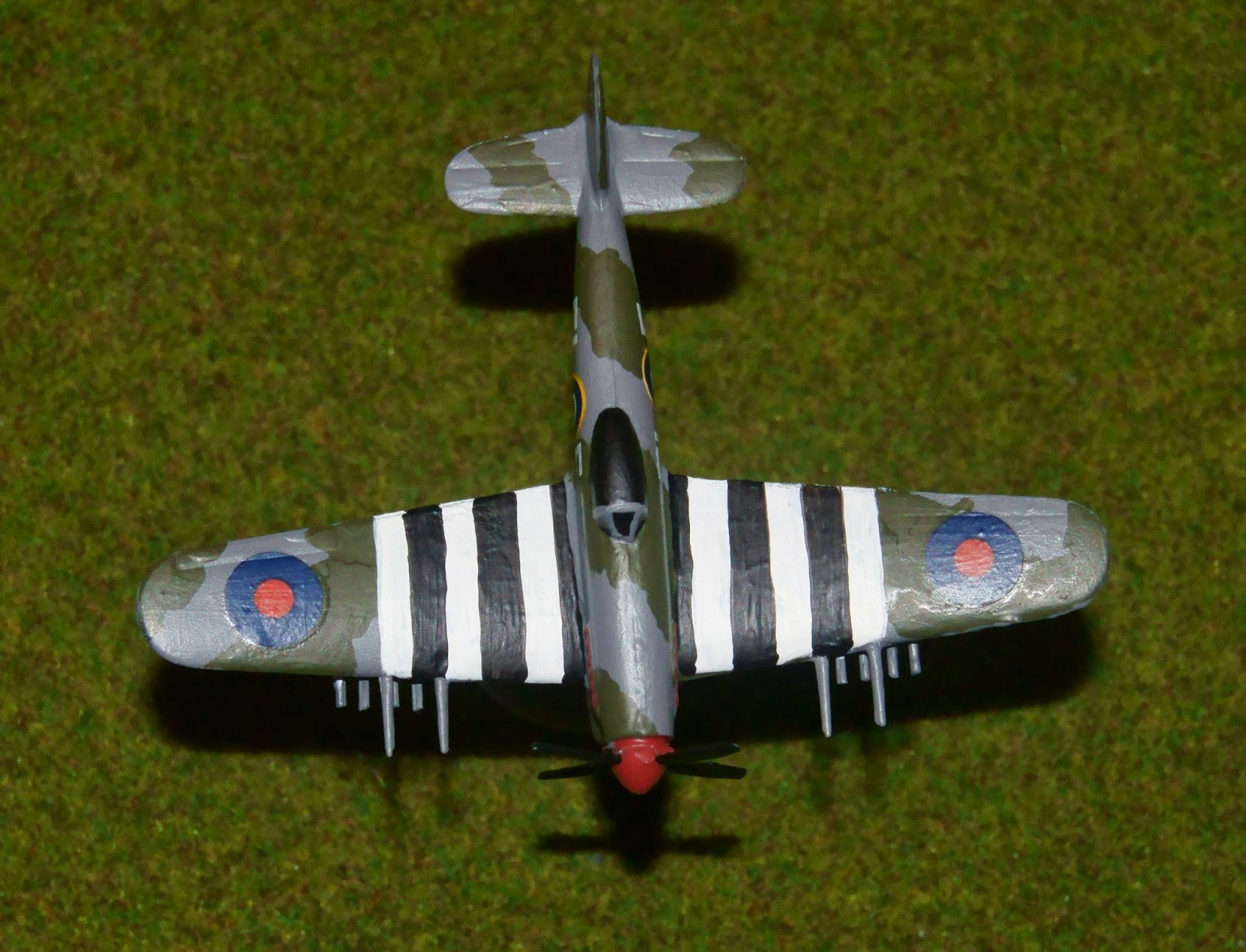