In my post on my recent acquisitions for flames of war I showed off my new platoon of Stuarts from the plastic soldier company and highlighted the insane amount of spare parts that came with the kit and I asked for some suggestions of how to use them.  Luckily Red Dog came to my aid and suggested I tried to make some Jalopies out of them.  I have to confess that I'd never heard of a 'Jalopy' at this point, but after a quick bit of research I discovered what he was on about, turretless Stuarts found in some late war British lists (I've even found a list they feature in amongst the many I've downloaded from battlefront over the last couple of years), it seemed like I might just be able to make it work and decided to give it a go.

The first step was easy, stick the tracks to the chassis, but this highlighted the essential problem, whilst most of the parts to create a new tank were there, certain crucial bits were missing.  There was no bottom fronts, backs or bottoms.  The fronts were built from the spare ammo carriers from the late production model tipped upside down, the backs were just a bit of thick card decorated with stowage, and well who needs bottoms anyway. 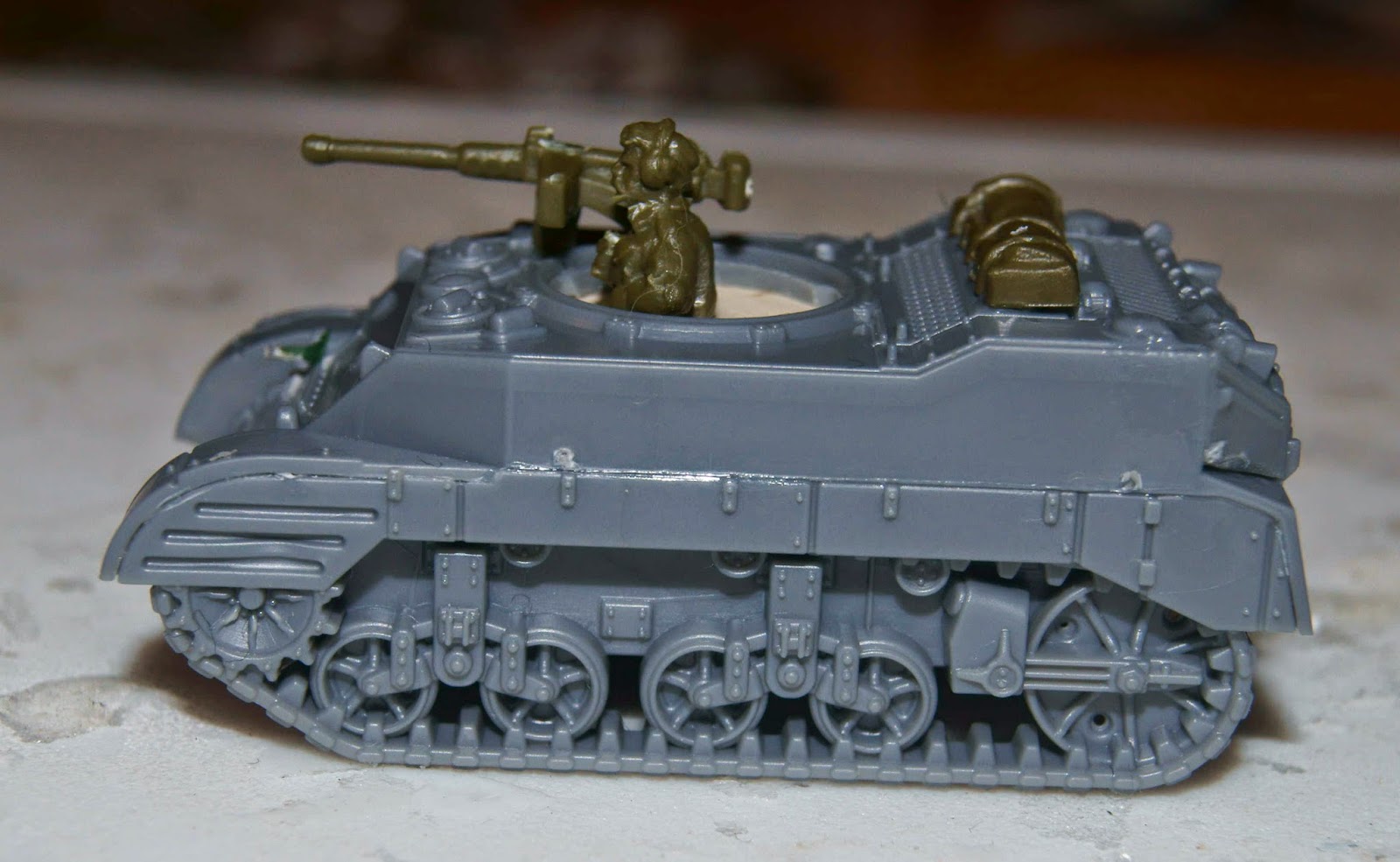 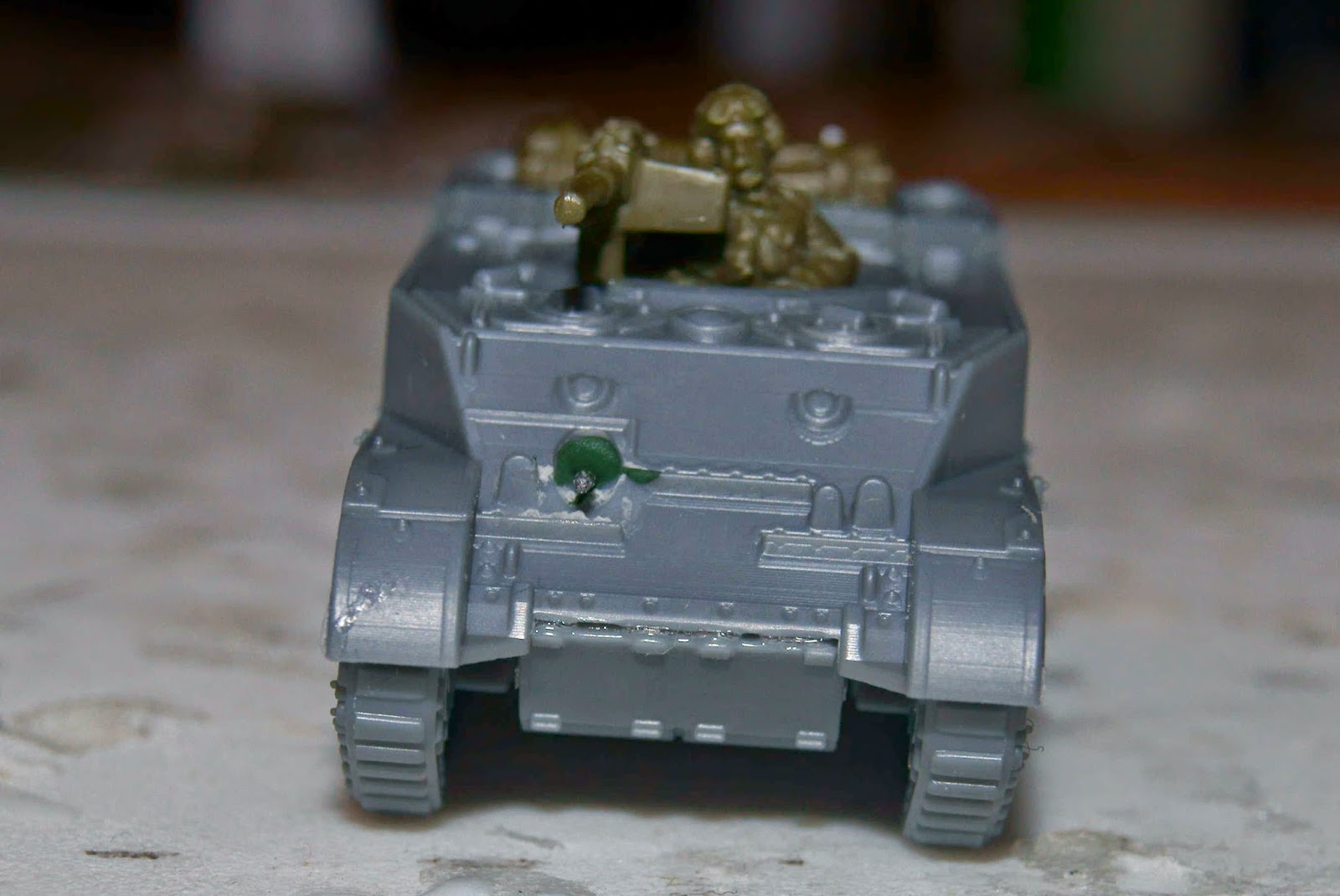 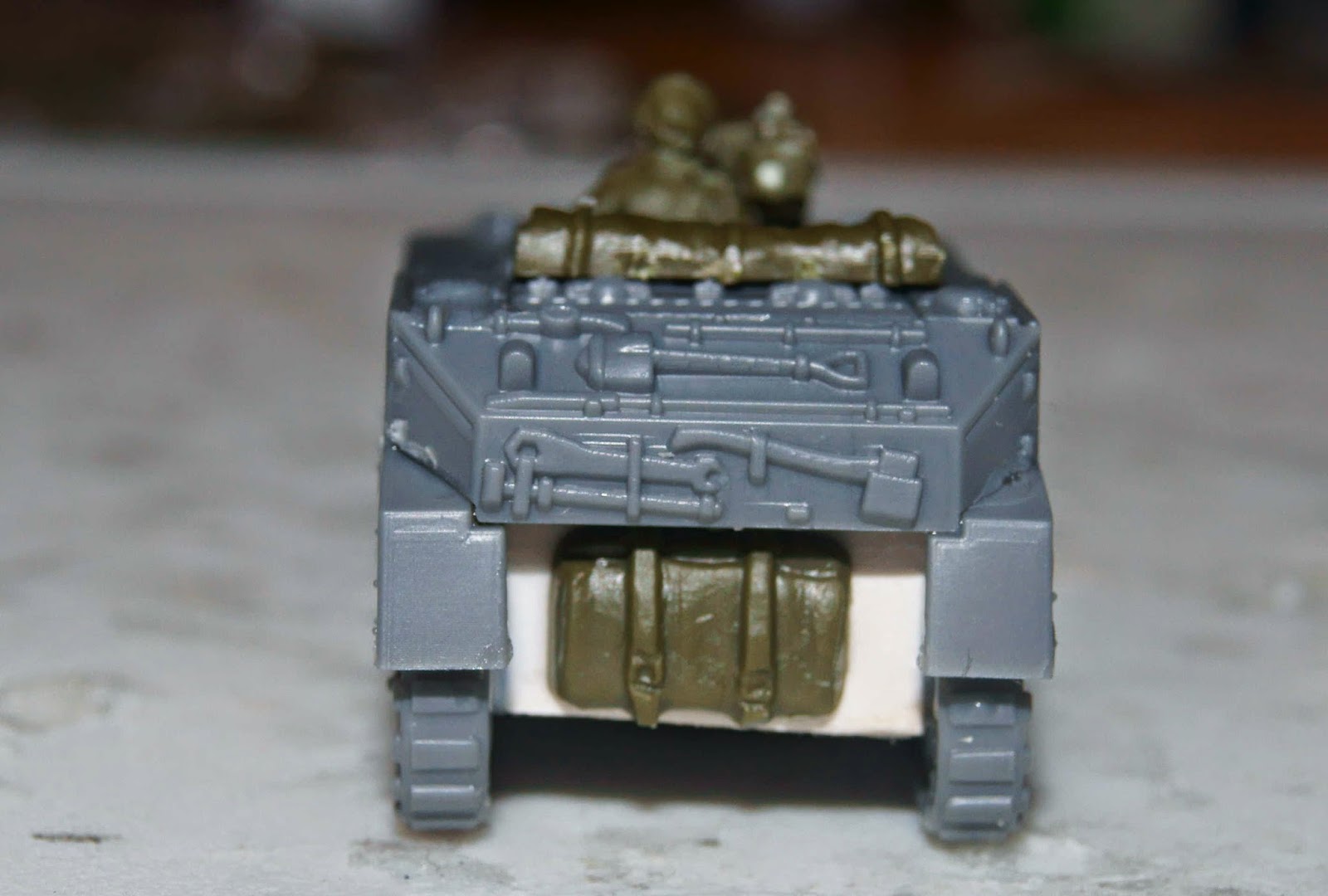 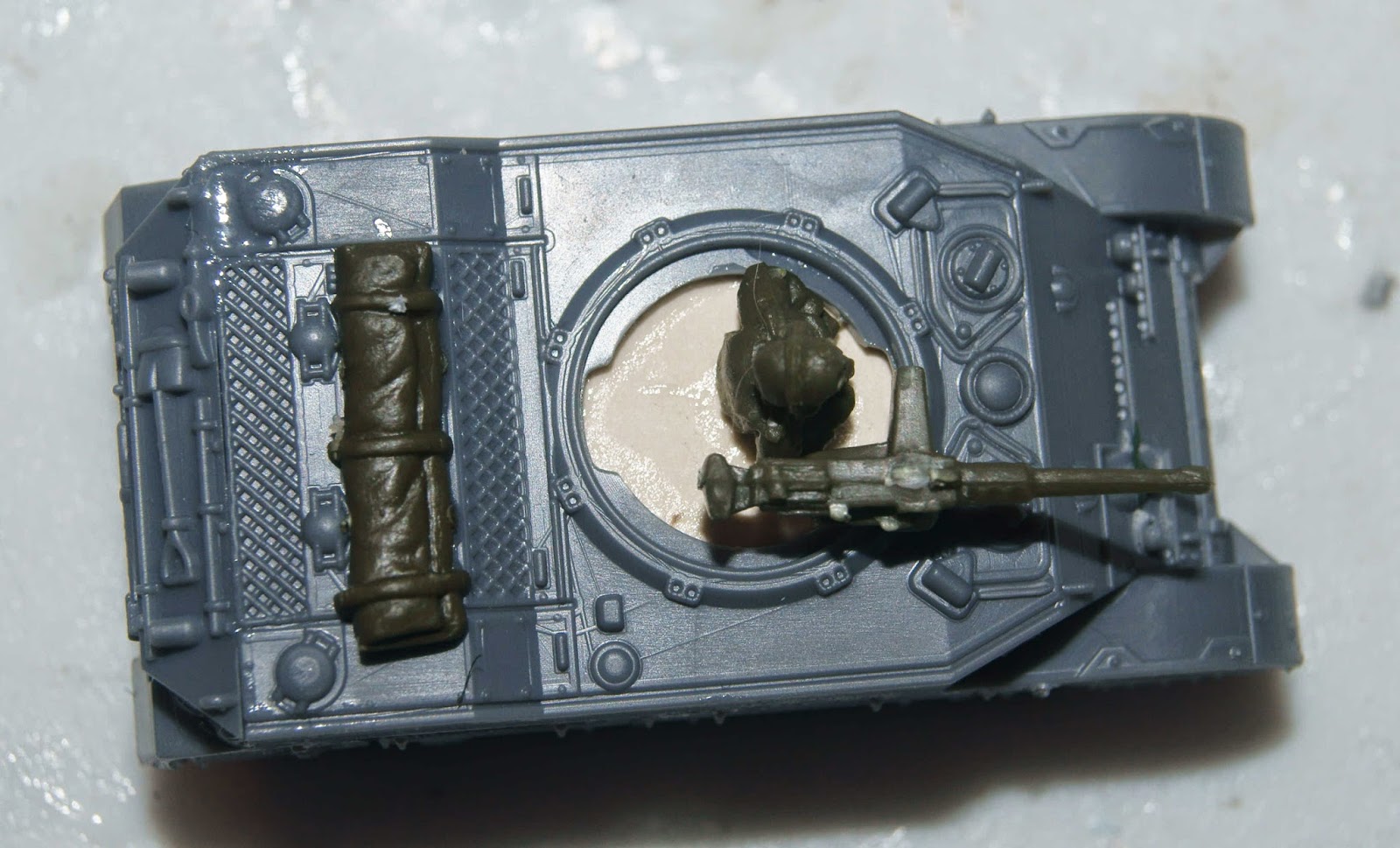 I affixed another piece of thick card under where the turret should be and then added spare tank commanders and machine guns that I had left over from the Open Fire boxed set.  All that was missing then were the hull mounted machine guns which I created simply with a small section of stiff wire with a dash of liquid green stuff to cover the joint. 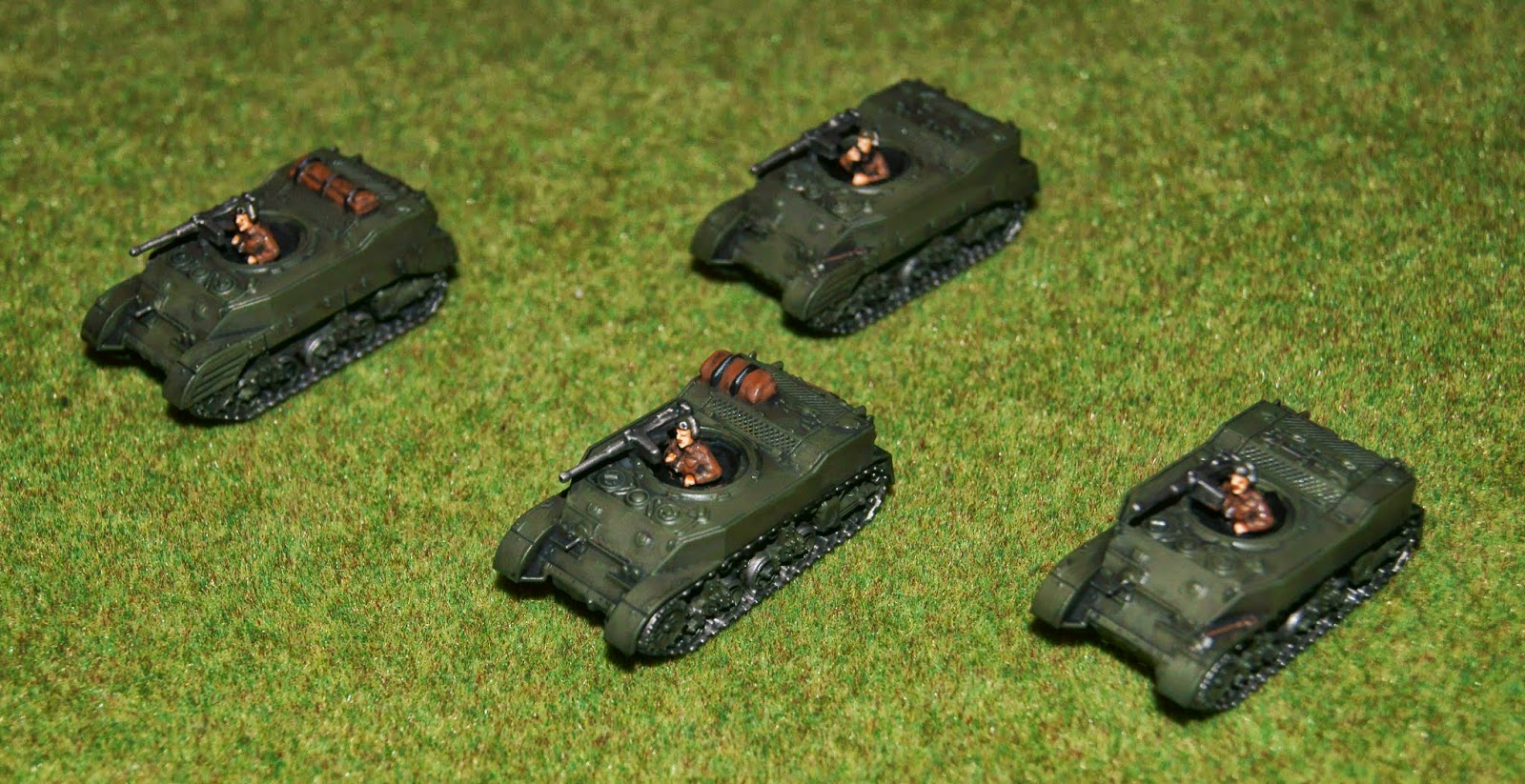 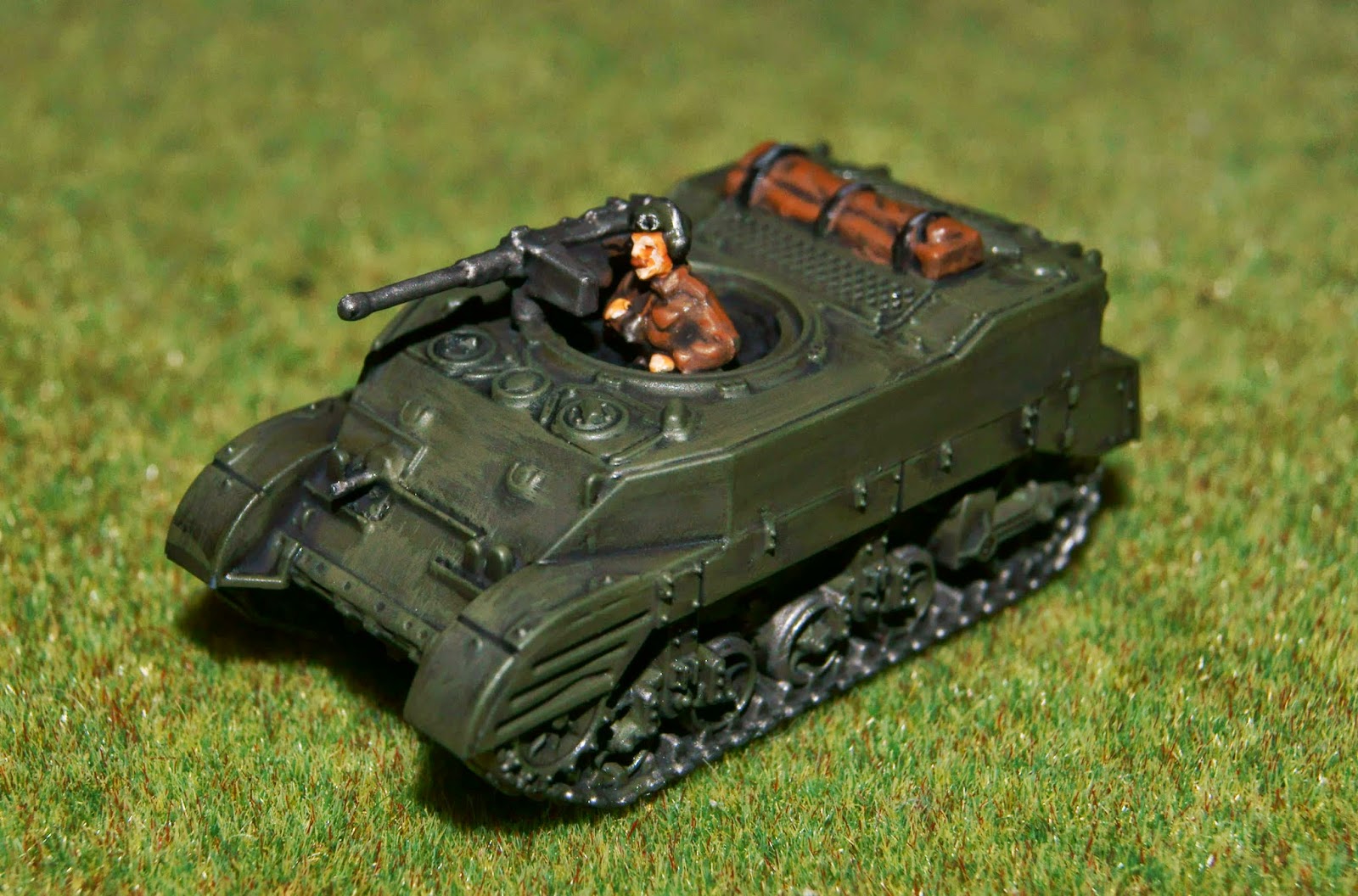 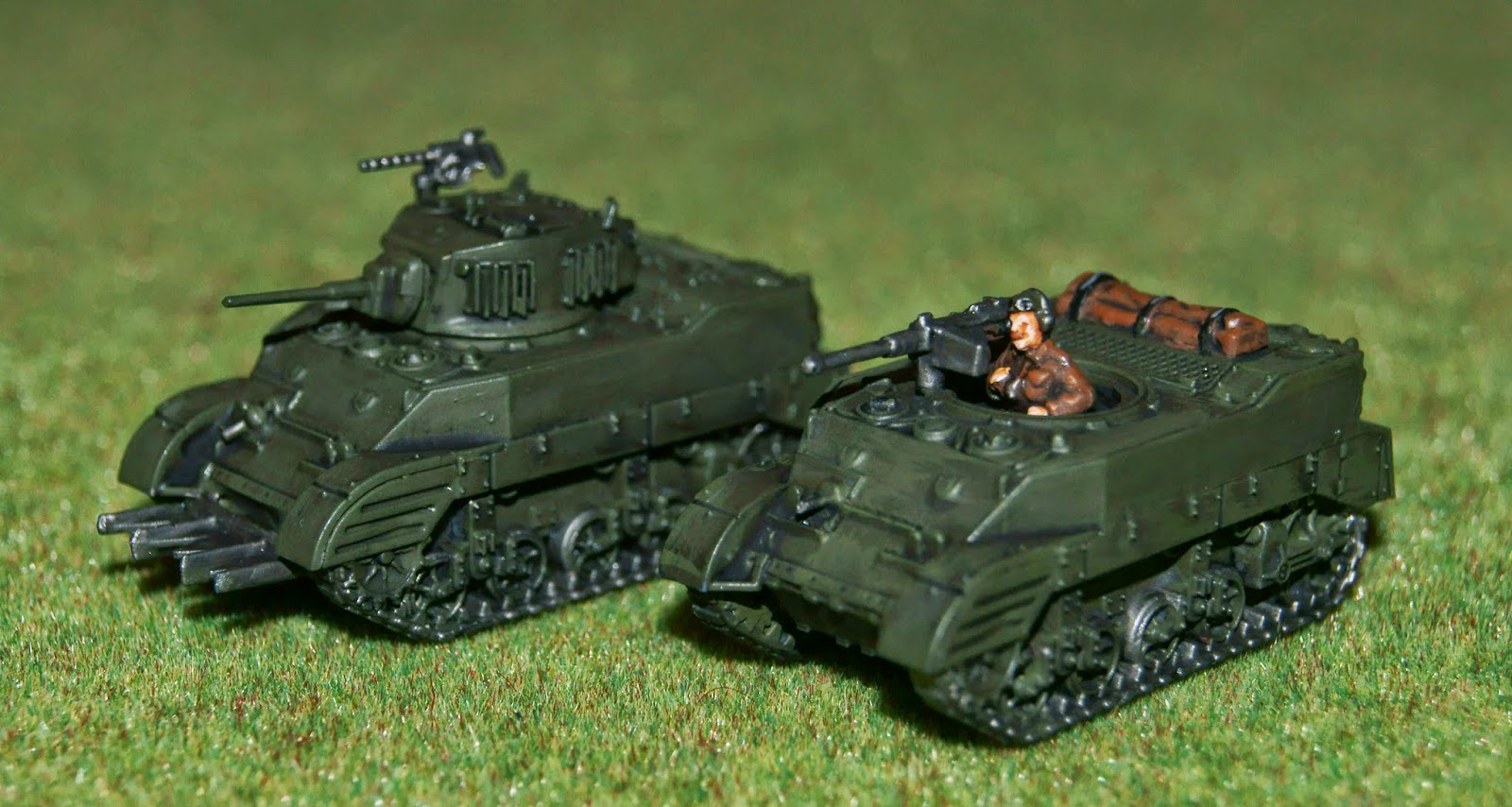 I know that these aren't perfect, but I'm really rather pleased with myself for creating what are essentially four free tanks!  Thanks again to Red Dog for such a great idea.  On a final note does anybody know what 'Jalopy' means?  Its seems like an odd name. 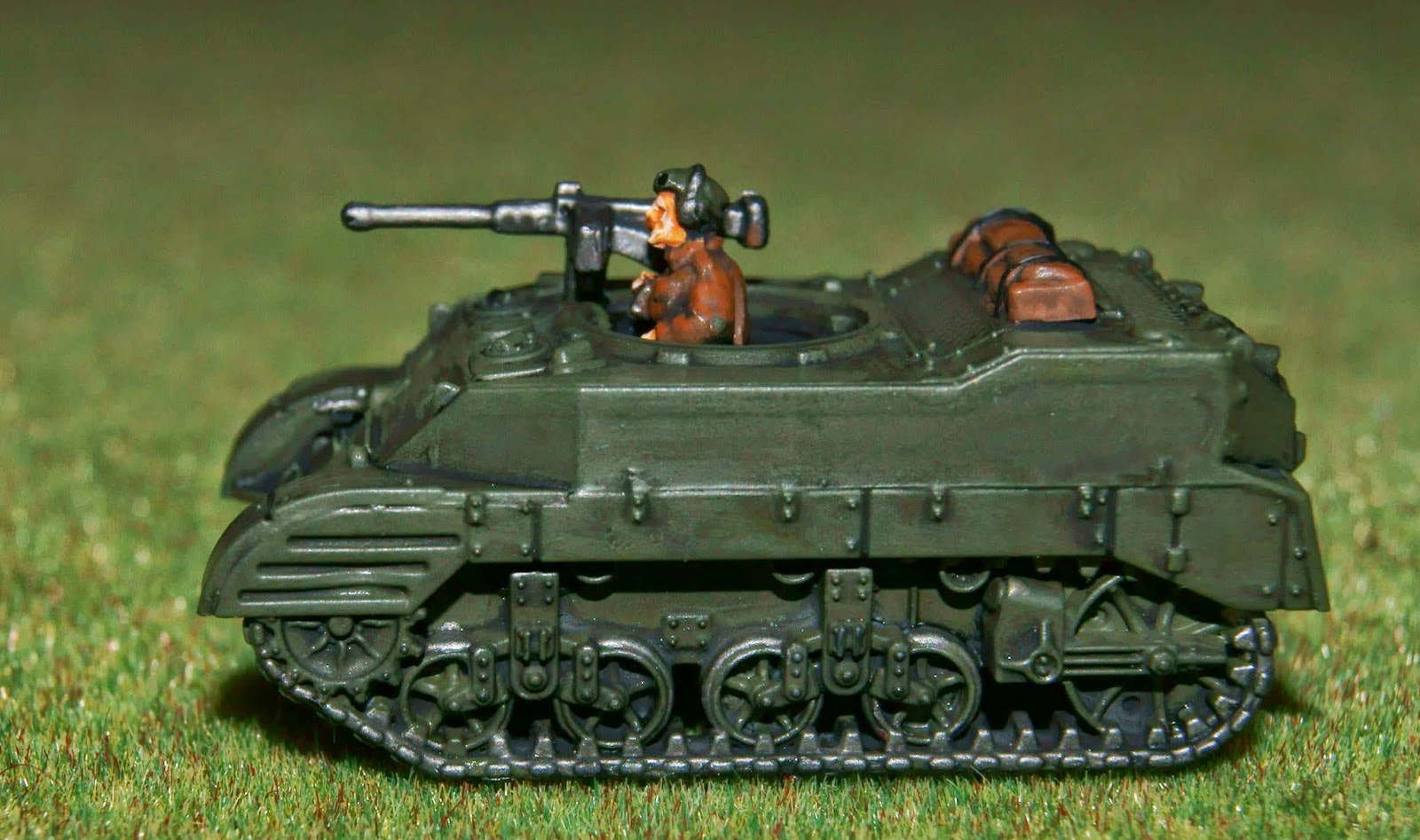 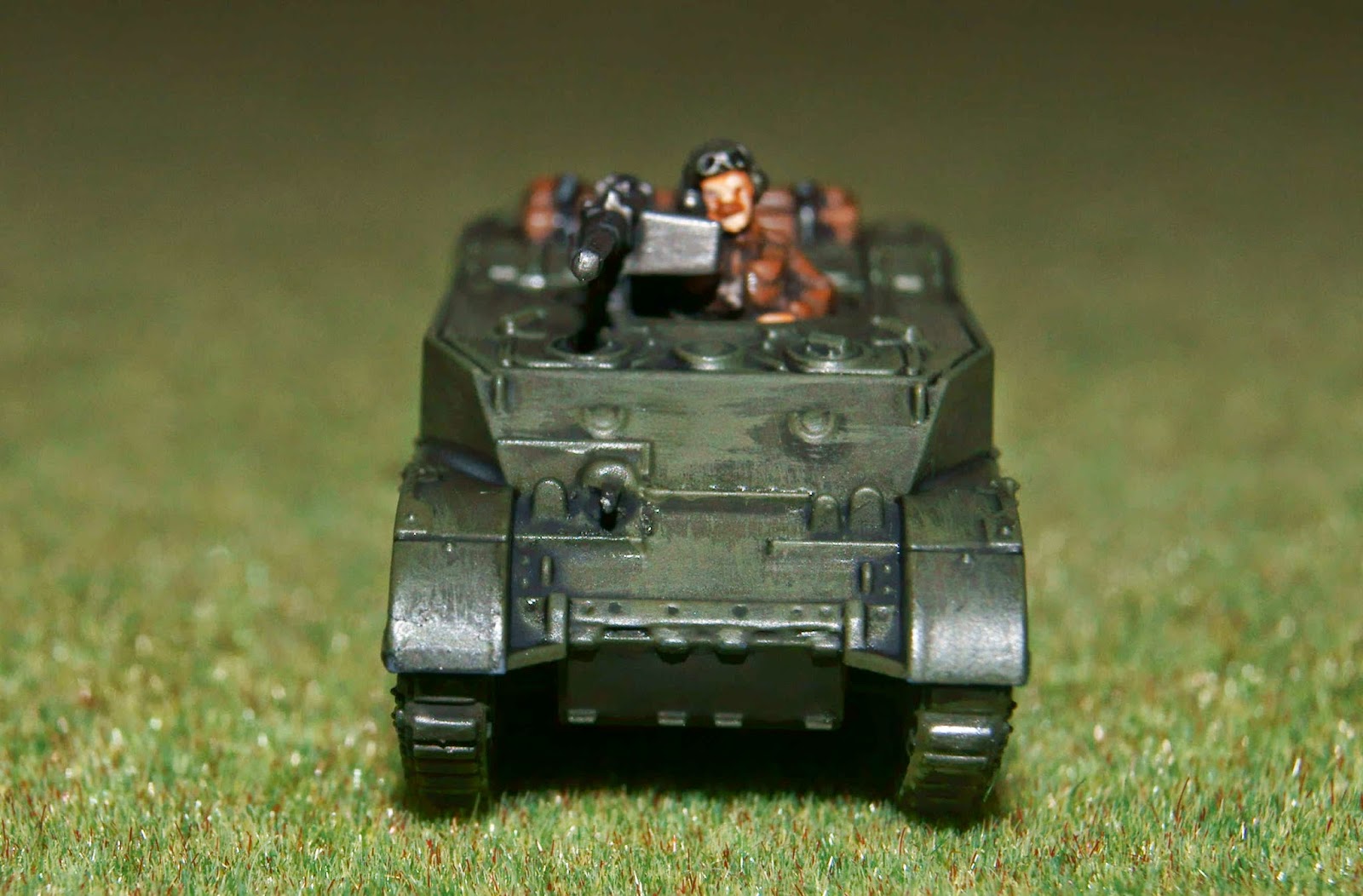 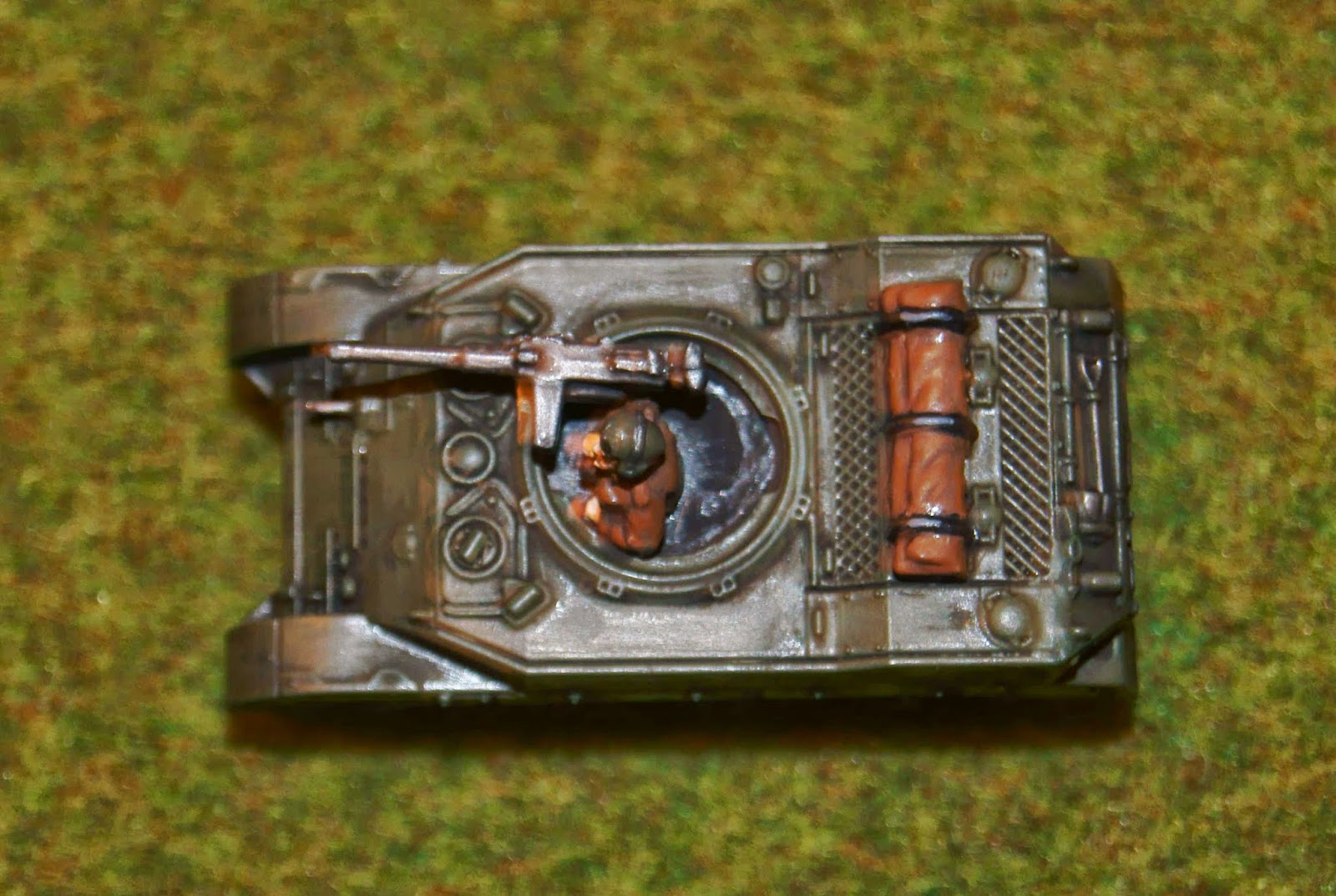 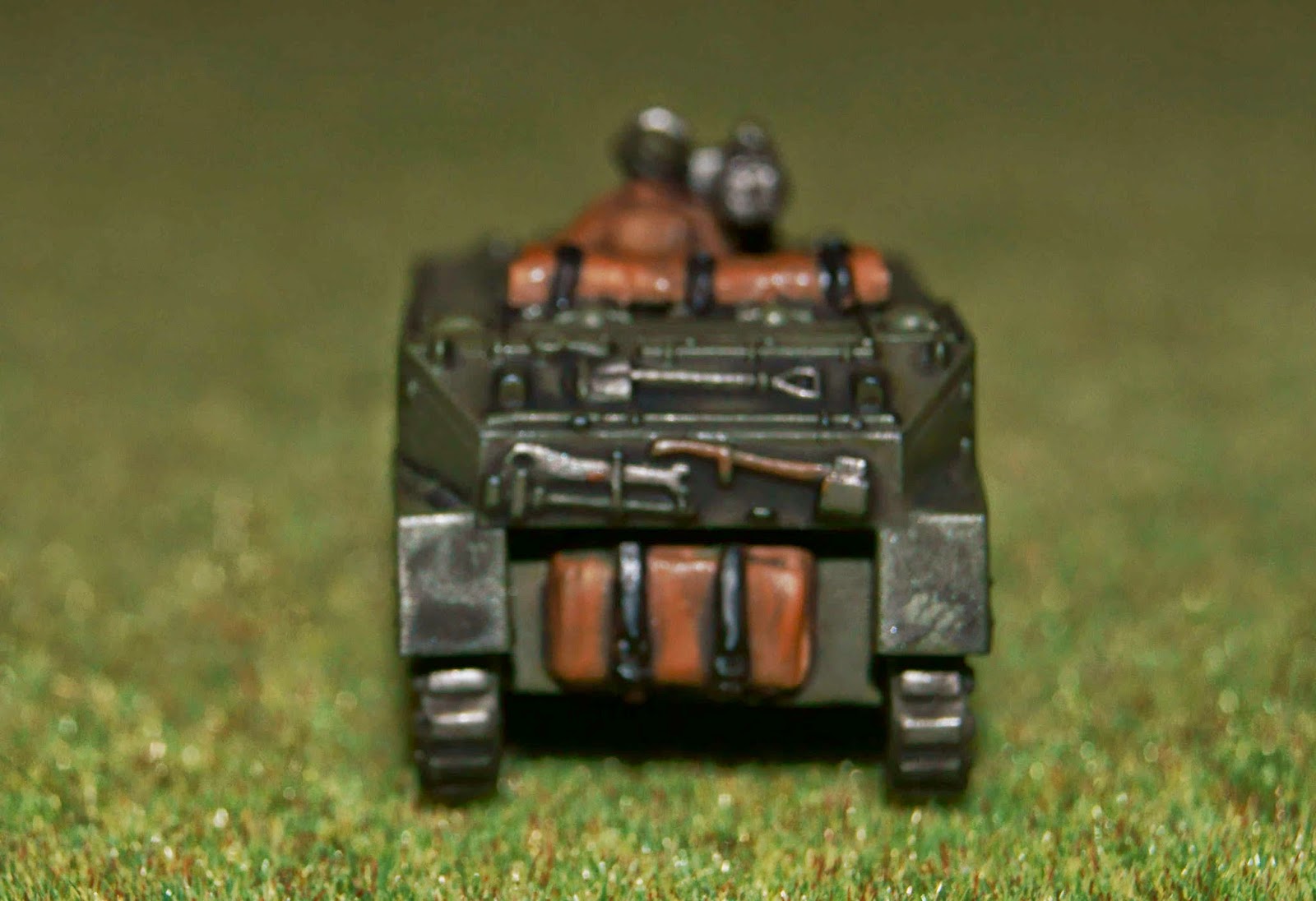