Whilst we've impatiently been waiting for Dungeon Saga to arrive we decided to fulfil our Dungeon craving by returning to an old favourite, Warhammer Quest.  This uses the Warhammer fantasy range extensively and most of the monsters that are encountered I can draw straight from that collection, occasionally though something pops up that we have to proxy, Mummies were in that category, until now that is.

I got these four classic mummies off of ebay, these are over 20 years old and are from a time before Vampire Counts and Tomb Kings had been separated into different armies.  I remember them coming out not long after I started collecting Citadel minis actually.  They're a little two-dimensional, but I think on the whole they hold up pretty well to todays standards.  As my Undead army is Vampire Counts I've given them Warhammer Quest specific bases as that's the only game I can see them being used in. 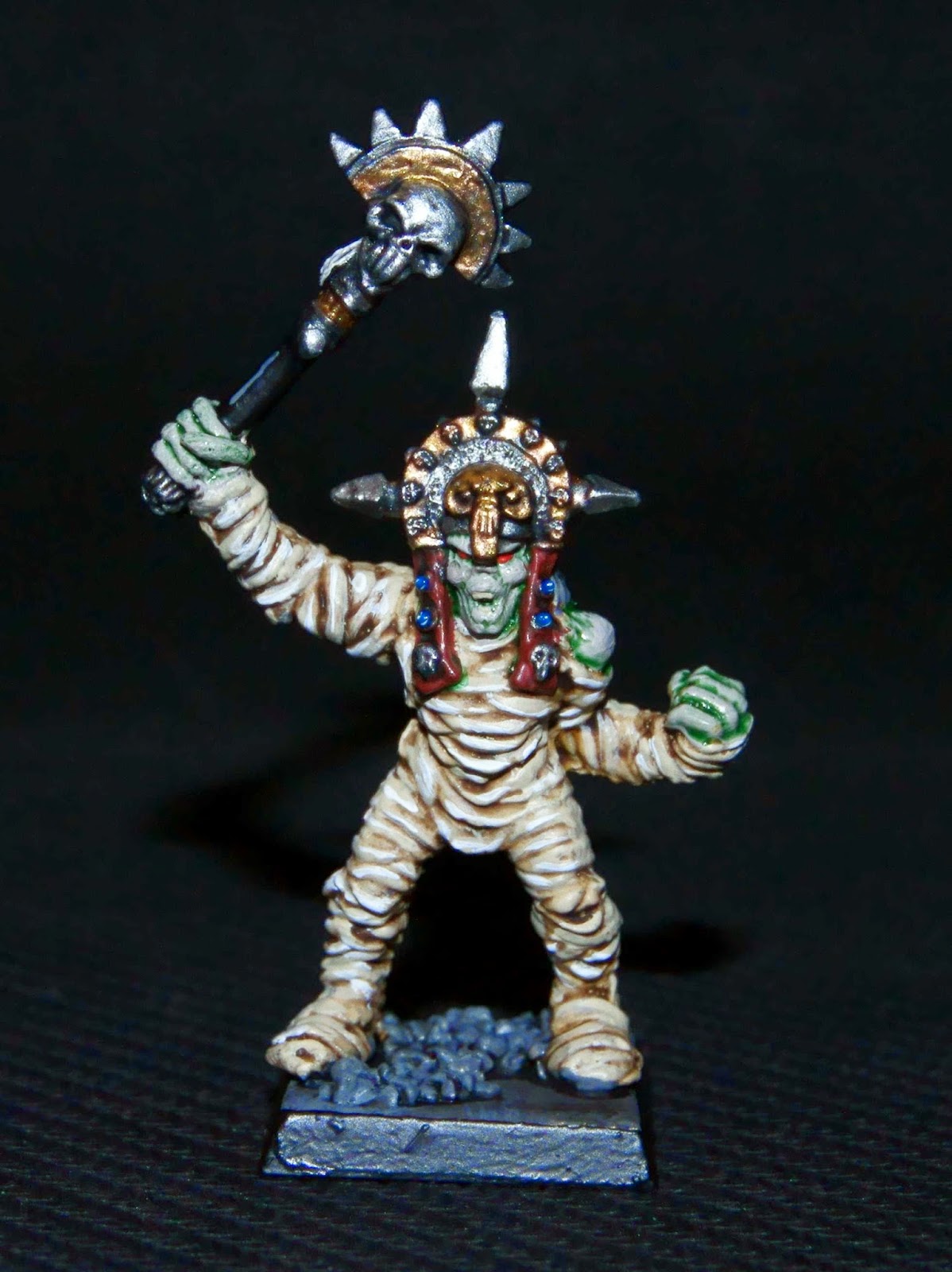 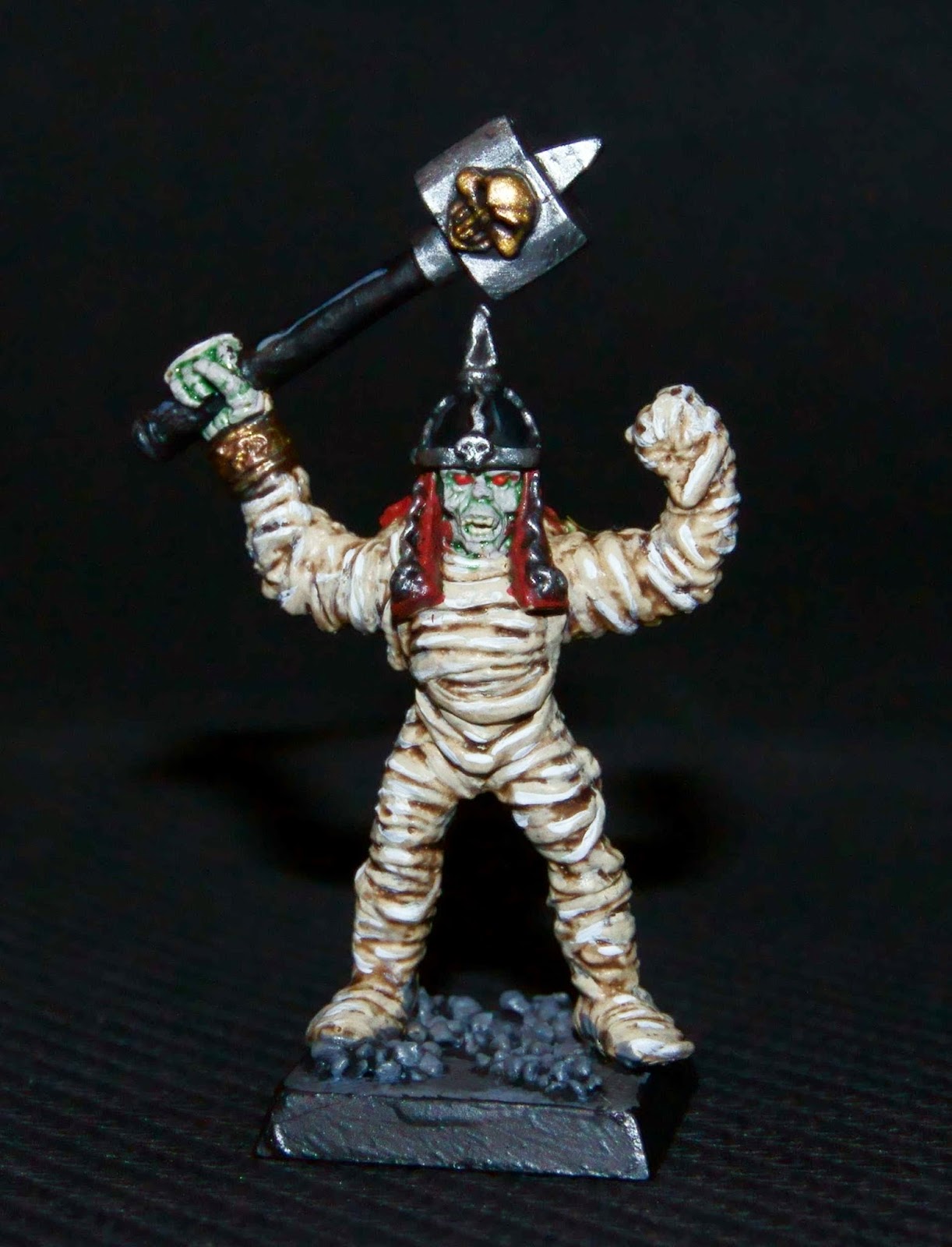 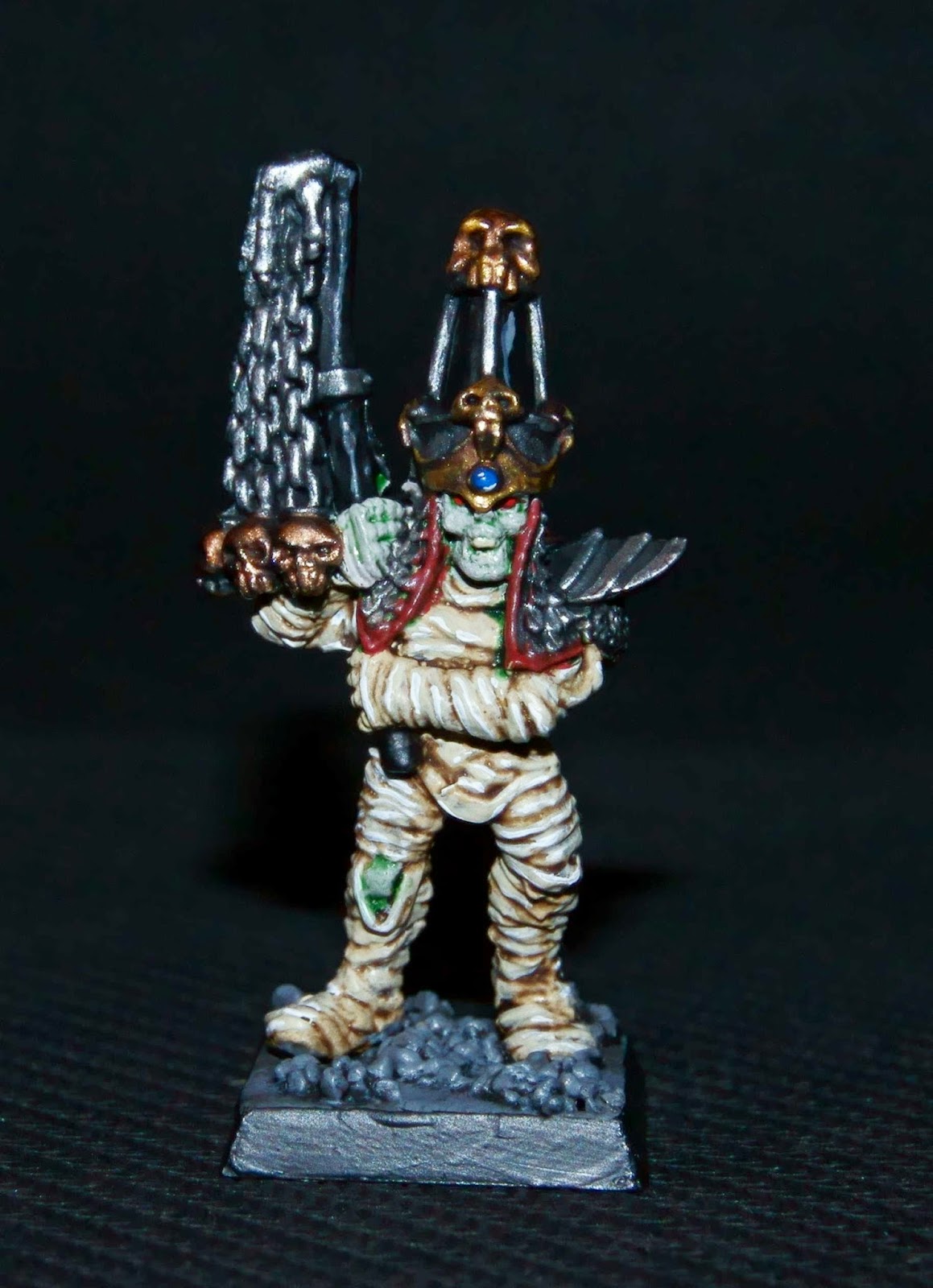 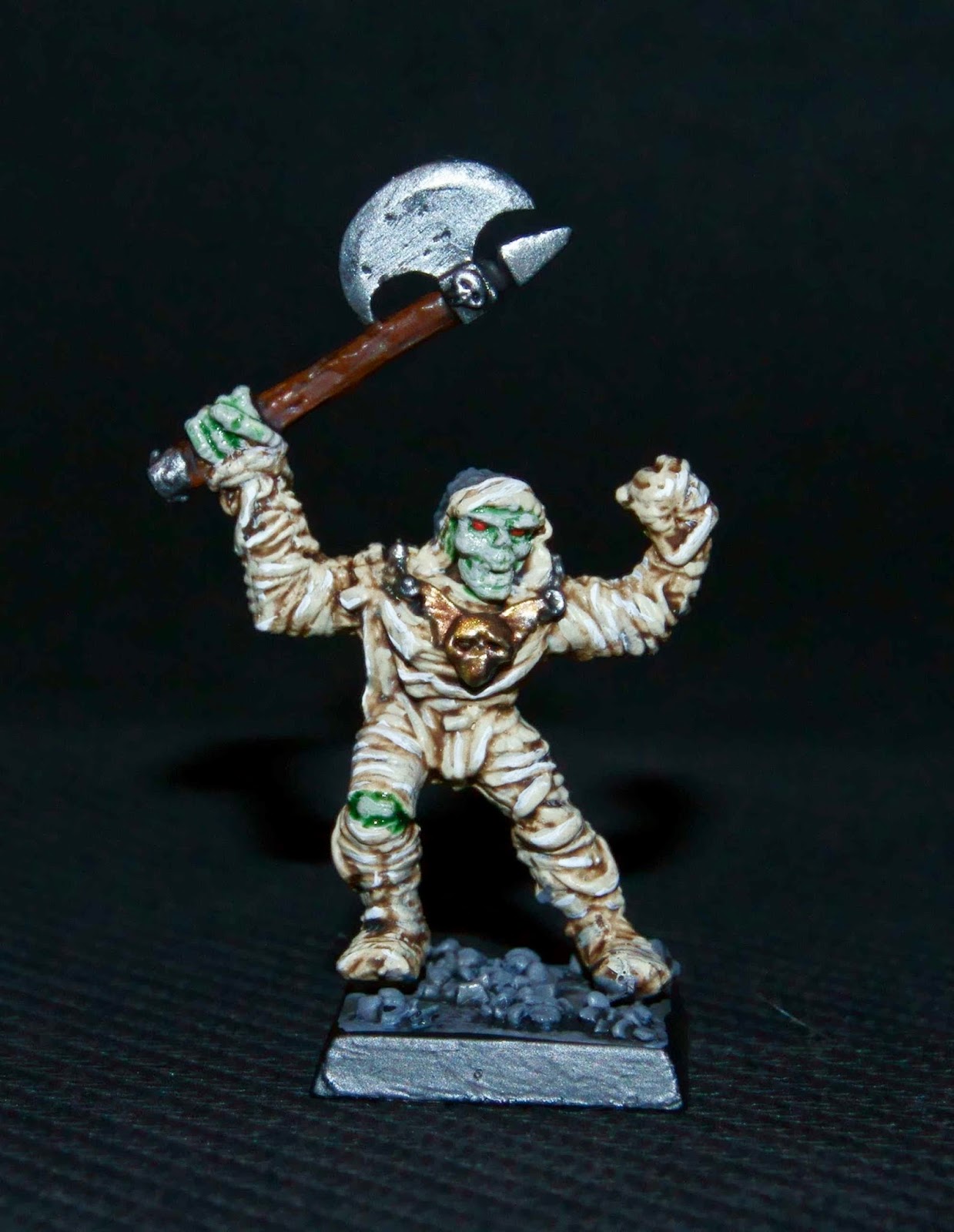