Since Dungeon Saga arrived it has been pretty much the only game we've played, and we've now managed to complete the campaign in the 'Dwarf Kings Quest' core set and will soon be embarking on the sequel 'The Return of Valandor'.  Both sets are facing off against the Undead, so I painted them all at the same time.  The base game gives you two of each minion and the expansion another one.  Both sets come with unique Hero and Boss sculpts.

Overall I'm very impressed with these for board game minis, they take the paint well, have good detail and have (so far) proved Mike proof.  The only real issue is that a lot of them came bent, but I've pretty well managed to fix that I think.  I've also tried to paint them up to match my Warhammer/Kings of War armies, so the Dwarf Revenants and Armoured Zombies match their living counterparts. 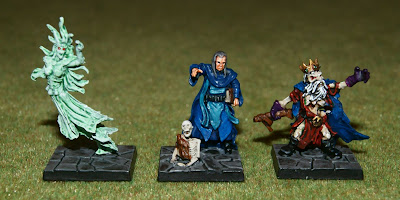 The bosses, Elshara the banshee, Mortibris the Necromancer and Grund the Undead dwarf king.  Anyone else think that Motribris has more than a shade of Denethor from the Lord of The Rings movies? 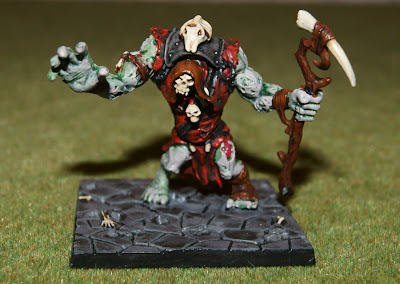 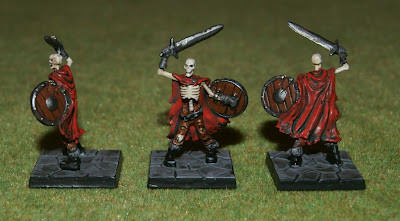 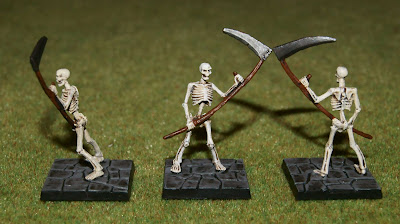 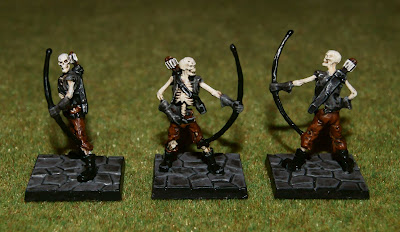 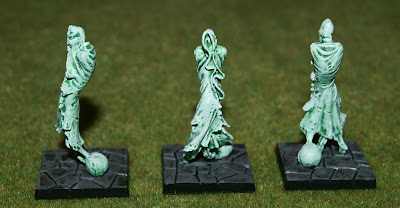 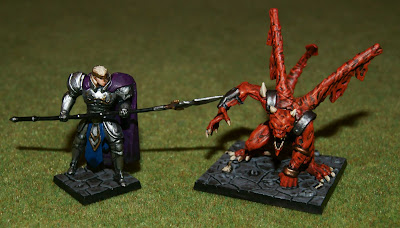 And finally a couple of bits of the furniture

Email ThisBlogThis!Share to TwitterShare to FacebookShare to Pinterest
Labels: dungeon saga, from the painting table, mantic