Kings Of War Kickstarter Wave 2 - The Forces of Nature


My second package from the Kings of War Kickstarter has now arrived which means I have a lot more minis to paint.  I didn't go overboard on this and the bulk of this package is the $50 Forces of Nature starter army. 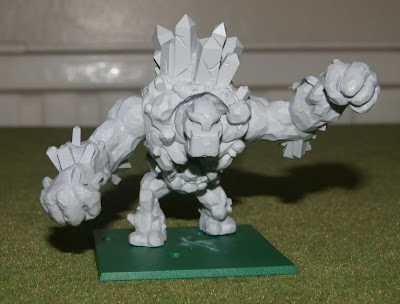 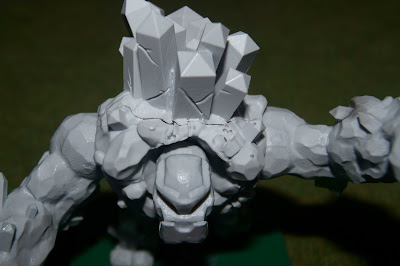 Lets start with the undoubted highlight on the set which is the massive Greater Earth Elemental in resin.  This is one of those WOW figures when you open it up.  Much bigger than I was expecting and I love the style.  It shares the same body as the greater obsidian golem for the Abyssal Dwarves but comes with different arms and head.  It's not quite perfect, there are a few air bubbles, but nothing a little bit of liquid green stuff won't fix, and nothing in a key place, so I'm still happy with this. 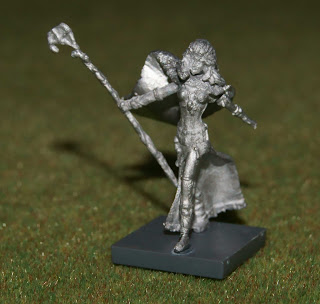 The leader of this little force is the Druid.  She comes with an alternative head and staff arm, allowing for four different combinations.  This is the one mini here that I'm not convinced by, lets hope a lick of paint will improve her look. 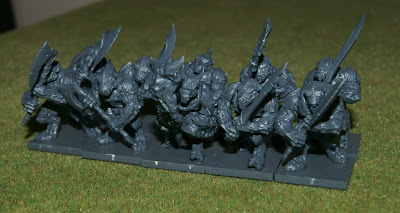 The starter set also includes three regiments, the first of which are the new hard plastic Salamanders.  I got 20, although I've only assembled 10 so far.  These are a proper hard plastic multi-part kit with options for hand weapons and shields or double-handed weapons.  I've armed mine with double-handed weapons as I have a unit f old GW Saurus with hand weapons and shields already which I've been using as Salamanders.  There are also command group options and little bits of flame you can decorate the bases with.  Very pleased with these, one small gripe is that getting them to rank up properly isn't easy, but overall they get a thumbs up from me, I prefer them to GW's current Saurus kit as well. 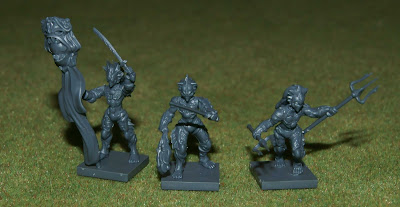 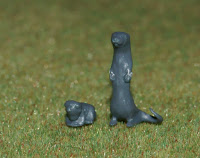 The second regiment is another hard plastic kit, this time the watery Naiads.  Again I got 20, but have only assembled half so far.  These have also been given the whole multi-part kit treatment with full command options and this time the weapon options are for 'shooty' harpooners or 'fighty' with nets and spears/tridents.  I'm creating a regiment of the harpooners, but am assembling a few as fighty types, just because I want to really.  These look much better in person than in the official photos and I'm also rather pleased with these.  Each sprue also comes with a frog and an otter, the otter in particular is I think rather inspired. 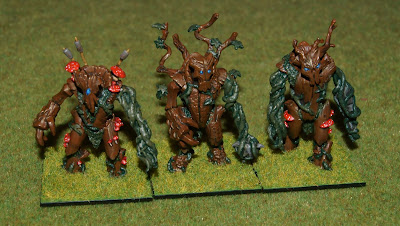 The third regiment was three Tree Shamblers, I'd already jumped the gun and bought another three of these and have them ready painted so have at look at these ones rather than the three in plain metal. 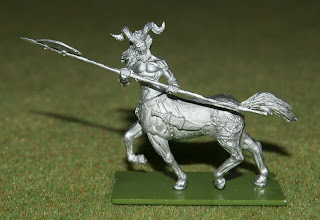 last minute on the campaign Mantic also offered a Centaur hero for the FoN that wasn't included in the starter army, obviously I had to get him as well, and I think he looks pretty good, although I do wish he was facing forward.... 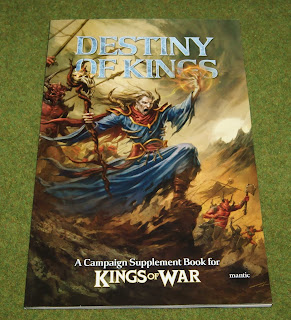 Finally I got the campaign book, 'Destiny of Kings' which has rules for map and narrative campaigns, an example campaign and rules for using some of the Dungeon Saga heroes as living legends in KoW.  I'll do a proper review of this at some point soon when I've read it thoroughly.

So in conclusion, I'm very happy with this and am very much looking forward to the summer KoW season we have planned, I think there's a good chance we'll actually try the narrative campaign from the book.
Posted by brownk29 at 11:33:00