Been Shoping - Some New Books

A couple of days ago I went shoping with the aim of buying some christmas presents, and what always happens when I do this happened again, as well as buying presents for others I also can back with some presents for myself, this time 3 books.

Firstly a book on tanks called 'Tanks and Armoured Fighting Vehicles' by Robert Jackson.  I got this from the Works (a discount bookshop in the UK) for the princely sum of £2.99 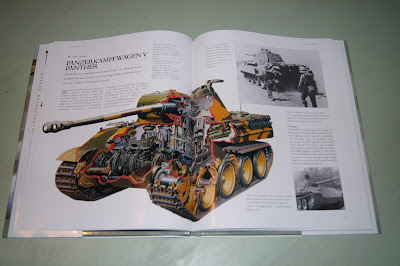 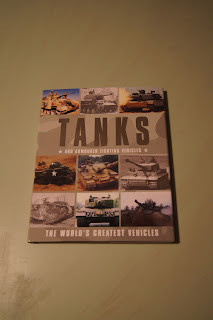 The book is hardback and contains 93 full colour pages detailing tanks from the first world war upto the modern day.  I've been looking for something like this ever since I bought my first flames of war models as my knowlegde of WW2 tanks is pretty limited.  The book doesn't go into great detail, but it has a lot of pretty pictures and is ideal as an introduction to the subject, it was just what I was after at the price I wanted to pay. 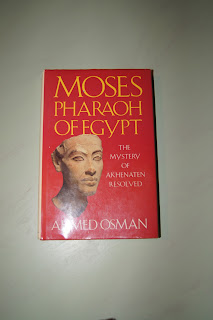 Next we have 'Moses Pharaoh of Egypt: The Mystery of Akhenaten Resolved' by Ahmed Osman which I picked up very cheap in a charity 2nd hand bookshop.  I've spent most of the last couple of days reading it on and off and the theory it's proposing is really quite fascinating.  The book proposes that Akhenaten (the herectical pharoah who eschewed the old gods in favour of the worship of the one god, the Aten) wasn't killed when he fell from power but lead his followers out of egypt to establish the monotheistic faith that the most popular of the worlds current faiths are derived from, i.e. he was in fact Moses.  It's all very interesting, and he presents alot of evidence, to me a lot of it seems circumstanal, but I'm not a good enough egyptologist or biblical scholar to come down with a definate conclusion, it did convince me of a possible link between the worship of the Aten and the faith of the early Israelites however. 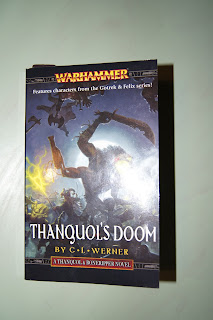 And finally a Games Workshop Black Library publication 'Thanquols Doom' by CL Werner.  I've only just started reading it so can't give any meaningful thoughts as yet, but I like the rest of the Gotrek & Felix and Thanquol novels.  They're not the greatest works of literature I've ever read, but sometimes there is a place for a trashy fantasy adventure.