On my recent day out in London after visiting the national maritime museum we then popped over to woolwich and went to Firepower! The Royal Artillery Museum.  The museum is on the site of the old Woolwich Arsenal on the south bank of the thames.  Most of the old munitions factory has been demolished, but the gate and a few origanal buildings survive, they seem to be building flats on the rest of it.  The site is also covered with cannon of various types and even this self propelled gun: 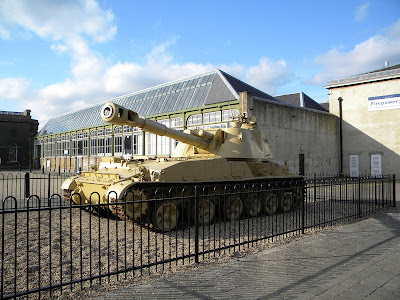 there wasn't any info on what this is, but it looks cool, I'd be grateful if anyone does know if they drop a comment below.

The museum tells the story of the use of artillery in the British army all the way from the days of Henry VII to the present day.  It contains 5 galleries, the main hall 20th century artillery, the 'history' gallery on the upper floor (medieval to colonial), a large exhibits display/theatre and the smaller medals and modern warefare galleries.
The largest gallery is the 20th century gallery featuring guns from WW1 and WW2, plus cold war missle launchers, also a small section of the history of the royal artillery in WW2.  This is a good gallery, but for me the highlight gallery is the history gallery on the upper floor.  This contains a history of artillery and the Royal Artillery Regiment from the medieval chinese, through the campaigns of Henry VII and Henry VIII, the civil war, the Napoleonic wars, the Crimea and into the late Victorian colonial conflicts.  There is a lot of different cannons, including some really interesting types I'd not seen before including a cannon whose job it was to target indiviual people and a colonial screw gun, plus many more.  The information boards are well done as well and I found them interesting and not to basic. 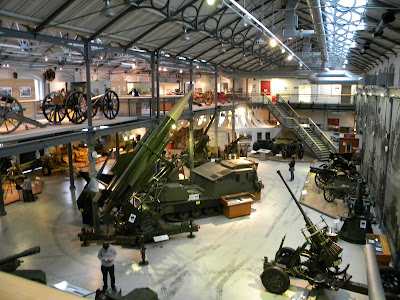 The modern warefare gallery described some of the ways the Royal artillery regiment has fought in recent conflicts.  The medals gallery unsurprisingly has a collection of medals from former members of the Royal Artillery Regiment, it's well done with information about each person next to their medals.  The final gallery is a theatre that shows a film about artillery (which alas we didn't have time to watch) and round the edge has some seriously large artillery peices.﻿ 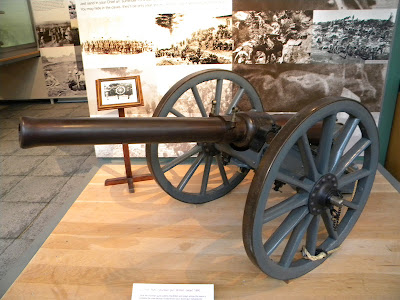 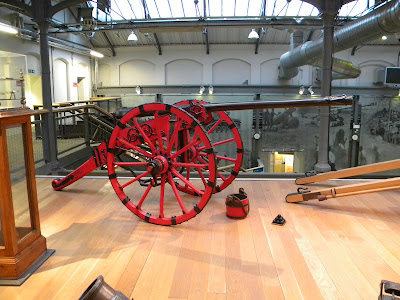 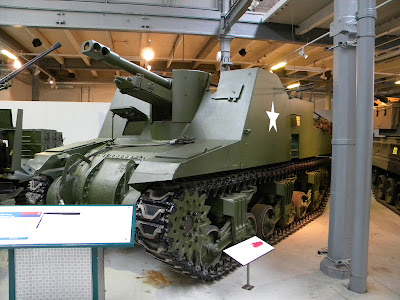 Entry cost for an adult was £5.30, which was more than fair, I really enjoyed my visit here and highly recommend it.
Posted by brownk29 at 17:25:00