Other Historical Sites In Norfolk

The last of my 'what I saw on my holiday' posts today, a collection of smaller sites, all interesting, but none of them are going to take up too much time for the visitor. 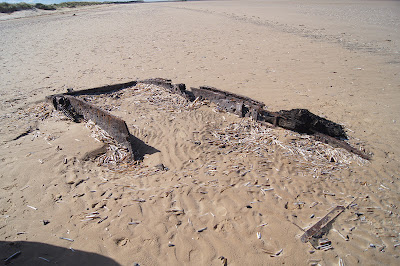 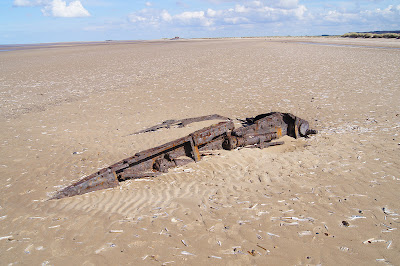 First the remains of two covenanter tanks on the beach at the RSPB reserve of titchwell marsh.  The Covenanter tanks are WW2 era, but never entered active service and these two were probaly destroyed as target practice as the area was used as a gunnery range. 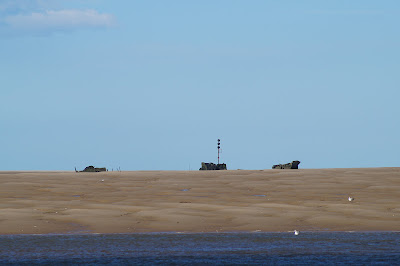 Slightly further down the coast is the wreck of the SS Vina by Brancaster beach.  Also used for target practice by the RAF in WW2.  The tide wasn't right for us to get right upto it unfortunately, and the local authourities suggest you don't even try. 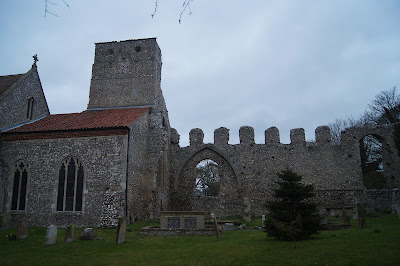 Weybourne priory was a quick stop on our first evening, not much left, just a few walls around what is now the parish church. 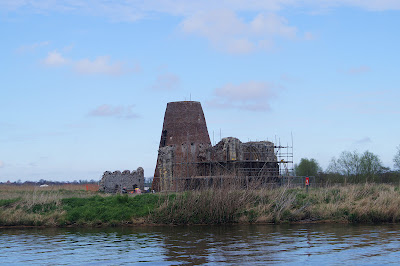 Next up is St. Benet's Abbey, which we didn't stop at but did see from our boat on the broads.  Reading about it afterwards, it was once quite large, but not much is left now.  Whats odd is the 18th century windmill tower that was built next to the ruins. 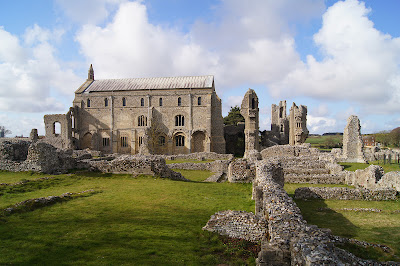 The final stop of the holiday was Binham priory, a substantive site and we noticed a lot of similartities with castle acre priory we'd visited a couple of days preivously.  The only bulding intact is the knave of the (once much larger) priory church that is now the parish church.  The church was open as well and had a mini museum inside.
Posted by brownk29 at 15:03:00