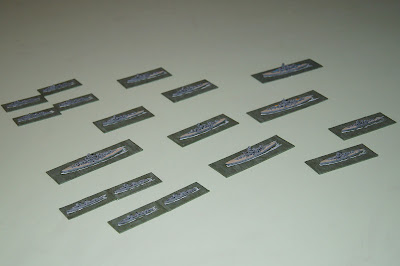 As a bit of a change of tack I've gone and bought some Axis ships for use in Victory at Sea, As usual I went for Navwar's 1:3000 range.  I bought the early war Germans (shown here) and the late war Japanese (coming soon) starter sets.  This set's pretty good and contains pretty much all the German surface ships I'd heard of inlcuding all 4 of the proper capital ships the germans possesed, 2 of the pocket battleships, the heavy cruiser Prinz Eugens, 3 light cruisers and 8 destroyers.  I might pick up the other 6 cruisers and a few U-boats at some point, but even if I never get around to that this is a pretty decent fleet and allows me to play the historical scenarios in the Victory at sea rulebook.

I've played against the Germans quite a bit and they are let down quite a bit by the lack of a proper points system in victory at sea.  The Bismarck for exmple is a fine ship, but you get one for the same points as two Queen Elizabeth class battleships, and they're not that good.  The battlecruisers are tough, but lack firepower, and the light cruisers and destroyers don't match upto the British ships of the same points either.  The only area the german fleet is strong is in Heavy cruisers, with the Pocket Battleships and Admiral Hipper class ships being fine ships and point efficient.  Still I'm up for a challenge and am looking forward to trying to make them work. 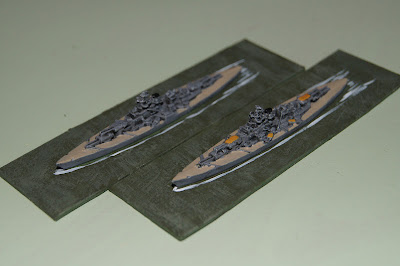 The power of the fleet, the Bismarck class battleships Tirpitz and Bismarck 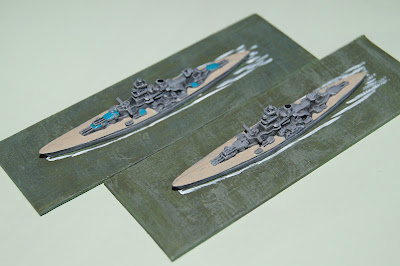 The Scharnhorst class battlecruisers Scharnhorst and Gneisenau, if only they had bigger guns! 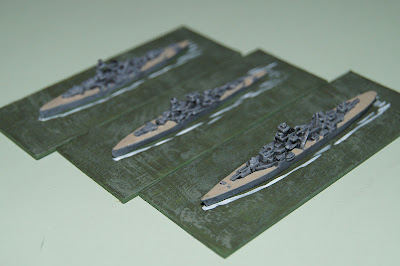 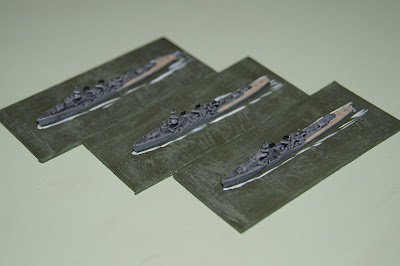 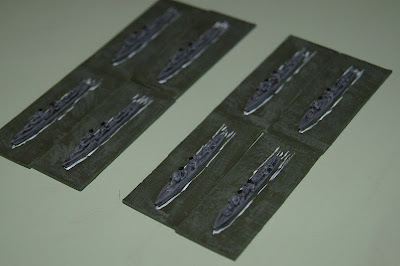