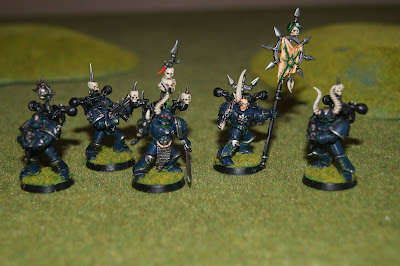 My new alpha legion army now has a legal unit painted!  Although it's not actually finished yet and they will be joined by another 5 marines including one with a flamer and one with a melta gun, which will give me a nice mix of anti-infantry and anti-tank.  This will actually end up being a very flexible unit all round and will normally deploy from a rhino (acquired, but not yet painted).  I'm very impressed with the chaos space marine plastic kit and there's a lot you can do with it, it's also nicely provided me with a load of bits to fix up some of the second hand chaos stuff I brought off ebay.

The painting was actually pretty fidly compared with what I normally do and it took a long time (partly due ot the detail on the models and partly due to the alpha legion scheme), although I think its been worth it and am pleased with the result.  I just need to remember that this is only supposed to be a small force and make sure it doesn't eat up all my painting time for the next year! 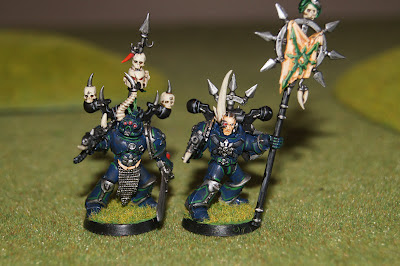 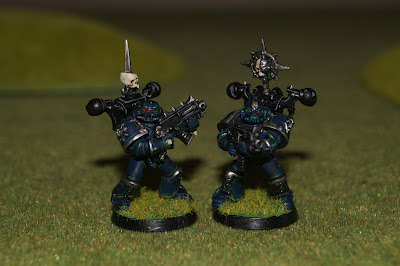