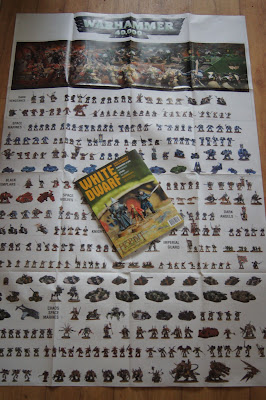 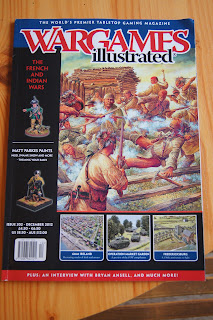 The theme of this months wargames illustrated is the french and indian wars of the 18th century.  It's not a period I collect, but is one I'd like to do at some point in the future.  Theme articles were an overview, both of the history and the forces, a battle report and a look at how to make period terrain.  Flames of war is quiet this month with the only real article being about the US nationals, which features an awful lot of very nicely painted models.  Savage wars of peace returns with a look at our heroes followers and the first anglo-afghan war, I'm really enjoying this series and hope it keeps going for quite some time.  There is more 19th century action  with looks at the satsuma rebellion in Japan and the US army for the american-mexico war.  The other article of interest was an interview with Bryan Ansell, who of course has been involved with Games Workshop, Wargames Foundry and others for many years.  A good issuse all round.
Posted by brownk29 at 18:15:00