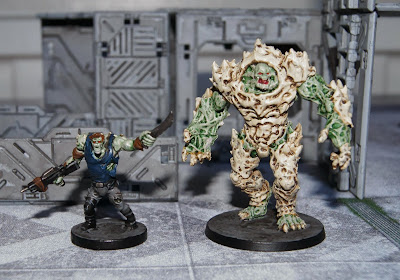 The leaders, a stage 3 'General' and the mighty Stage 1

I got a lot of plague with my deadzone package, more than any other faction, with two starter sets, two boosters and a specialist booster and I've finished painting the first batch of them which are on show here today. 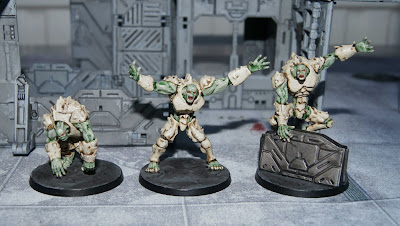 Stage 2's
Like most of the other deadzone models these are made out of mantics sprue-less resin plastic, and these are some of the best minis I've seen made in the medium.  They've been a lot of fun to paint as well.  I've eschewed the pink scheme of the official models for this green scheme instead so that they will fit in with my alpha legion army for 40K, where I plan too use the stage 3's as cultists and the stage 2's as spawn.  One unexpected consequence of this is they all look a little bit like the hulk.... 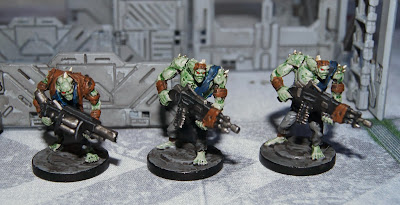 We've found the plague to be one of the two most effective factions (along with the enforcers) in the game, and whilst they are of course mainly combaty, good use of suppression fire and/or grenades can be essential to getting the most out of your combat beasts.  The swarms (which I've not yet finished painting) seem to be the most efficient of the bigger models, but stage 2's and teratons have been good too.  I've not quite managed to work out the stage ones yet though, potentially lethal in combat, but so slow it's difficult for them to get anywhere and actually get a chance to harm anyone. 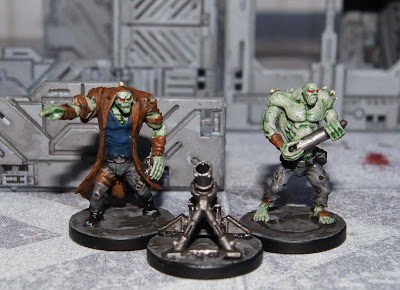 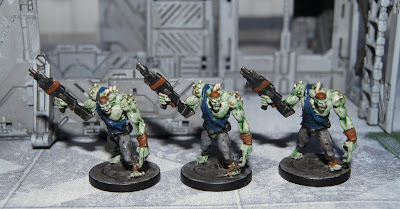 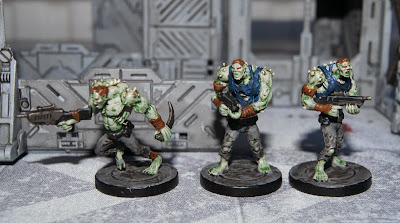 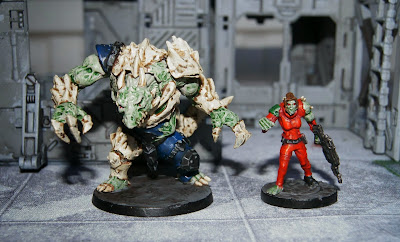