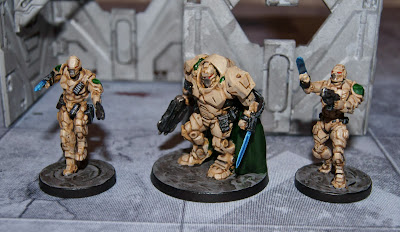 The first models from my mighty deadzone package have been finished and today we are looking mainly at the enforcers.  The enforcers are one of the two factions included in the basic set, and as such most players are going to end up with some, luckily I think they're great. 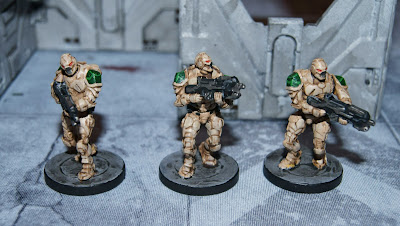 Half of these enforcers were actually designed for warpath as there's been a delay in the deadzone specific ones, which of course means that I've loads more enforcers due in the second package from the kickstarter, including some rather nifty looking ones with shotguns and riot shields. 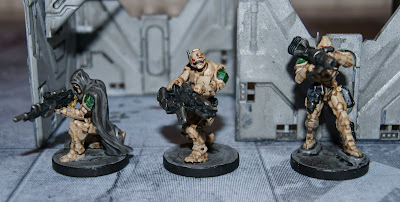 Sniper, Heavy Laser Burst and Missile Launcher
I had a bit of a dilemma over the choice of colour scheme as I painted a unit of enforcers a while ago for my Imperial Guard army.  I really like the example scheme mantic came up with for all the photos in the book, but in the end I decided to paint these in the same scheme as my original batch.  I'm considering re-basing the originals now to match these. 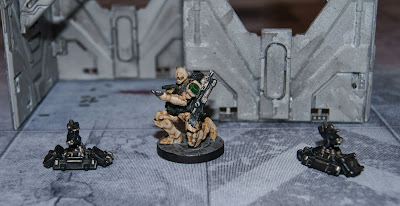 The engineer deploys his sentry guns

Gamewise we've found the enforcers very powerful so far.  They don't get a lot of models but each is flexible, powerful and tough.  I don't think they're inherently more powerful than the other factions, but they are more forgiving and seem to have a gentler learning curve, 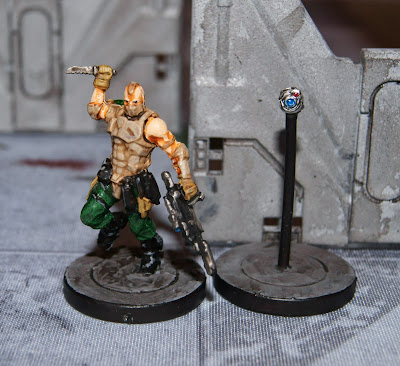 Mercenary Recon Unit N32-19 and his floaty friend
I've also painted this Chovar Psychic mercenary.  I've not used him yet, but his rules indicate he has the potential to be a powerful support piece.  He's an interesting model, I'm assuming he uses his psychic powers to float around as he seems to lack any other means of supporting his body.  One thing the deadzone book is missing is a proper background section with details like that. 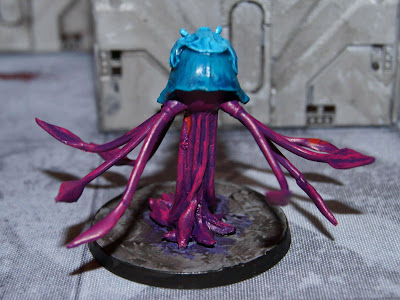 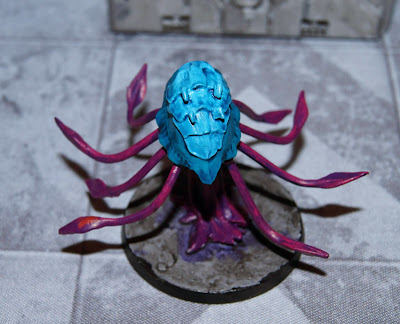 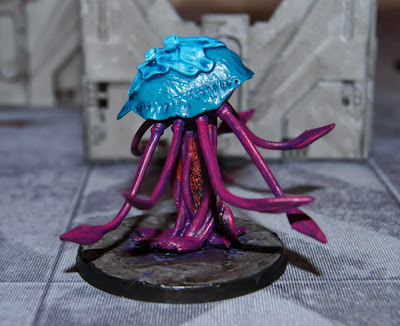