It's been a very busy week since I got back from my holiday and I've managed to get almost zero hobby activity done in the mean time, however I still have a couple of bits I'd like to share with you. 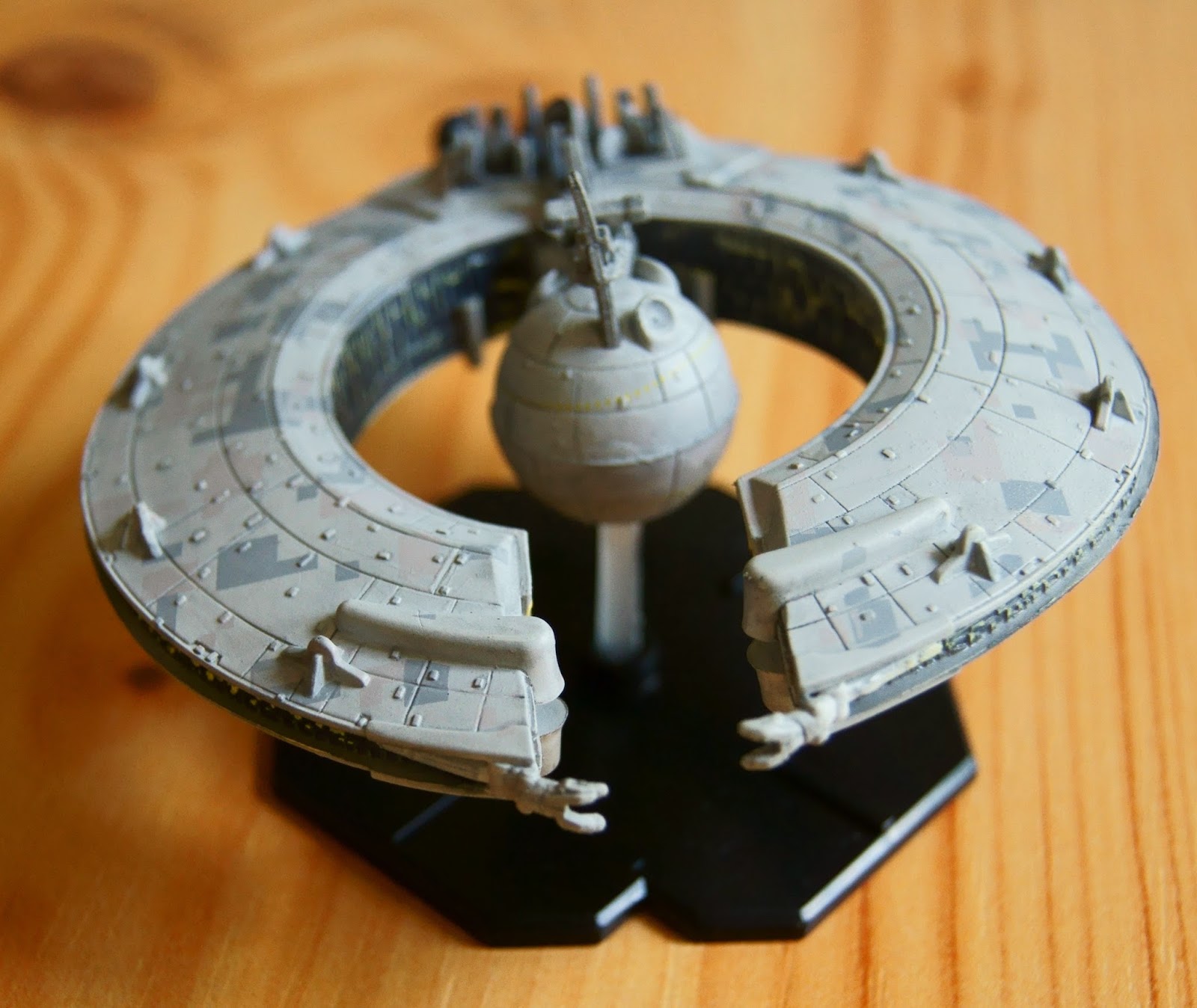 Firstly I have a new addition to my Star Wars Miniature Starship Battles collection; which is this droid control ship shown above.  They are a key part of the separatist fleets and feature in the prequel film trilogy.  In the game they are a useful capital ship that make all your droid fighters better.  I wouldn't normally bother showing something like this off in a post, but as I mentioned when I talked about this game a couple of months ago, this was the only ship that I was missing from the game, which now means of course that my collection is complete!  Which is a surprisingly good feeling.  All the playing of X-wing recently has made me want to have another go at playing a few games of starship battles as well, and you never know one day I might make my intended victory at sea mod for these cool Star Wars ships. 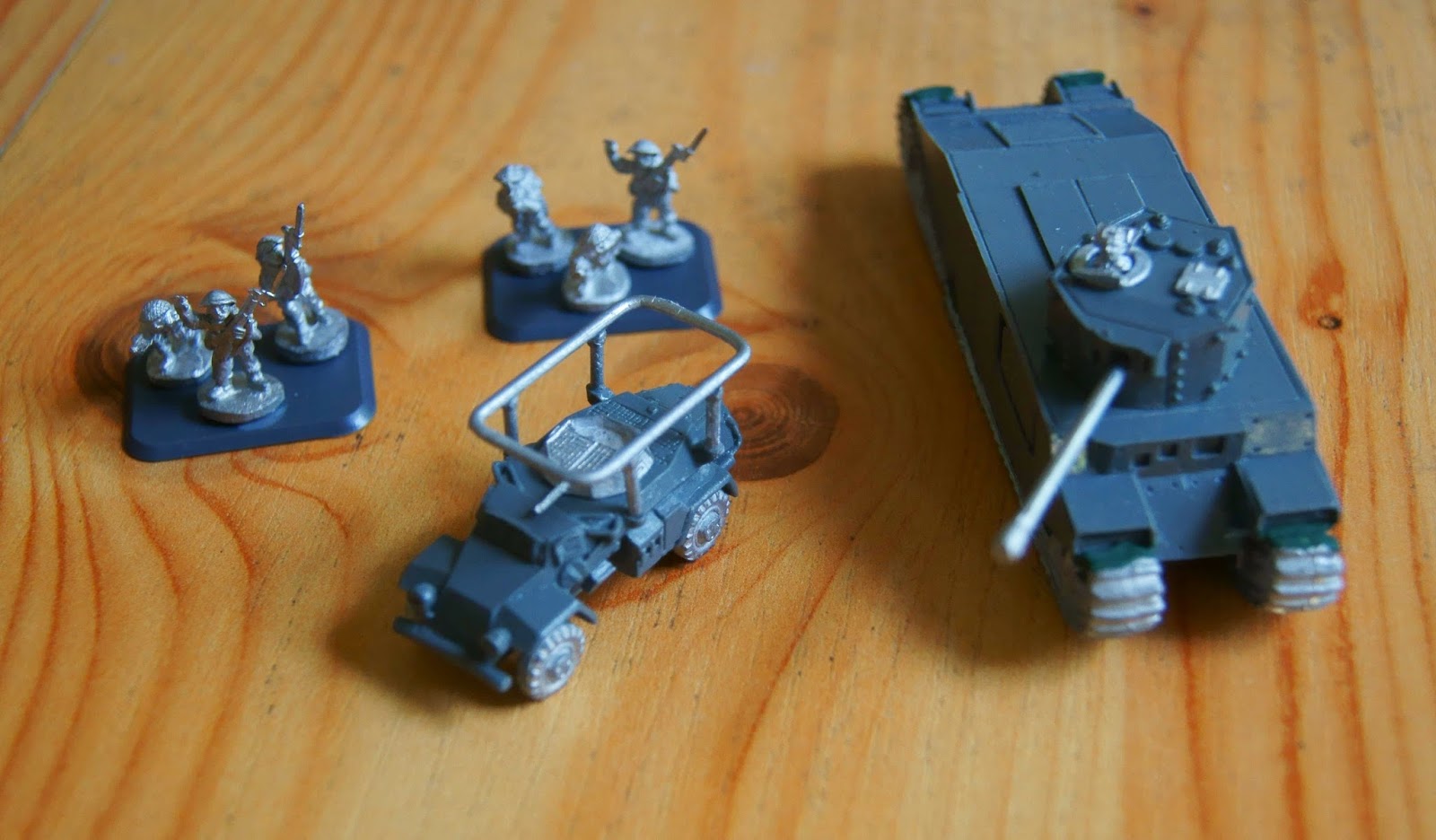 Next up are some new minis that I've bought for flames of war, a British TOG 2 experimental heavy tank, a German armoured car and a couple of command stands.  I initially ordered these from Wayland Games some time before I went away and when I got back from holiday and still hadn't received them I emailed Wayland to see what was going on.  They stated that I'd misunderstood their 3-9 days dispatch on the products was a guideline only and sometimes it takes longer, fair enough to a degree but rather annoying.  I then checked the products and the TOG 2 was now showing as unavailable, which would imply they weren't even sure if they were going to get any more!  What annoyed me is that at this point they hadn't bothered to contact me to explain the delay or problem.  I wonder how long they would have sat on my money not fulfilling my order if I hadn't contacted them.  Anyway I did get my money back and placed the same order from battlefront (at admittedly higher standard RRP prices) and it arrived 2 days later.  I will definitely be wary of ordering from Wayland again after this. 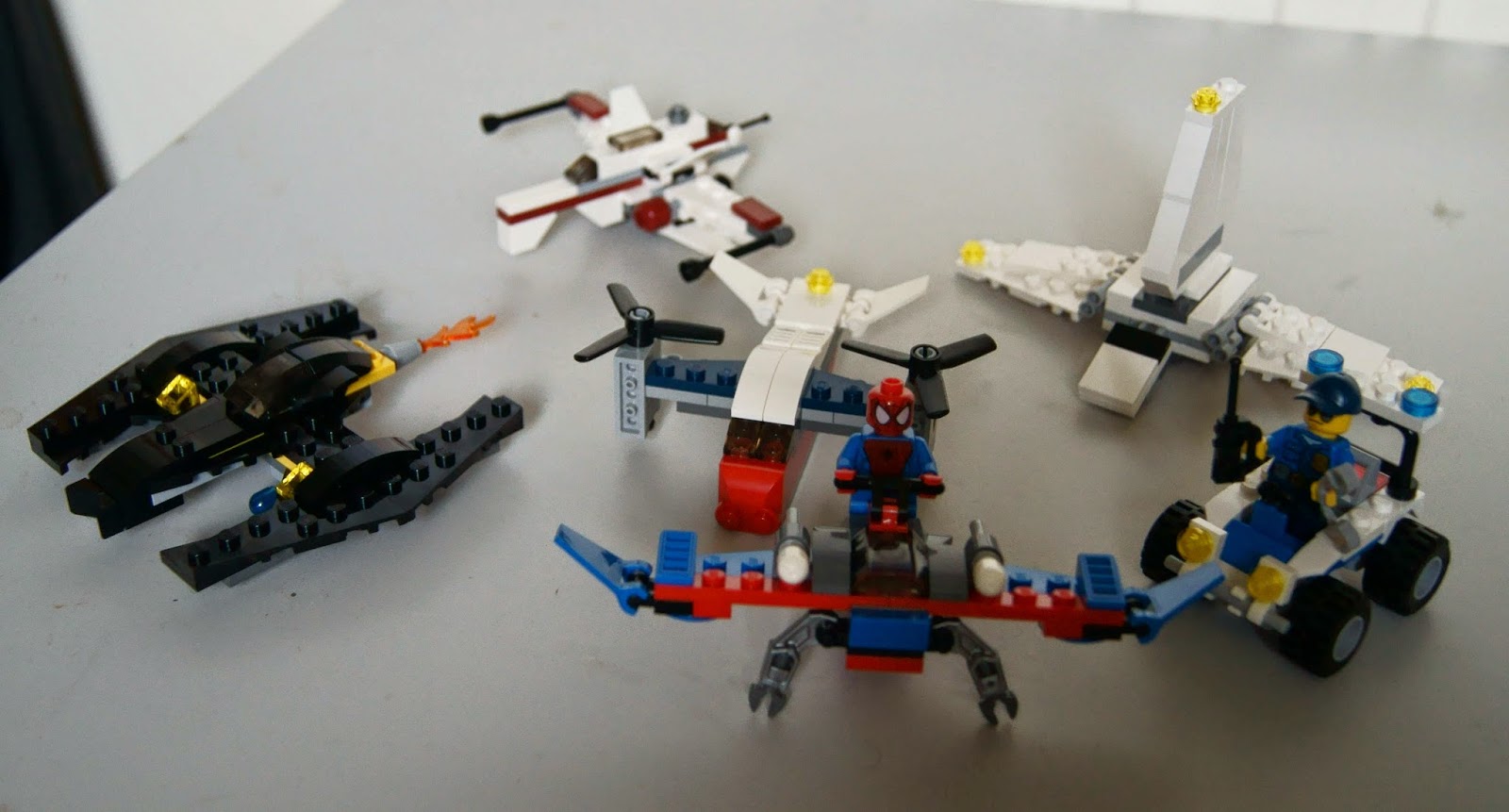 And finally it's been nearly free Lego week this week if you buy the daily mail (all quickly sent to be recycled) in WH Smiths.  Whilst it's not really relevant to this blog as such I really like the style of Lego and especially when they turn already cool stuff (like Star Wars or Lord of the Rings) into Lego my inner geek can't get enough of it.  The highlights from this little collection are definitely the two Star Wars ships and the Spiderman Minifig, although I can't say I'm too impressed with Spideys glider thingy.