With Games Workshop releasing the new Vampire Counts book this weekend I thought it would be appropriate to put my vampire counts army on show and see what the new book will bring to it. 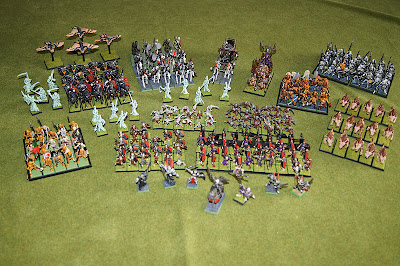 This army has grown organically over a period of around 13 years and I started it back when the Vampire Counts were first seperated from the old 'Undead' army that also had Tomb Kings and Nagash in it.  I'd always wanted an Undead army and the new plastic skeletons persuaded me to take the plunge.  As with any army grown over such a time it contains a variety of models (and a variety in quality of paint job) and has grown over the last year with an influx of models from Mantic Games, who now comprise around a third of the army.  As I've said before I'm a big fan of mantics Ghouls and Zombies in particular.  The army has always been designed as a 'Blood Knight' army, with all the vampires from the bloodline and taking martial skills.  I always imagined my lord as a corrupted Bretonnian lord leading his former men-at-arms and knightly(hence my blood knight conversions) followers in undeath. 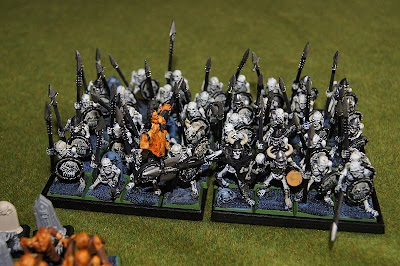 the regiment that started the army, still in its orginal paint job.  Also this was origanally two regiments of twenty and in the box is a second command group if I wanted to go back to that.

Whislt I've still won more games than I've lost with this army, I've always found it hard to play with, you are very reliant on magic and it can be frustrating(I'm not a fan of magic at the best of times).  I tend to play with a center anchored with big regiments of skeletons and revenants, supported with a corpse cart, flanks held with blood knights (far too unreliable to hold the center) and dire wolves, and my general leading a regiment of black knights behind the line to act as a reserve, to bolster the line or deliver the killing blow as needed.  I'm also a big fan of my fell bats, and whilst they don't kill much they often get in the way at just the right moment. 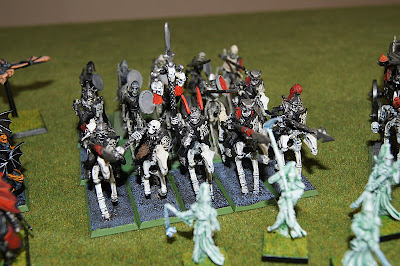 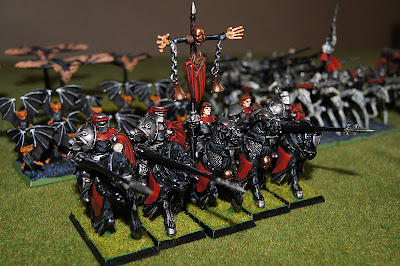 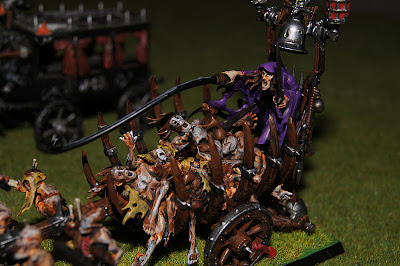 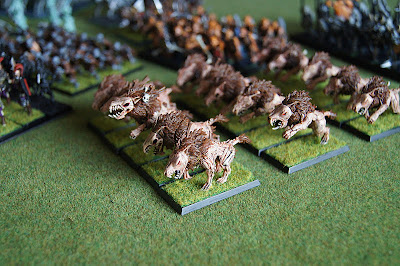 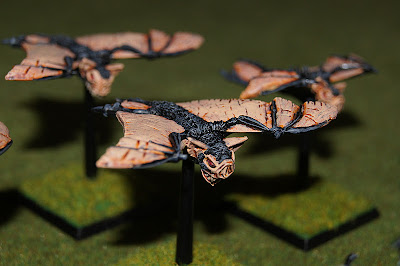 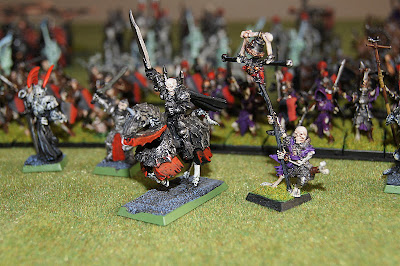 Whats the future for this army then?  First off I need to finish the rest of the zombies and the revenants that are sat on my painting table and my General needs a repaint, then it's looking at the goodies from the new book.  I think some Hexwraiths will be first (whats not to love abouth etheral fast cavalry), and I'm also tempted by some Vargheists.  The army also needs a big centerpiece, and I'm planning not on the new Coven Throne/Mortis Engine (I think it's too 'busy' as a kit and I'm not keen on it), but on a unridden terrorghiest (I'm not a fan of placing my general on a big nasty saying 'shoot me' when my army will then start to discintergrate).  Will these plans come to fruittion?  Well at this point I don't know. 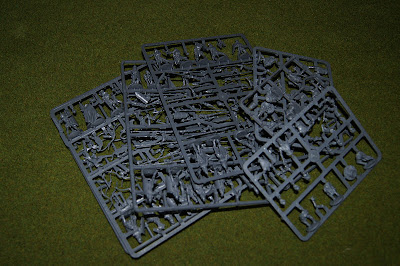