Ok so I know that's not the most pithy blog title ever created, but at least you should know what to expect!  I have indeed constructed and painted two model kits containing three tanks.  All in 1:76 scale.  I haven't gone with any official colour schemes for any of these tanks, just painted it how I like them.

The first kit is the matchbox (although I believe revel have issued the exact same kit) Char B.1 and Renault FT-17 with scenic base.

Oddly the sprues come in two different colours for the tanks, which makes them look a bit odd before painting.  The kit also came with a couple of French soldiers which are supposed to be on the scenic base, I didn't bother with these though, they just seemed like they'd be in the way. 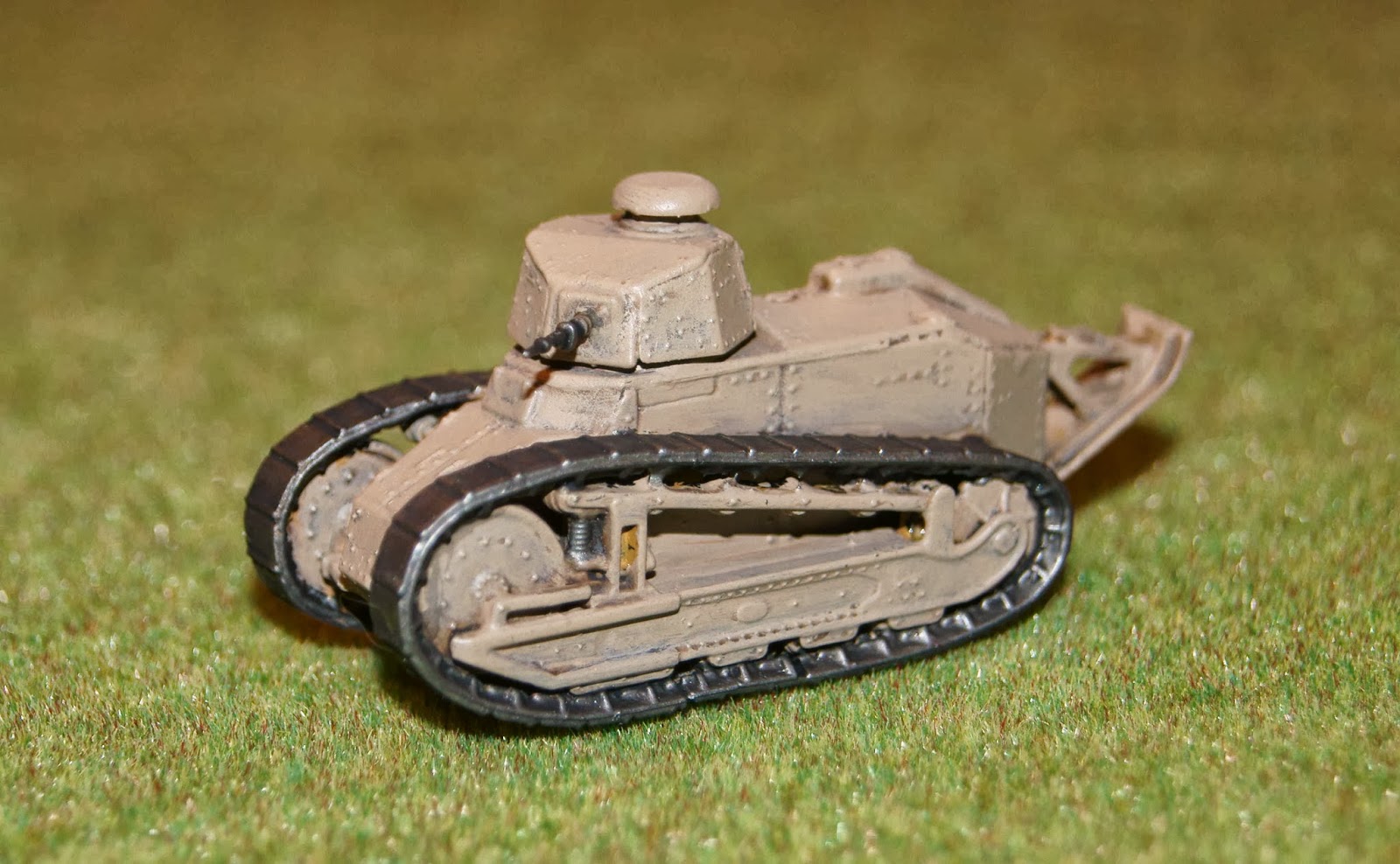 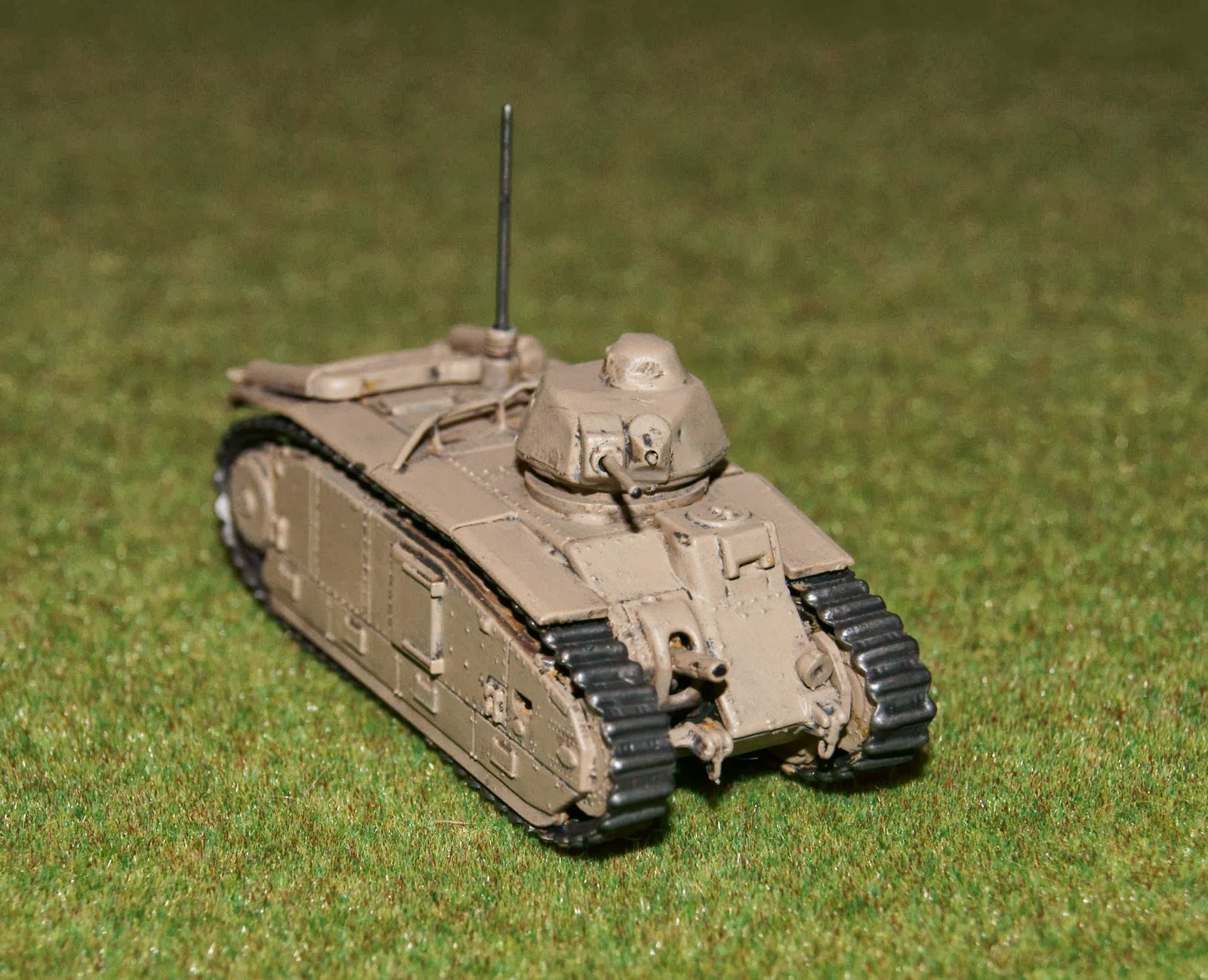 As the title suggests I've also finished an airfix mark I male tank.  The WWI British tank design is my favourite design for any tank, I think they just look fab. 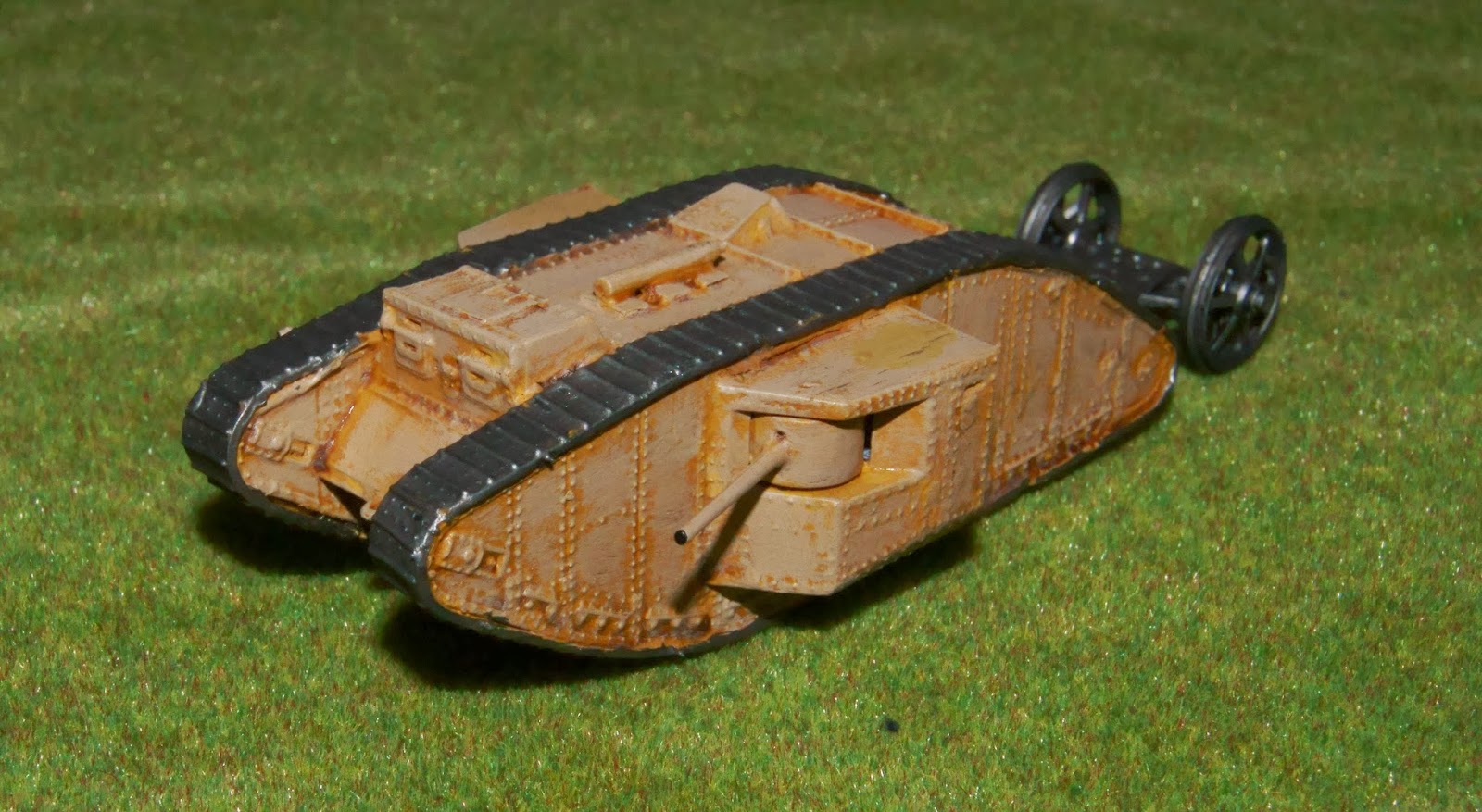 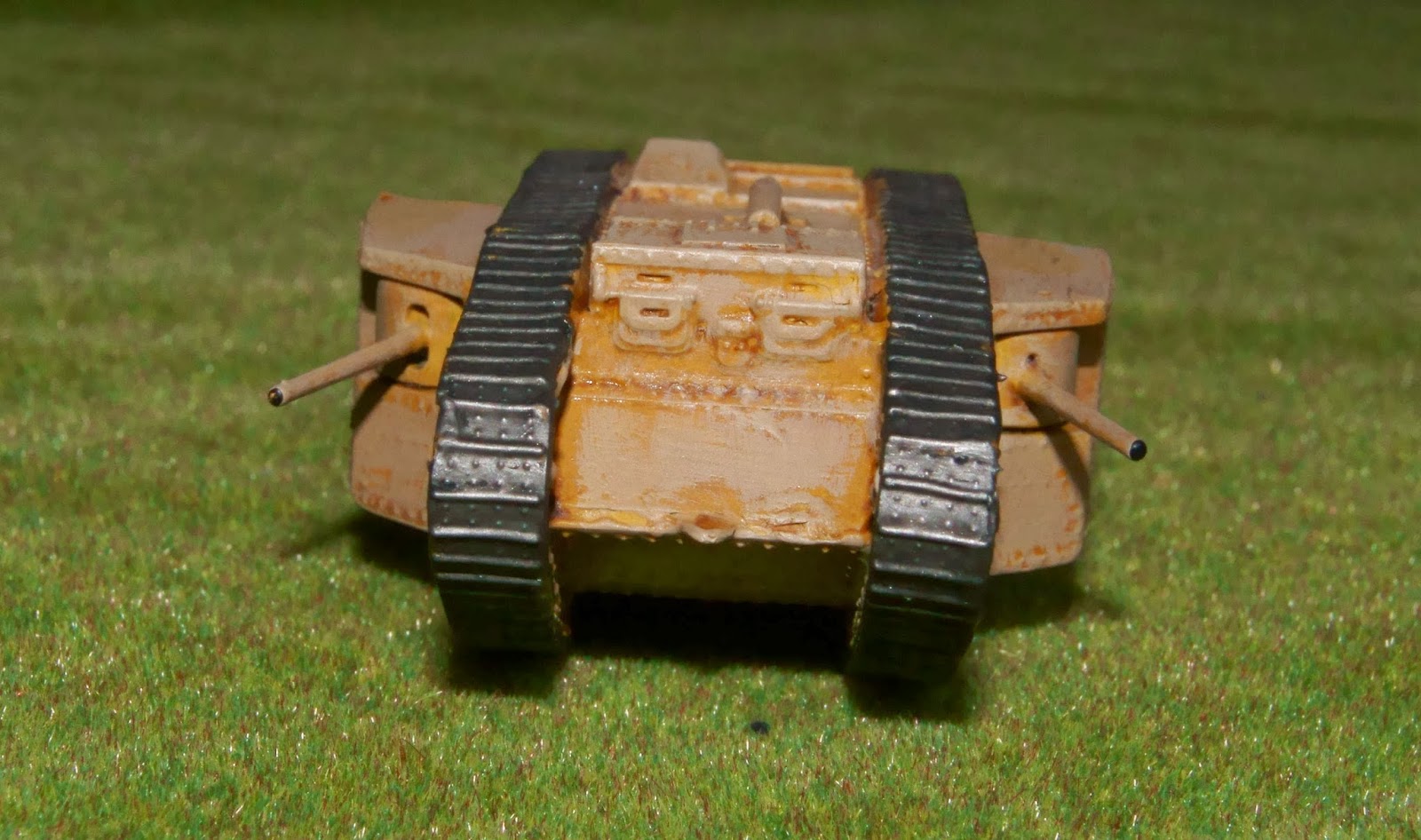 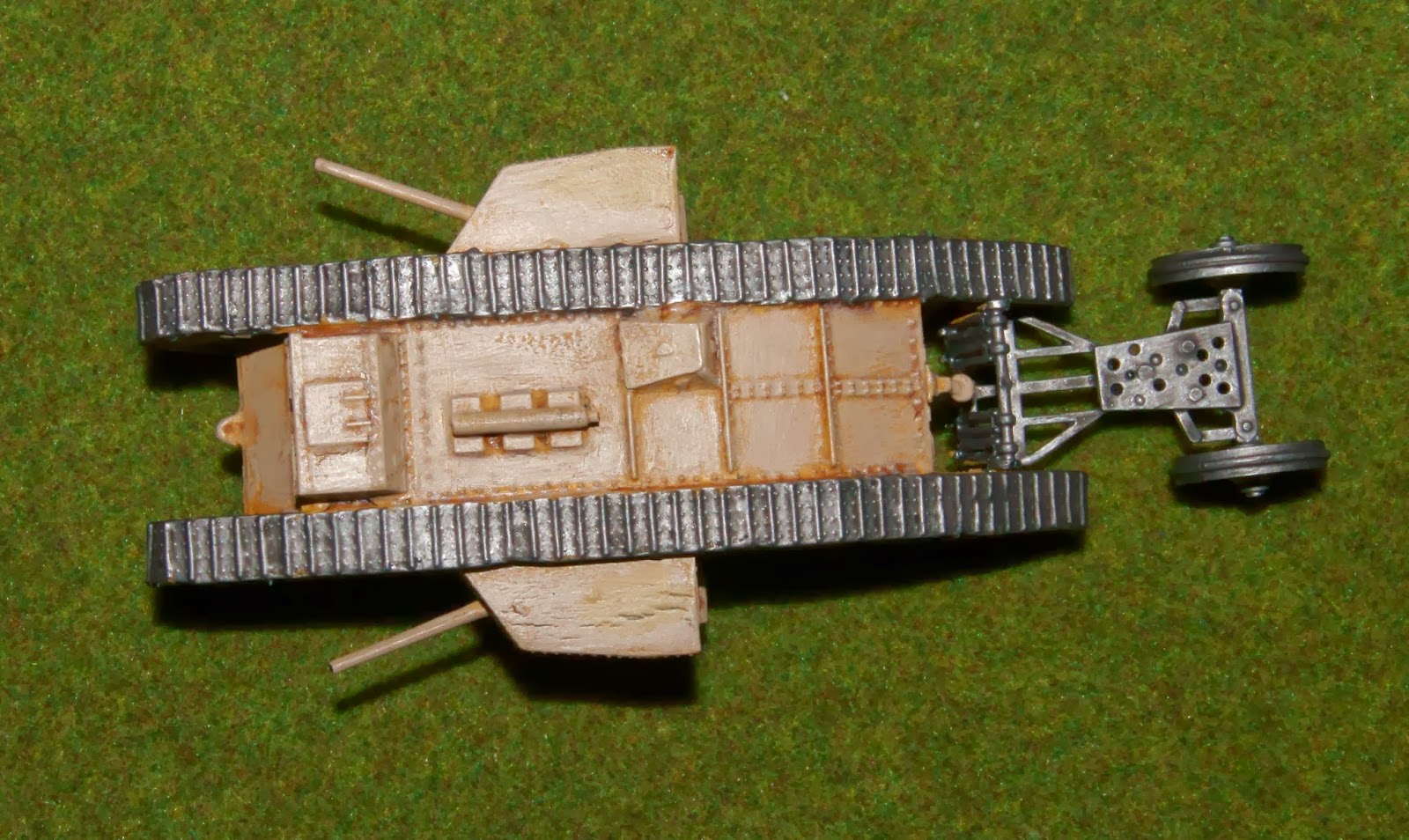 This kit was a birthday present, and it's actually the second time I've built it, below I show the new version with the original, where I tried to do the scheme on the box, I much prefer this new version.

Finally a quick comparison with the contempory FT.17, look at the size difference!
Posted by brownk29 at 23:03:00