I had an hour to kill in the town center today and ended up milling around various shops, one of which was poundland, and I came out with two tubes containg plastic dinosaur skeletons.  One is marked as a Triceratops and one as a Tyranosaurus. 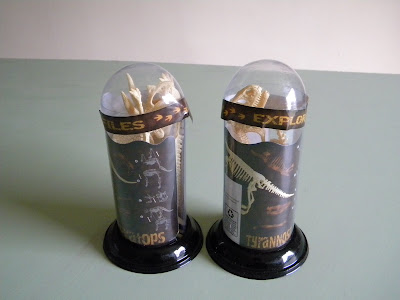 Obviously they cost a quid each,  which isn't bad I think, and my plan is to turn them into terrain pices for use in warhammer (now renamed as carnosaur and stegadon skeletons) and 40K (there's some dangerous stuff on those death worlds). 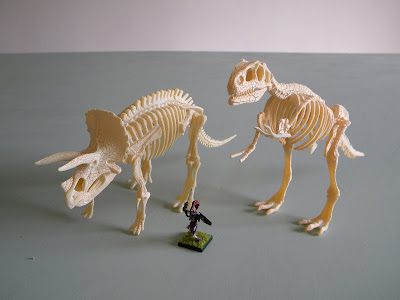 The Dinosaurs assembled and put next to a mantic revenant for scale
Now they're not fantastic, but what do you expect for a pound, and I do think a few monstrous skeletons will add to a battlefeild.  Also it will simply be nice to have a couple of new pieces of terrain, I rarely spend any money (or time) on terrain as I prefer to do the models, something I keep meaning to change but never quite getting there. 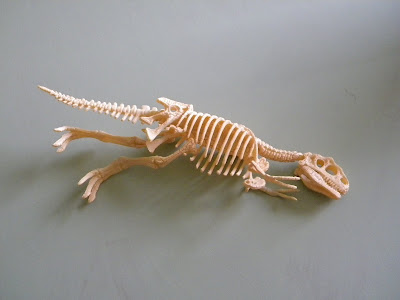 The plan, something like this on a flaocked base, possibly given a wash.﻿
Posted by brownk29 at 20:35:00