The next bunch of my foundry ancient greek figures are finished, this time the Greek leaders from the Trojan War.  There is more than a little bit of resemblance between these figures and the characters as depicted in the movie 'Troy', not that I think thats a bad thing, 'Troy' will get a lot more watches than the Illiad gets reads and makes them all more instantly reconisable. 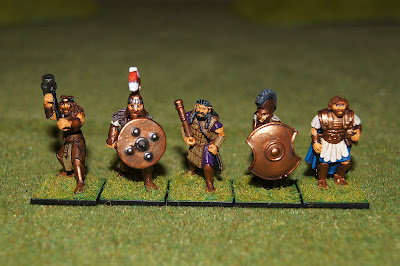 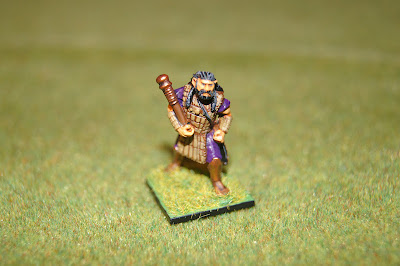 Agamemnon, King of Mycenae, Leader of the Greek Army 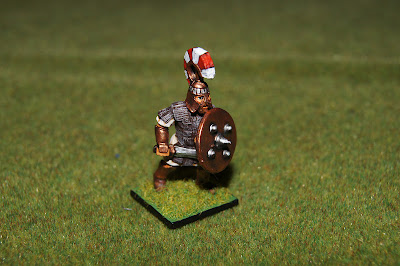 Menelaus, King of Sparta, brother of Agamemnon, husband of Helen 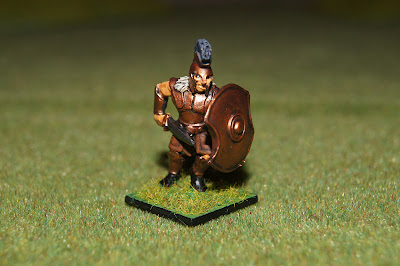 Achillies, Demi-God, Leader of the Myrmidons 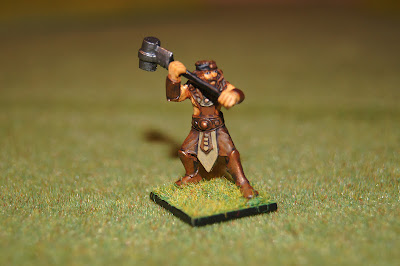 Ajax the Greater, King of Salamis 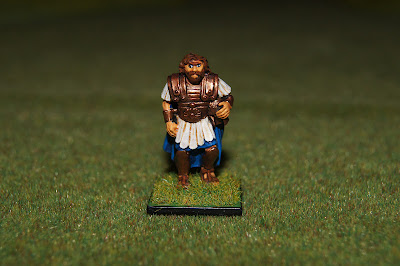