As well as the main navies covered by the victory at sea rules Navwar (my ship maker of choice) also produce fleet packs for many of the smaller navies of the era.  Some of them have had rules published over at David Manleys website, but I've gone and bought the Yugoslavian pack which doesn't and had a stab and converting their stats into rules myself. 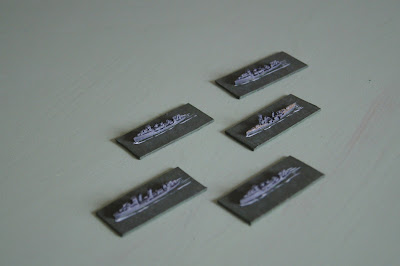 The Yugoslav Navy was pretty small in 1941 and the Navwar pack contains the only 5 vessels that were of any real size, an ageing ex-German light cruiser, a British built destroyer leader and 3 french built destroyers.  The cruiser was very old and not much use for anything but training, the four destroyers however were modern and effective.  Yugoslavia was quickly overun by the axis and most of her fleet ended up serving with the Italians.

First up the light cruiser Dalmacija, of German origin where she was known as the Niobe. 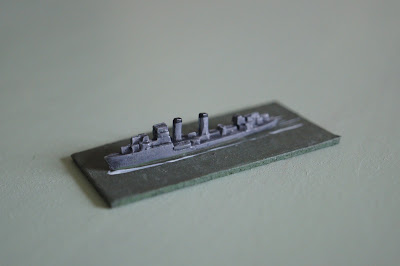 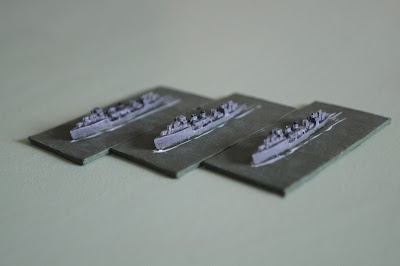 And the three destroyers of the Beograd class: Beograd, Zagreb and Ljubljana


And finally here is the link to the PDF I've done with the stats for the above ships.
Posted by brownk29 at 17:08:00