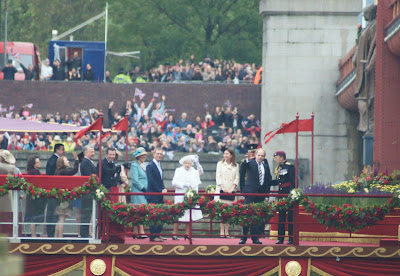 Congratulations to her Majesty!

I was in London for a few days this weekend and on sunday I went down to the river with my friends and watched the Jubilee flotilla pass by.  Very good it was too, very entertaining and a great atmosphere.  We even managed to avoid the worst of the rain by being near the start, so it was nearly over for us by the time the weather really deteriated.  I grant it doesn't really have that much to do with this blog's theme, but it did feature several interesting military vessels, which of course do, and the truth is I just couldn't resist posting a few pics of a great day. 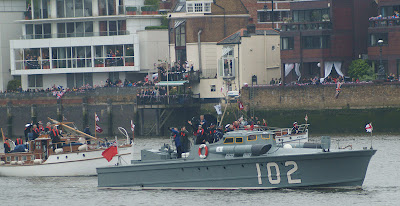 One of the highlights of the parade was the 'Dunkirk little ships' headed up by MTB 102, which served as the flagship of the fleet during Operation Dynamo.  She is thought to be the smallest ship to ever serve as a flagship for the Royal Navy. 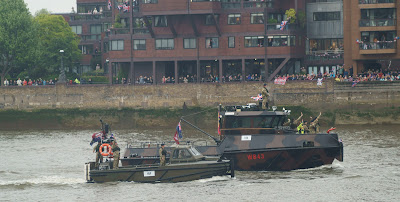 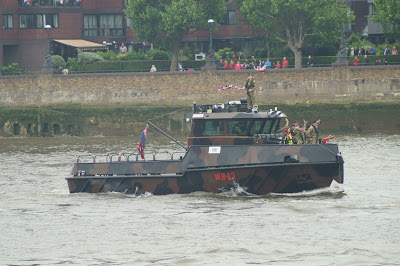 These two are presumably Army boats of some sort, but I can't seem to find out anything else about them.﻿ 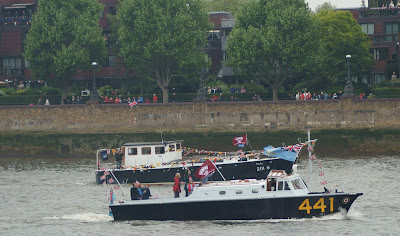 It turns out the RAF had boats too, at the top is HSL 102 which was used to rescue downed pilots in the channel in WW2.  The bottom picture contains another resuce boat (441) and at the back Linsey 2111 which also served in WW2 as a floating workship and refuller for RAF seaplanes. 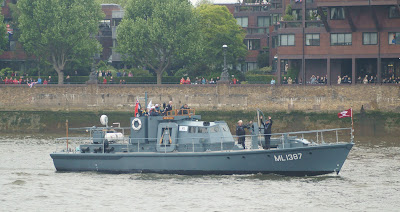