My latest WW2 airfix ship was finished yesterday, this time of the battlecruiser HMS Hood as usual in 1:600 scale.  The Hood of course was famously sunk by the German battleship Bismarck at the battle of the Denmark Strait.  It's a good kit with only a bit of flash and went together well.  I even managed to get the little boats hanging off the side to work this time as well.  Another feature I liked was that the hull was marked where the black line should be, which made painting much easier and produced a better result. 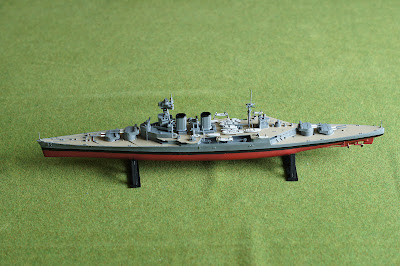 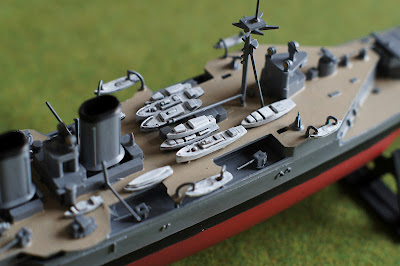 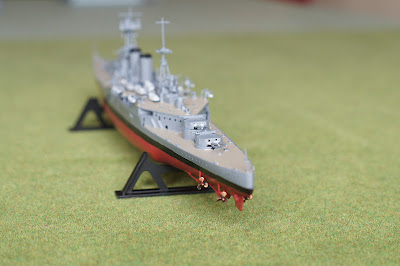 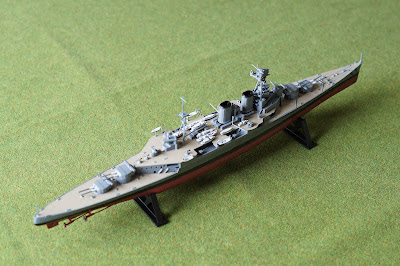 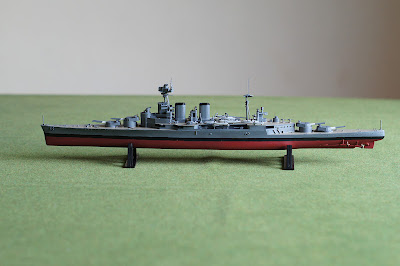 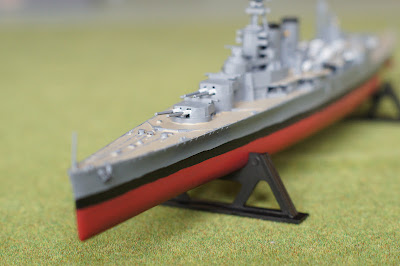 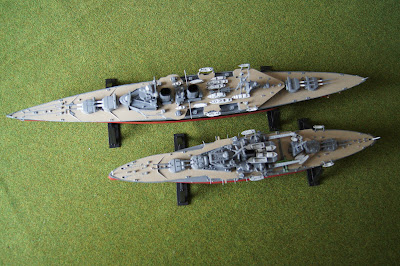 And finally a few shots of the ship in construction. 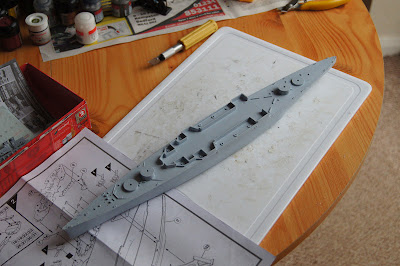 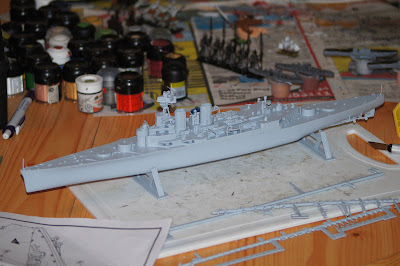 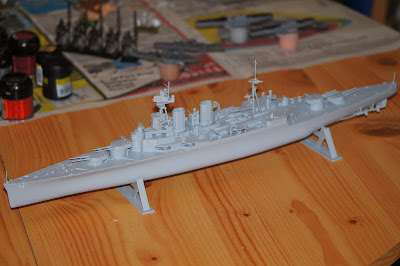