The Ninth Wave - A Bit of Fantasy

My first wave of reinforcements for my WW2 Royal Navy Fleet in a while today.  This is a wave with a difference though as none of the ships actually fought in the war, five of them were never finished and one carrier was finished post war.  They do have rules in victory at sea though so will be useable in 'what if' games or if I'm just trying to be competative (as they're all rather good). 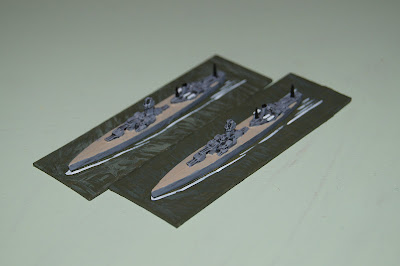 First off two N3 or Saint class battleships that were cancelled due to the limitations of the washington naval treaty, they're very powerful game wsie and I'm looking forward to trying them out.  I've christened mine HMS St. George and HMS St. Andrew 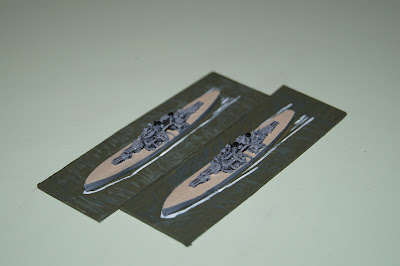 These are two Lion class battleships, an improved version of the King Goerge V design, mine have been christened HMS Lion and HMS Thunder. 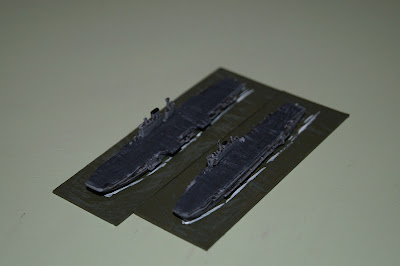 These are two large fleet carriers, on the left is HMS Malta, a very large carrier cancelled at the end of the war, if she were finished she would have been even bigger than the American Essex class carriers.  On the right is HMS eagle which formed a core part of the post war fleet. 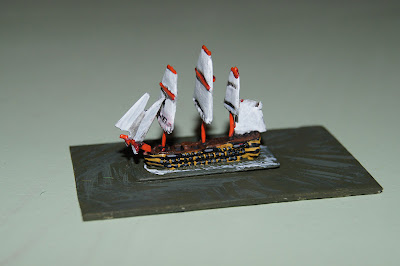 I've also painted a couple of other almost random ships, first off HMS Victory, Nelsons famous ship.  I've painted this as she's technically still in comission so I need her in my aim to collect the current Royal Navy.  It was a pain to assemble and paint and doesn't even look that good, if I ever move to Napoleonic naval wargaming it will have to be in a bigger scale. 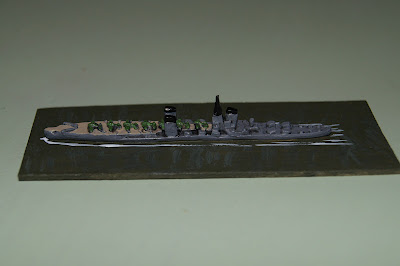 And finally the Italian cruiser Bolzano, after her projected conversion to an air defense ship.  My freind bought this for his Italian fleet and I thought it was so different and interesting that I had to have one too.
Posted by brownk29 at 09:04:00