I've just finished painting my first infantry platoon for my new flames of war army.  They're not the offical flames of wars minis though, I've bought a rifle platoon and machine gun platoon from forged in battle.  I've not got any battlefront ones to compare these ones too,  but they do the job nicely and come in at around half the price of the offical ones.  Neither platoon comes with bases though, but I have a ready stock of thick card that I use for my ships and my 1:72 scale minis.  The rifle platoon has enough figures to create a complete Late War British rifle platoon including HQ, Piat and Mortar teams as well as 3 10 man rifle squads, and I had enough bits left over for a HQ and Piat team to add to the machine gun platoon that didn't come with them.  I now have a plan for my flames of war army as well.  I've still not invested in any of the intellagence handbooks, but am going to base my inital force on the 15th Scottish Division briefing that I found on the Flames of War website.  This is handy as it allows me to feild both my Churchill and Sherman tank platoons.  The problem though is that you're only allowed two tank platoons, and I rather want more tanks, still it will do as a start, later on I might try to switch to a tank company with supporting infantry. 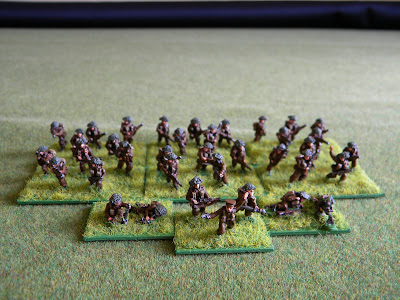 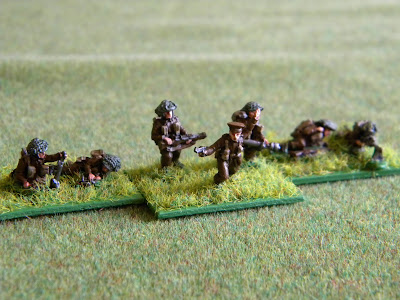 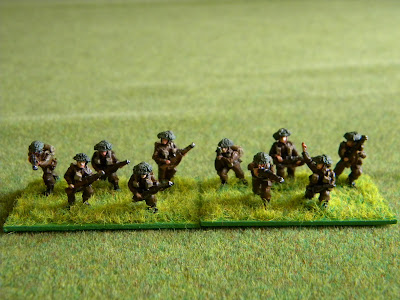 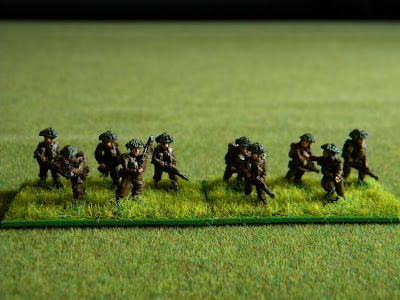 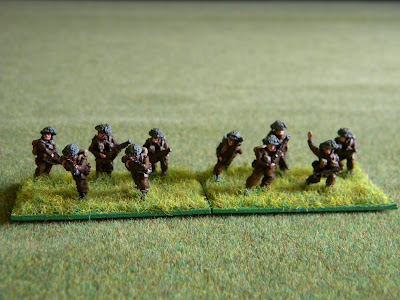 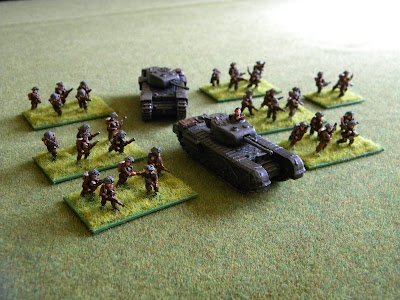 The platoon moves forward with armoured support
Posted by brownk29 at 22:08:00

Email ThisBlogThis!Share to TwitterShare to FacebookShare to Pinterest
Labels: flames of war, forged in battle, WW2