More For Flames of War #2

It's been a quiet month on this blog, but it's been sunny and I've been enjoying myself outside a lot.  However that doesn't mean that I've got no hobby done, we've played some good games and I've painted a bunch of minis, I just haven't felt the urge to write about them for some reason.  Today I finally photographed the latest batch of minis for flames of war, as usual from a mix of companies, not just 'official' Battlefront ones. 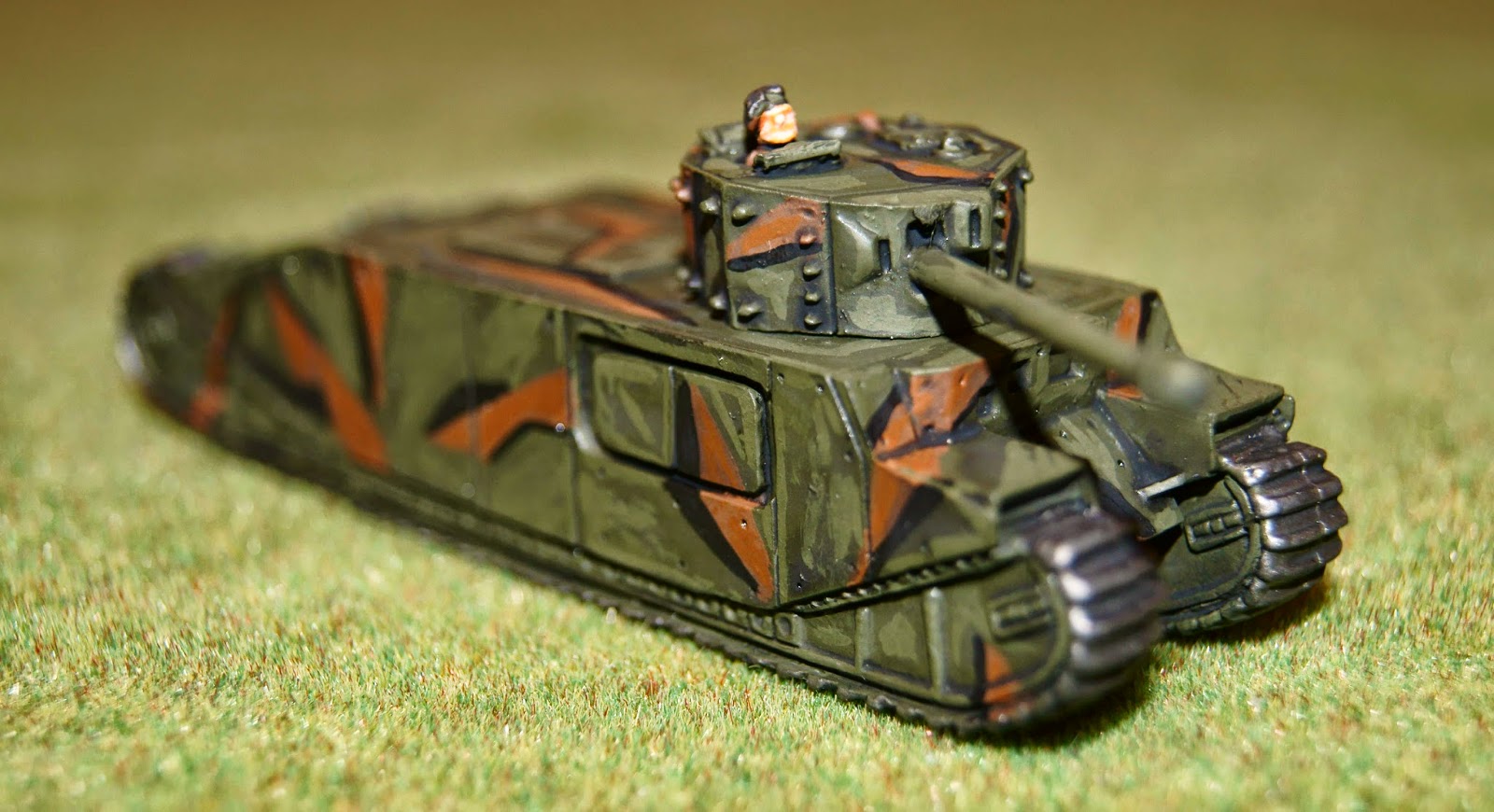 Lets start with this British TOG 2* which I bought after seeing the real one at Bovington earlier in the year.  It's a true beast of a tank, ridiculously big and impractical, but I think fantastically cool, I'm rather proud of the camouflage paint job as well.  The TOG 2* wasn't used in combat and was an experimental tank which is included in the Mid-War Monsters book.  We're playing and collecting late war, but can't help adding a few of the nuts vehicles from this book into our games, just because we can really.

These are two infantry command stands to act as company HQ and 2inC stands for when I field a British infantry list.  I think that they're from the Italy range, but look generic enough to me to fill in for almost any formation. 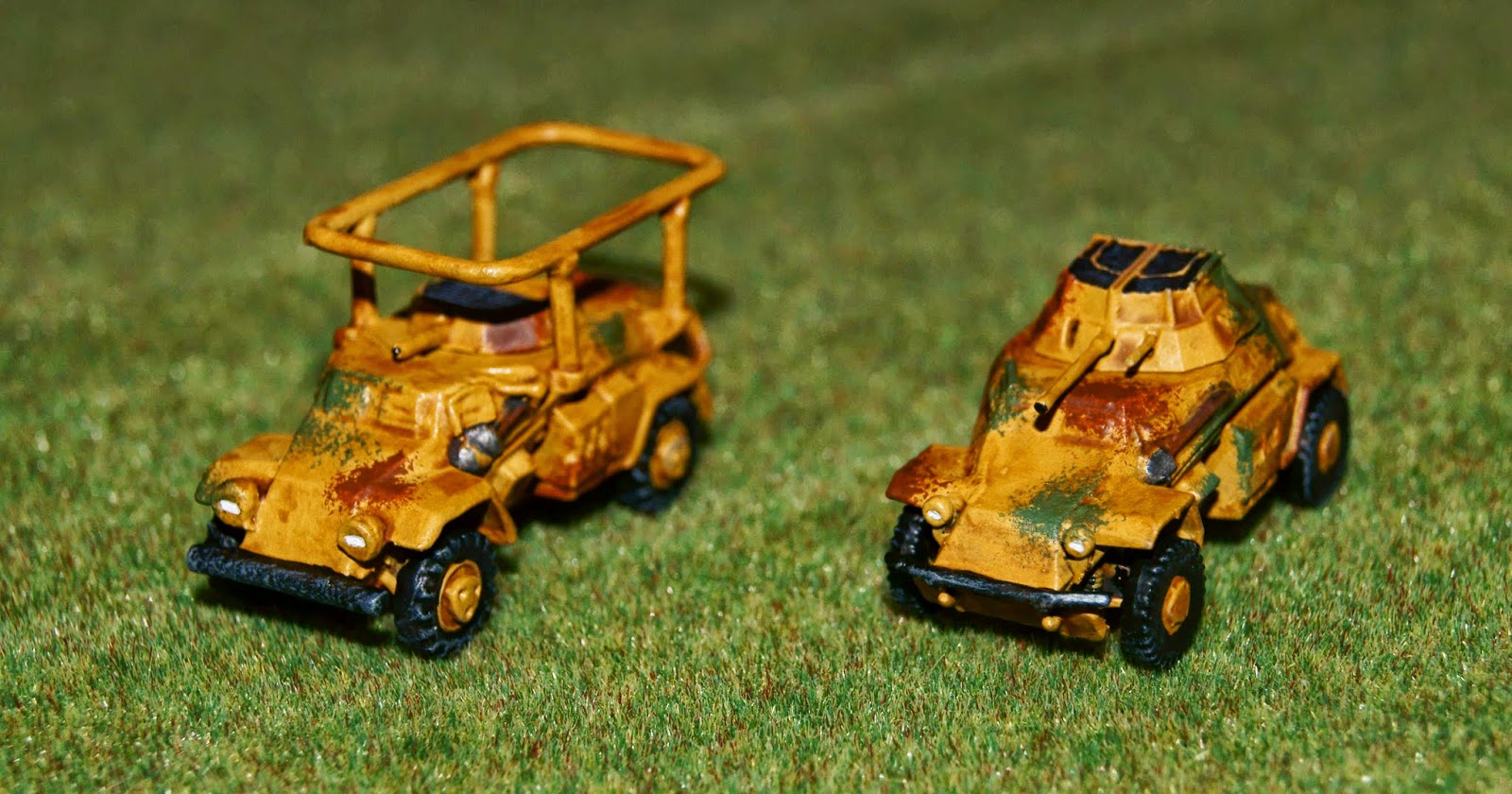 Switching to the Germans now for these two armoured cars.  Here we have a Sd Kfz 223 (radio) from battlefront and a zvezda Sd Kfz 222 (2cm), I already have one of these cars so can now field a recon platoon. 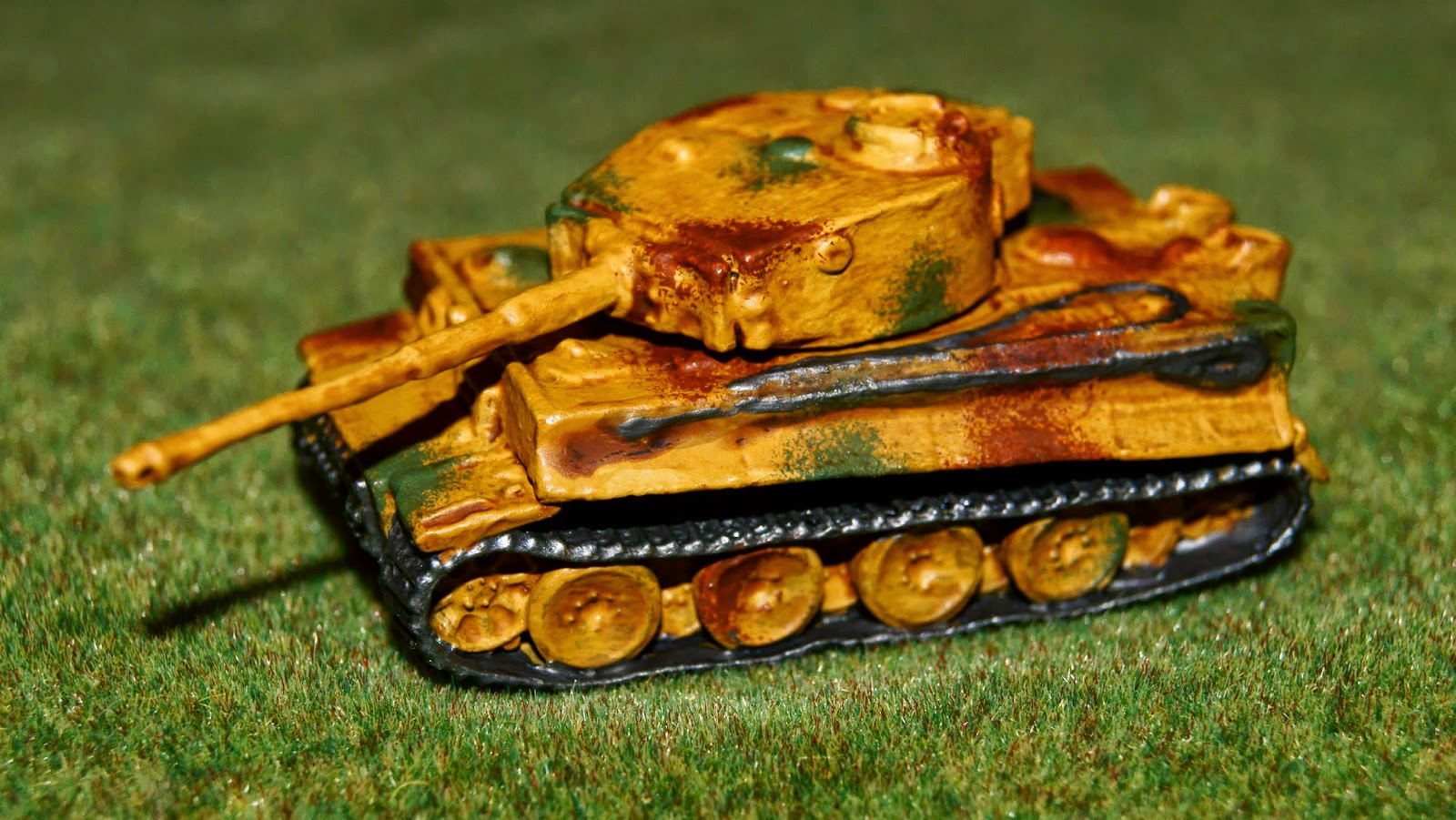 The next four tanks came as a single lot off of ebay, the auction said they were made by 'peter pig' which isn't a company that I'm familiar with, but they came at the right price and I now have four more tanks for my German force.  Starting with this Tiger, which is awesome just because it a Tiger.

The bulk of the lot were these Panzer IV's.  They're not the best minis ever and the side plating seems to be attached at a slightly off angle, but they will do their job.

Somehow this means I seem to have acquired a German army without particulary intending too.  If I take out the tiger I get a list coming in at just under 1500ptsusing the SS panzer division list from Atlantik Wall.  I've no idea if this is a reasonable list, but lots of tanks is fun.
Posted by brownk29 at 20:01:00 1 comment: