AT-AT In The Snow


Last week most of Britain was covered in snow, including my little bit of Bedfordshire, now whilst many folks made snowmen and ruined the nice snow in their gardens I had a much better idea.  I went and found my AT-AT and an AT-ST from the star wars miniatures game I used to play a lot and deployed them in the garden as a Hoth recreation.

Looking back now I could have done a lot better, and added some snowtroopers and rebel fortifications, still I'm sure it will snow again even if I have to wait till next winter! 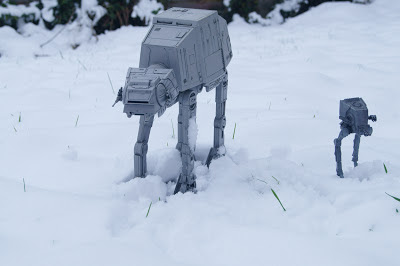 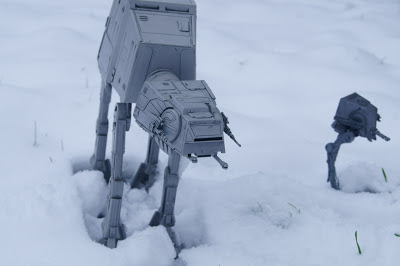 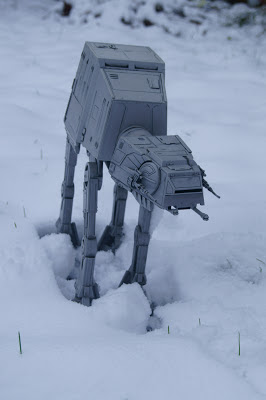 I'm getting closer and closer to finishing my Hobbit set and we start today with Ori, Dori and Nori, I think Dori is my favorite out of this lot. 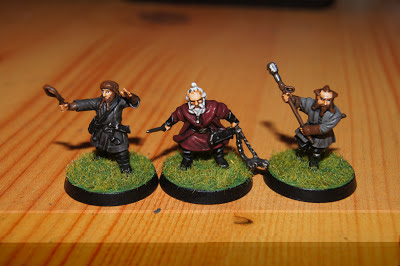 Then we have yet some more goblins; 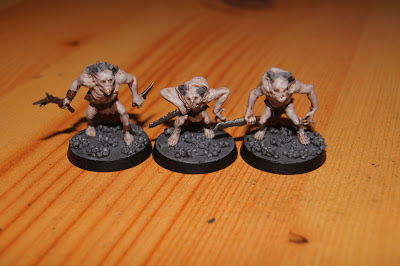 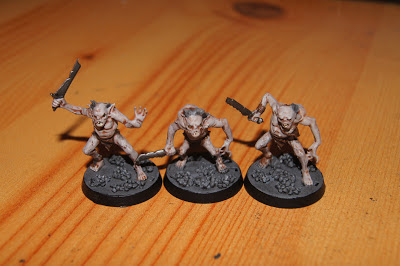 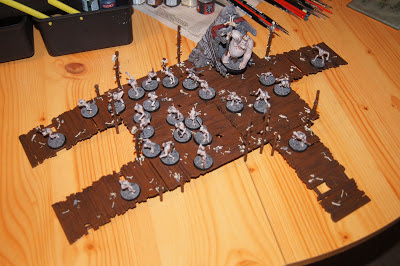 Kili, Fili and the final batch of goblins are nearly done as well and should be appearing soon.
Posted by brownk29 at 11:32:00 3 comments: 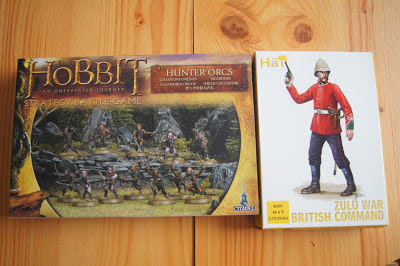 A couple of weeks ago I posted a few new years resolutions, one of which was not to buy any more models until easter!  I knew it was probaly over ambitous, but still I expected to last a little longer, but no I have failed already.  As you can see above I've bought some hunter orcs from games workshop and and the new zulu war command figures from HaT and am looking forward to painting both.
Posted by brownk29 at 20:50:00 4 comments:

Yep, more from the Hobbit boxed set today, specifically 4 of the dwarves, the top picture shows Gloin and Oin, who I'm rather pleased with,  below them is Balin and Dwalin, who whilst I still think are OK didn't turn out as well as the other two.  At the bottom is the Great Goblins throne.  I'm chugging along nicely now with half the dwarves, most of the goblins, and all the scenary apart from one platform painted up. 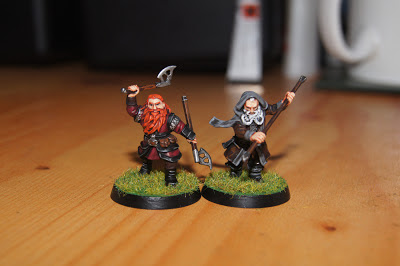 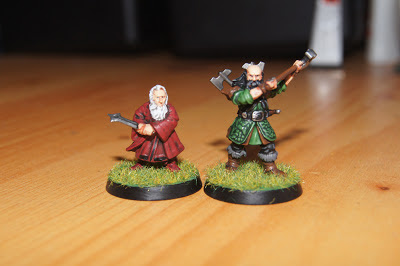 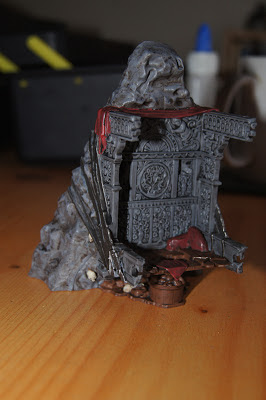 Back to middle-earth today, with some more models from The Hobbit starter set.  First off is the mighty Thorin Oakensheild, he has the option of being armed with with the elven blade orcist or with his dwarf sword and the oakensheild.  He finds orcist pretty early on in the story so I've chosen to arm him with that. 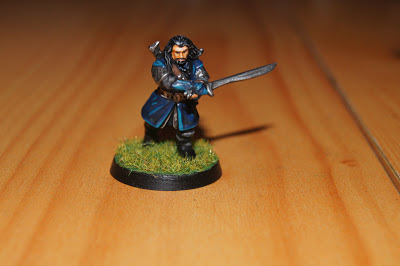 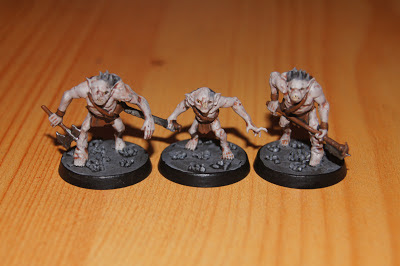 Then we have the Great Goblin, who is my favorite out of this lot after being painted, which suprised me a bit, as before the paintjob I wasn't so impressed. 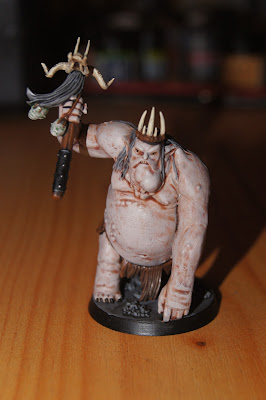 Then we have the great goblins two henchmen, grishnah and the tiny goblin captain, both painted in the same way as all the other goblins.  I've no idea why they decided to make the goblin captain so tiny, but I'm not a fan of it. 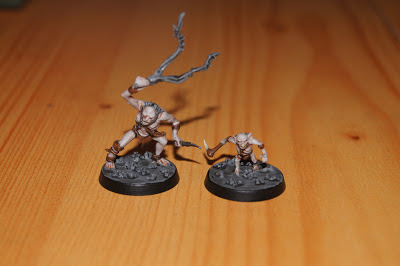 And finally another couple of pieces of goblin town 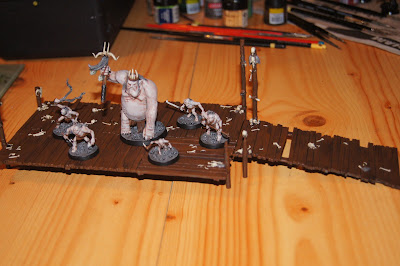 
For a bit of a change I have something for you today that has nothing whatsoever to do with middle-earth.  We have infact an airfix model of HMS Victory, it doesn't say what scale on the box (more than a tad annoying), but it is the smaller cheap version (it costs little more than a fiver).

It's a VERY simple kit with under 20 pieces total, and it shows.  I think the end result is unsatisfying, but I'm not sure what else I could do to improve it that much.  In the end it is tempting me to buy a bigger kit and do the ship justice. 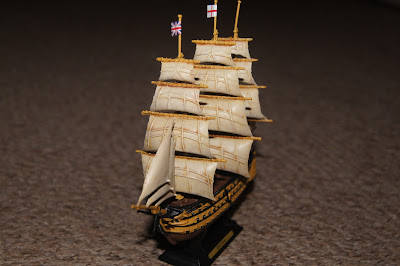 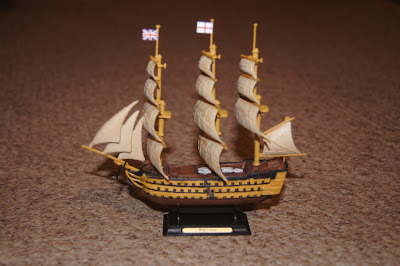 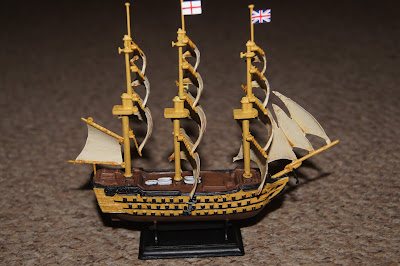 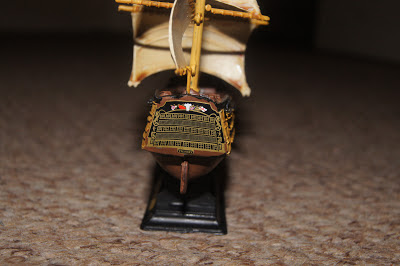 One of the most annoying parts of this model is the utter lack of rear detail, which is just covered up with a transfer.


Well happy new year everybody! I know it's a bit late, but a hangover, helping a friend decorate and having to do that annoying work thing have all got in the way of me finishing this post.  It's been an interesting year with the jubilee, olympics and of course a miraculous apocalypse survival.

My blog has reached a much wider audience this year, with a doubling in followers and my hit rate going up steadily.  I've managed to post consistently as well, although there were a couple of months I slipped up a bit. 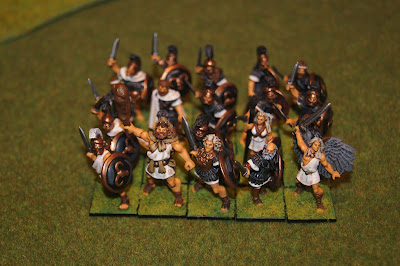 These argonauts were among my favorite models this year.

My gaming year was dominated by 40K in the end, especially gaming time, but also with painting as I added a whole new army in my alpha legion and an imperial guard detactment.  The second game of the year turned out to be victory at sea, again with both gaming and painting, we are looking foward to the second edition of this next year.  Alas not everything I paint ends up getting used on the battlefeild, both my ancient greek and LOTR collections got a lot of models painted this year, but neither saw a game, hopefully something that will get remedied next year. 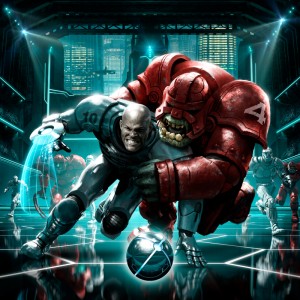 I'm hoping to play a lot of dreadball this year

1.  to continue blogging, my blogs not been a roaring success, but its not been a disaster either, more importantly I do enjoy it, so I resolve to keep blogging at least once a week. - 109 posts in 2012 says that this one is a success

2.  to finally get my high elf army upto 3000pts by finishing the unit of reavers and the unit of sea guard that have been sat at the side of my table for the last 8 months. - fail the reavers got done, but the sea guard still aren't finished.

3.  to finish painting the ships and monsters from Dreadfleet.  - yep done... and they've not been out of the box since, make your own judgement on that one.

4.  to get at least 1500pts of eldar painted so we can at least play some battles with them.  -  just, but thats still a success

5.  not to buy more models than I paint, so the queue at least is reducing.  - a success! the size of my queue has reduced by exactly 15 models!

6.  to spend more time playing a bigger variety of games - fail, nowhere near as many games as I would have liked this year.

4 out of 6 isn't bad, still not having the high elf army finished is kinda gutting.  I've got less resolutions for this year, they are.......

2.  Paint all the models form my Hobbit boxed set.

3.  Paint all the models from the dreadball kickstarter and actually play a bunch of games.

4.  Don't buy any models between new year and easter (clearly silly, but another attempt to reduce the queue).

we'll see how I did at these this time next year.