I spent last Saturday walking round the spectacular RSPB reserve at Minsmere in Suffolk, from a lot of the hides I could see some mysterious ruins in the background, as it happened the footpath back to the campsite happened to go straight past them. 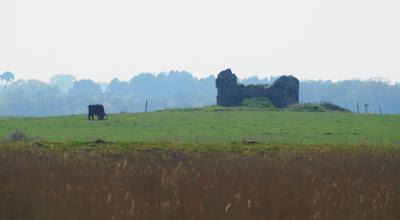 As I approached the ruins of the 12th century chapel (all that's left of a once much larger abbey) actually turned out to be somewhat smaller than they looked from across the reserve.  But then as we got very close they suddenly got a lot more interesting, as I noticed what seemed to be a pillbox built inside!  The information board confirmed my suspicions this was in fact a WW2 pillbox built inside a scheduled ancient monument.  I've never seen anything quite like it. 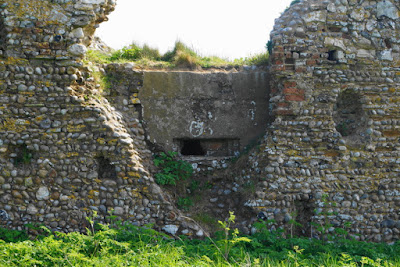 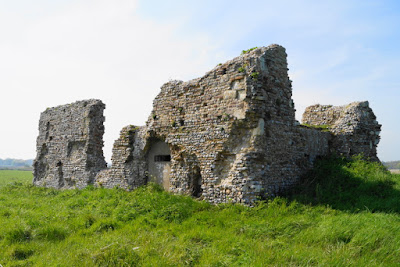 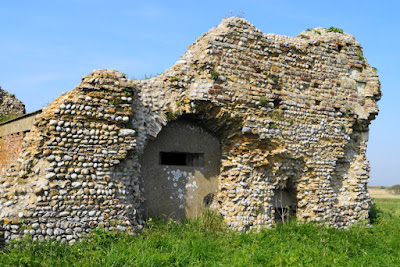 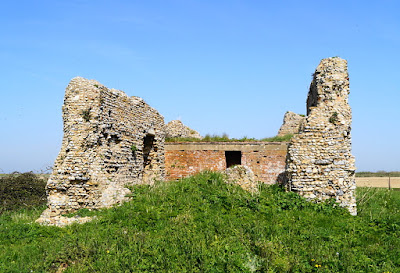 The rest of the abbey got pulled down in the 14th century and the stone moved three miles or so down the road to a new Leiston Abbey which is currently a free to access English Heritage property.  We visited this larger and more impressive ruin as well (pic below), but it didn't have the same charm as the little pillbox in the ruin. 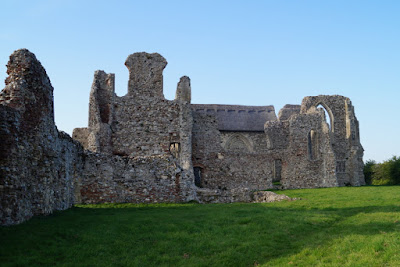