After over a month of being slack I seem to have finally got the painting bug back again and I have painted all the interesting minis from the Assassinorum: Execution Force game.  By 'interesting' minis I mean everything except the cultists, not that I think there's anything wrong with them, just that I've painted the same minis before when they came in the Dark Vengeance set.

Lets start with the stars of the show the Assassins; and in particular my long-time favourite temple the Vindicare. 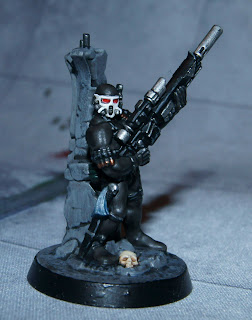 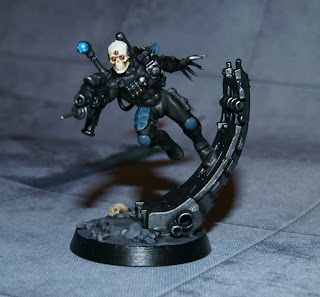 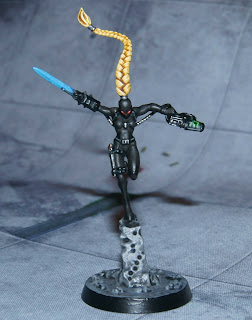 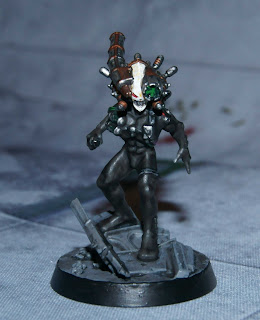 The Assassins weren't the easiest minis to paint and I spent a good while considering the best approach before starting painting.  This is a very unusual approach for me, in the end I painted them solid grey to start with and then washed them with 'Nuln Oil' five times to give the depth to the synsuits.

I've also painted the Big Bads from the game.  As my Chaos Space Marine army is painted as Alpha Legion I have naturally painted these to match. 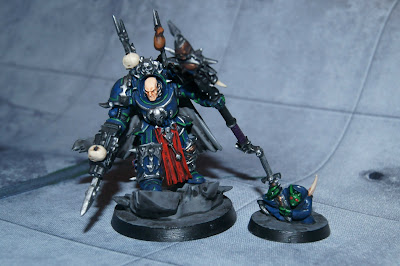 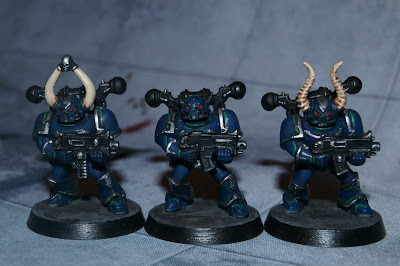 
I've played Warhammer for many, many years, it was in it's 4th edition when I started and I've played it on and off ever since.  So it is with some sadness that I greeted the news of Warhammer Fantasy Battles discontinuation.  Although it saddens me, it doesn't surprise me, if the 'end times' wasn't a big enough hint there's been a problem with Warhammer for a long time.  It's got clunky and unwieldy, in background and rules, and whist I've still been playing every so often I've hardly been buying any new minis for it at all, and I expect that's a common story.  The entry costs are too high as well, so if older players aren't buying and new players aren't joining it had to go. 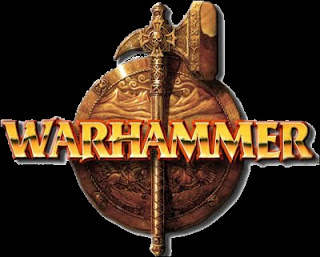 What's interesting is its replacement the 'Age of Sigmar', the new fantasy game from GW.  The successor to Warhammer, but a very different beast.  There's some stuff to like here, GW have provided the rules (all 4 pages of them) and stats for all old Warhammer minis as free downloads so you can start playing straight away.  Also apparently army books are a thing of the past and rules will now be included in the box of minis when you buy them, excellent stuff, this will help players pick up a box or two of minis they happen to like and get them on the gaming table, this is a move forward.  The new miniatures are of course fantastic, I really like the look of the new Sigmarites and whilst the chaos stuff isn't a radical redesign, it is well done.  However there are some mortal problems that I see with the new system, firstly it's way to simple, Warhammer was a game of manoeuvre, this isn't, this is a game of rolling dice and killing stuff.  The real killer is the lack of points values, you just use whatever takes your fancy or until you run out of space to deploy it! 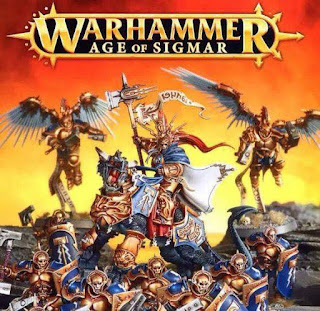 I can see what GW are trying to do here, it's a big gamble and I hope it works for them, but I'm not going to be getting on board with this, I'll still play Warhammer and will be keeping an eye on the new model range to see if there's any cool stuff I can retrofit into my Warhammer armies.  It seems to have got off to a good start in one way at least, the White Dwarf with the free Sigmarite mini has completely sold out, and before I could get a copy :-( 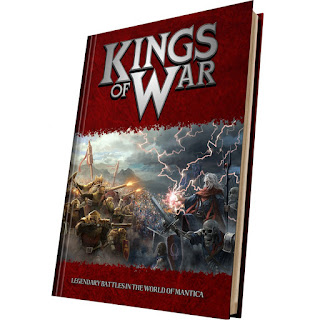 However as it happens this has all happened with fantastic timing for Mantic Games who see the release of their own mass battle system 'Kings of War' next month.  The mechanics are different, but this is very much a strategic fantasy massed battle game.  Two of us in our gaming group pledged for the Kickstarter a few months ago and the first packages are due soon.  We'd been looking at Kings of War as we were finding problems with Warhammer and wanted a slicker, but still strategic, fantasy battle game, and Kings of War seems to fill this hole nicely.  Ultimately whilst Warhammer and Kings of War were direct competitors, trying to do the same thing, Age of Sigmar and Kings of War are doing very different things, which I suspect will ultimately benefit both systems.