It's been a big month with my two wargaming magazines, lets start as usual with White Dwarf. 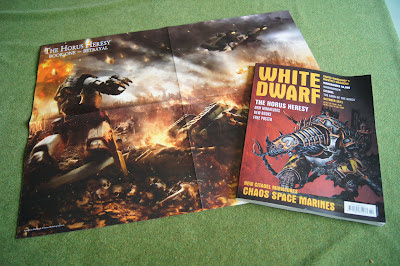 White Dwarf 394 (actually I now can't see that number anywhere so WD Oct 2012) is the first of a new era, with a complete redesign and an increase in size and price.  There is a lot of good here, it's a big improvement.  I like the new styling, I like that black library, forgeworld and fantasy flight games are given a proper place.  At the end of the mag is a nice section of whats going on in WD, the design studio, black libray and forgeworld, with the sort of design notes that have been missing of late.  Jervis Johnson, Jeremey Vetcock and John Blanche (blanchistu is spectacular this month) get columns and there are quite a few examples of poeples models and conversions.  A battle report of course features and there is a nice article called the rivals which pits two warhammer generals against each other in army design.  It's not all good though the painting section is still very basic with little in the way of techniques, and the biggy is that the new releases section takes up a whooping 50 pages! A full third of the space.  It's definatly better, but not quite yet fixed.

It also comes with a fre Horus Heresy poster which is OK if not spectacular. 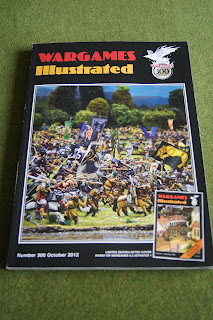 Wargames Illustrated celebrates its 300th issuse by producing a huge issuse of just shy of 300 pages!  This months theme is last stands and the mag has many many articles on famous and not famous last stands throughout history.  Flames of war only gets a quick look in where they explore the new plastic starter set (which I am tempted by), but pretty much every era gets at least one article.  I've not had a chance to read it all yet, but it's very impressive eye candy and the articles I have read have been up to the usual standard (including an interesting one trying to sperate the myth of the 300 spartans from reality).
Posted by brownk29 at 12:17:00 No comments: 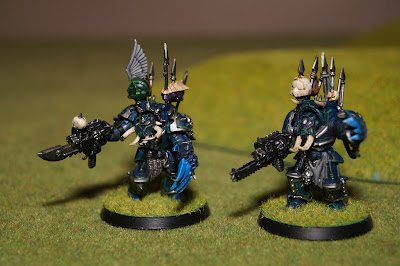 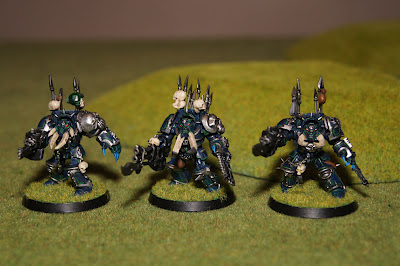 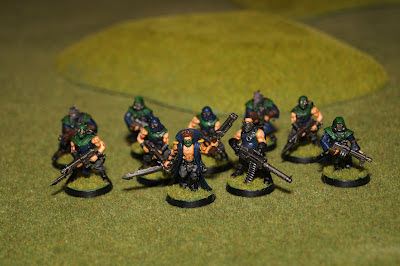 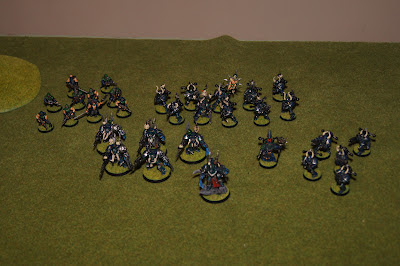 
An assortment of recently finished projects today, all for warhammer 40K. 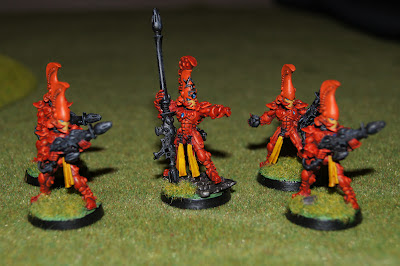 Starting off with these 5 fire dragons with exarch, which takes my fire dragon squad upto 10 and enough firepower to melt just about anything! 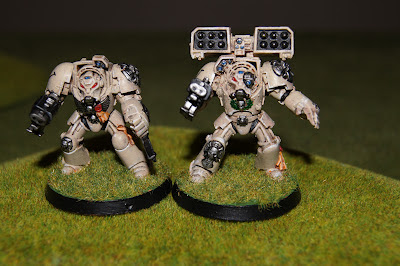 Another squad is completed with these two terminators taking my 'normal' terminator squad upto a full 10 men. 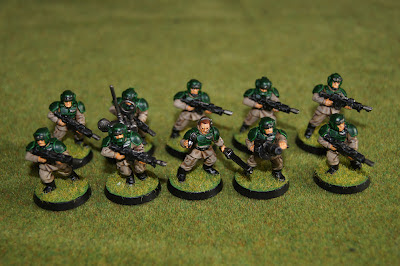 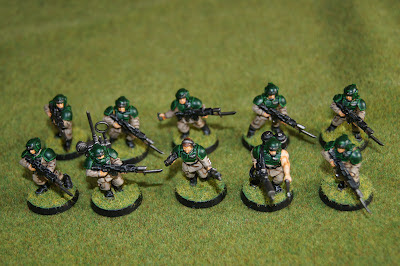 And finally two squads of Imperial Guard infantry to form the core of my allied detachment. These came off ebay cheap, but one of the downsides of this is that they're not put together as well as I would have liked, but they're OK and will hopefully do their job well.
Posted by brownk29 at 20:16:00 No comments: 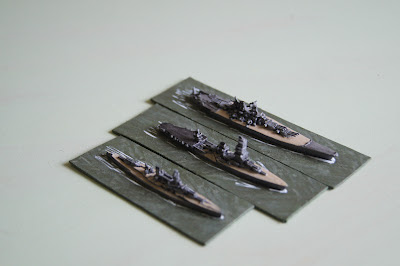 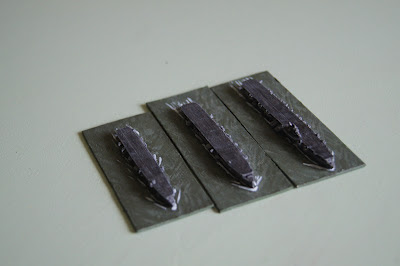 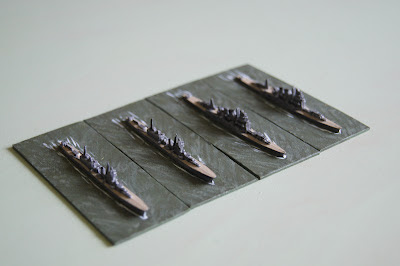 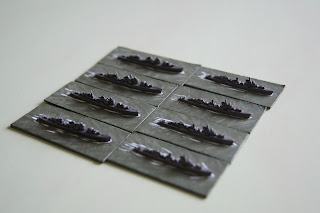 A Few Thoughts On The Dreadball Kickstarter 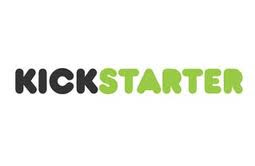 Kickstarter seems to be the in thing at the moment, with many gaming companies running successful campaigns to launch new games/ranges.  The one that is interesting/tempting me is the dreadball one from Mantic Games.

The first question I had was why on earth kickstarter? the game was clearly already done, designed and the models produced.  One of the earliest 'stretch' goals was the refbot which was in the rules and the model had already been produced and an example painted up.  It all sort of looked like a bit of a con.  Also the deal at the beginning frankly didn't look that good at the $150 'striker' level that the campaign has been centered around.  But a lot of this was because I didn't understand how kickstarter works, Mantic sensibly started out not promising too much so that they could add more stuff in later, and we are at the point now in the goals where things like Hex-bases seem to be genuinely stuff they couldn't do without this upfront funding. 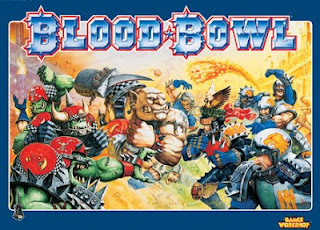 Onto the game itself, firstly I want to give big respect to Jake Thornton (the writer) for addressing the big question over on his blog, that is of course, have you just copied Games Workshop's classic fantasy sports game Blood bowl?  And whilst it is aimed to appeal to the same people that like Blood Bowl Jake has purposely designed it to not be blood bowl.

How the game works is slowly coming out and it has some interesting mechanics, I like the standardised class system, but the big one for me is no resets after scoring.  This is massive and will add a whole new layer to the game, no good scoring if the opponents can easily score straight back again.  I'm also a fan of 'sudden death' and that there will always be a winner.  It can be difficult to see how it all adds together at the moment and I hope a video of someone actually playing turns up before the kickstarter ends.

That's the positive, there is also one negative for me, and that's the selection of the standard fantasy races as teams (although I understand that that is to match the races from warpath), as this makes it look a lot more like blood bowl and opens up the copying accusations.  Having said that some of the MVP's starting to be shown are taking it more in the sci-fi direction I like to see.

In the end it's very, very tempting, and the deal is starting to look good, at the time of writing you get all this for $150, with 28 days to go, and hopefully many more stretch goals to be reached: