Even More For The Forces Of Nature

I've been beavering away on some more stuff for my new Forces of Nature army for Kings of War.  To start with I went back to the remains of my Loka earth set and pulled out a bishop to serve as a druid. 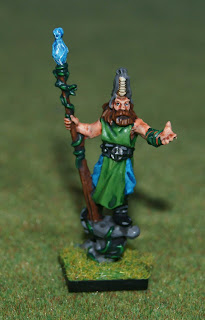 After that I had a lot of fun making this unit of 'Hunters of the Wild'.  The unit description says the hunters are a mix of sprites, dryads, fauns, satyrs and other forest folk.  Basically an excuse to do what you like, I had a rummage round my spare minis boxes and managed to bring together this unit of ten that I'm really pleased with.  I've made a couple of purchases that will allow me to bring this unit up to 20 in the near future. 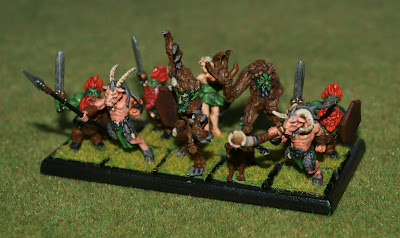 These two are a couple of Games Workshop Warhammer fantasy Beastmen Gors, now being used to represent Fauns 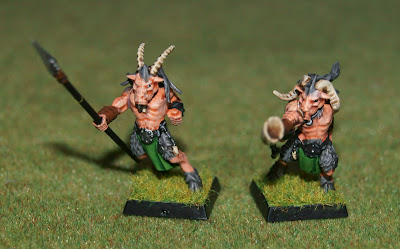 Also from Warhammer we have these two old metal Dryad minis, who were previously found playing bloodbowl with my Halfling team. 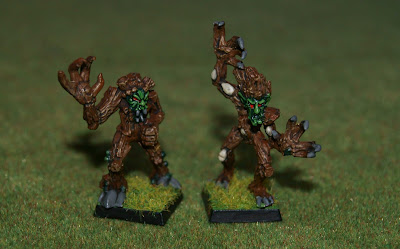 The Loka set provides yet more minis for the army with these dwarf pawns, painted green as to represent 'green men' forest spirits. 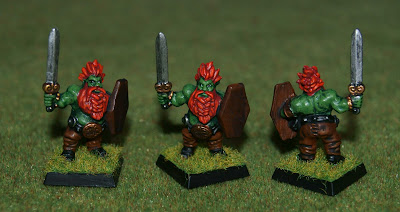 The unit is bought upto strength by a Warhammer Wood Elf Sprite, an elf huntress that was free from Foundry and a dog from GW's Lord of the Rings range. 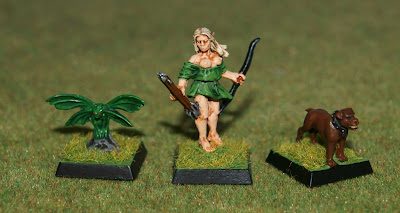 I also dug out this old citadel unicorn that I had in my collection.  Unicorns are heroes with the heal spell, which I think is going to prove useful. 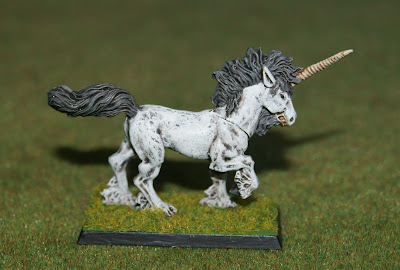 I've gone out and bought these two Pegasi from Foundry's Greek Mythology range which will add some much valued mobility to the force. 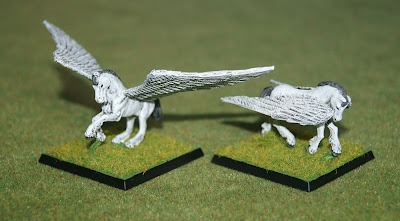 And finally here's a pic of how the army stands today.  I've got plenty of Heroes and Monsters, but not enough proper regiments.  The Hunters will be bought up to a full regiment soon and later in the year I'll be getting regiments of Salamanders and Naiads from my kickstarter package, in the meanwhile I'm considering giving some of my old plastic Saurus minis a quick lick of paint to stand in as Salamanders.