My latest finished project is an airfix model of the Queen Elizabeth class Battlesip HMS Warspite in 1:600 scale, this is the fifth WW2 Royal Navy ship I've built in this scale (see the others here). 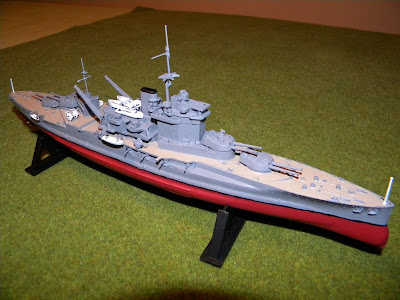 HMS Warspite was a famous ship, serving in both world wars, and earning the most battle honours ever awarded to a British ship.  These battles included the famous battles of Jutland and Matapan.  She also held the record for the longest range hit on a moving target from a moving ship on an italian battleship at a range of a whoping 26,000 yards. 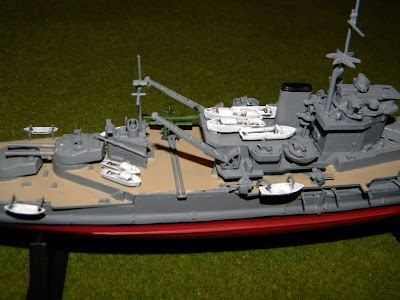 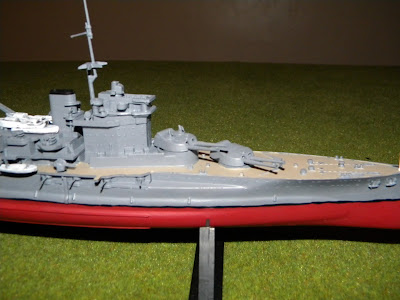 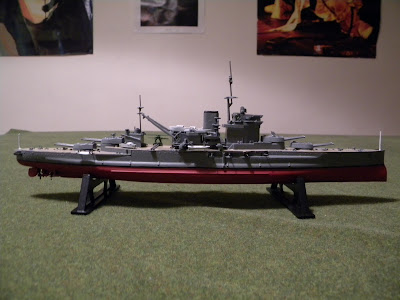 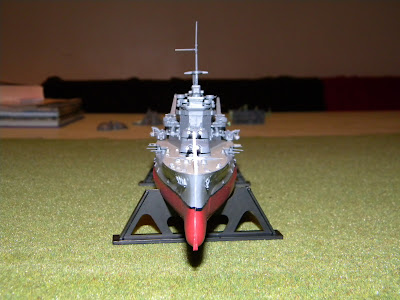 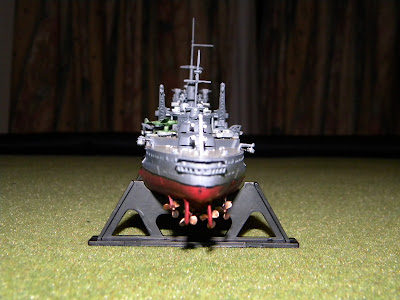 An enjoyable kit, seemed like less parts than the HMS Belfast that I did recently even though it's a bigger ship. There was a lot of flash,  but nothing that couldn't be dealt with easily.  As I always do with these kits I had problems with the little boats hanging over the side. 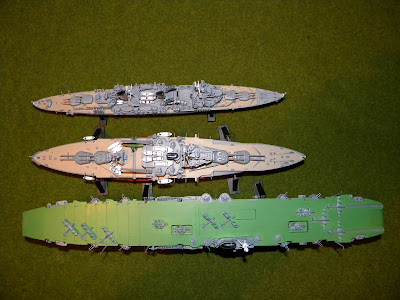 This picture ahows the relatove sizes of a few ships from my 'fleet' from top to bottom we have the light cruiser HMS Belfast, the Battleship HMS Warspite and the carrier HMS Ark Royal.﻿

I remembered to take a few work in progress pics as I was building it this time: 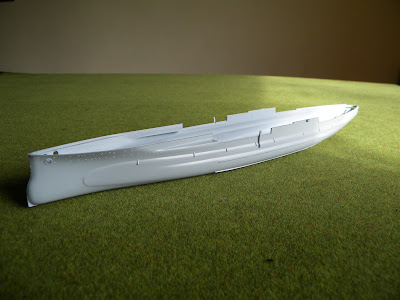 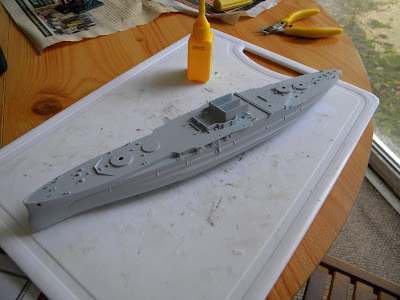 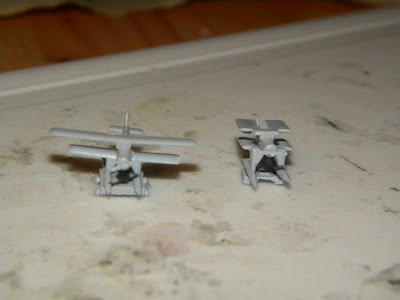 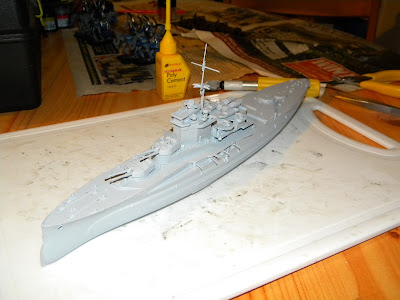 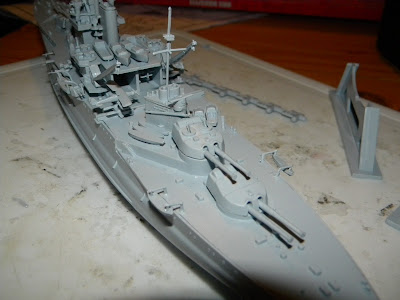 I have an urge to do another battleship now and I'm torn between a HMS Nelson and a HMS (technically a battlecruiser I know, but close enough).
Posted by brownk29 at 22:14:00