Dreadfleet - The Shadewraith & The Black Kraken

I've painted the first few bits from GW's dreafleet.  Two ships from the dreadfleet itself and a couple of the island pieces.  I started with the two ships that I thought would be easiest to paint.  I've also decided to paint most of the ships similar to the way GW have, although possibly a tad more muted, but we will see. 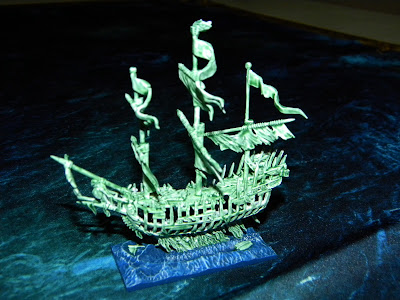 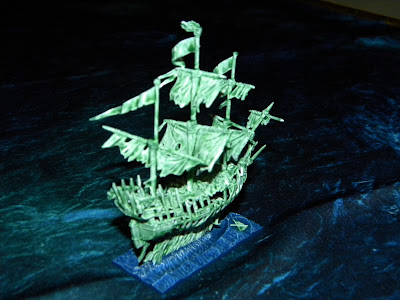 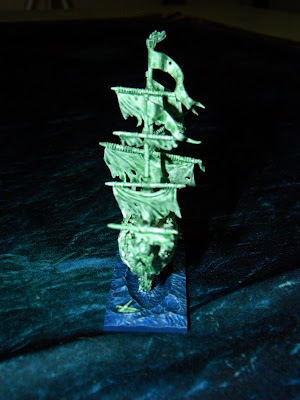 The Shadewraith, a floating ghost ship, this was so easy to paint, I painted it white then covered it in a green wash, and that was it.  The inital plan was to rehighlight it white, but having washed it I don't think it was nessacery. 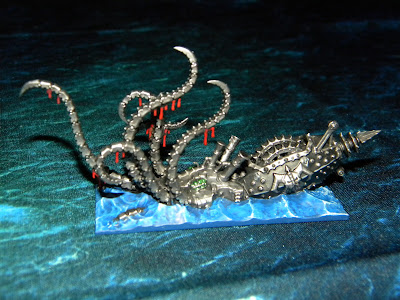 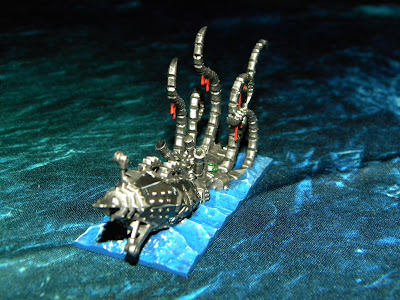 ﻿The Black Kraken, a mechanical submersible crewed by a chaos dwarf and powered by a bound deamon. 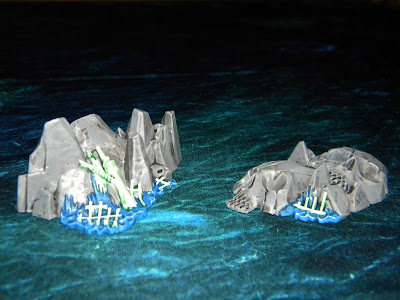 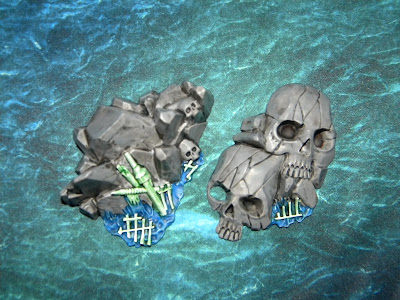 Skull Island and a rocky isle.  I've decided to paint all the shipwreck peices in the game in the same ghostly manner as the shadewraith. 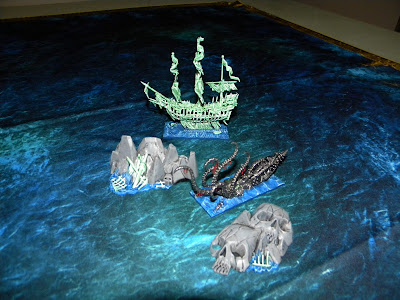 The Shadewraith and the Black Kraken move through the Galleons Graveyard