Mantic have finally posted a pic of the forge father steel warriors sprue, and a squad of ten models painted.  Each sprue contains 2 forge fathers, and a selection of heads and weapons.  The bodies, two of the heads and the hammer are taken from the kings of war dwarfs in the same manner as the marauder sprues.  I'm not against the resuing of parts in principle, but what I don't like is that I think the finished models look naff. 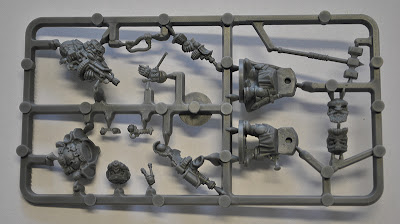 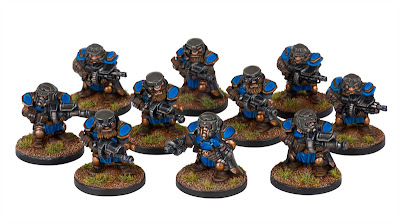 The new models, judge for yourselves

It's such a shame, the concept art was brilliant, as are the heavy weapons dudes and the hero model.  I really hope someone else likes these models as I want Mantic to continue to grow, but I think any thoughts of a forge father army I had have gone out of the window, as much as I like the elite stuff I have no desire to paint the basic grunts that would have to form the core of the army.  Heres hoping the corporation turn out better. 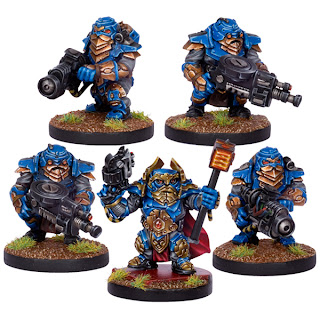