There Seems to be a Pirate Bug Going Around

There seems to be a lots of piratey goings on at the moment, not only am I eagerly awaiting the delivery of my copy of GW's Dreadfleet, I've been re-watching the Pirates of the Caribbean, and Beasts of War have been running a a very interesting week featuring Cutlass by Black Scorpion Games.

I'm very interested by cutlass, its a mordheim style skirmish game where your gang (pirate crew) advance in skills and weaponry, or get killed.  There are several things that make cutlass stand out, firstly as well as pirates, privateers and Royal Navy crews the game also features the four fantasy standards of elves, dwarves, orcs and undead (all in awesome pirate form).  The next thing of interest to me is that the campaign system has a built in end that several things can trigger and lead to a final showdown, and an eventual winner.  I think this is fantastic as mordheim always starts out great, but then petters out as gangs get too big. 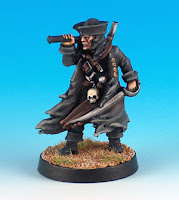 As interesting as those points are what gets me really excited is the models, they are absolutely fantastic.  I'm trying very hard not to put an order in right now (I'm fully aware that Dreadfleet is on its way and has I recon a months worth of painting or more in it).  I'm also envisaging a possible campaign featuring ship based battle (using the fantasy ships in dreadfleet) and land (or deck) based battles using black scorpions excellent pirate models.  This might all be a dream, and as much as I try I don't think it will be too long till I order some pirates. 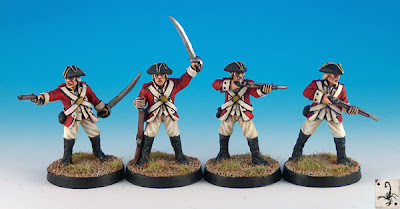 All ﻿images copyright Black Scorpion Games, used without permission.
Posted by brownk29 at 20:00:00