I paid a trip to the National Maritime Museum in london yesterday, it's not somewhere I've been before and I've been looking forward to it for a while.  The museum is about Britian's seafaring past and features galleries on exploration, trade (including slavery and empire) and warfare.  It's housed in grand buildings in Greenwich Park, London and there is no charge for entry.

There are lots of interesting artifacts, lots of weapons, old maps (I love old maps), navigation instruments and ship models amongst others.  There's a few larger items as well including an anchor from HMS Ark Royal, the Royal barge of Frederick, Prince of Wales and the back of the Napoleonic era ship of the line HMS Implacable.  There is also a small dsiplay focusing on Nelson and includes the uniform he was wearing at Trafalagar. 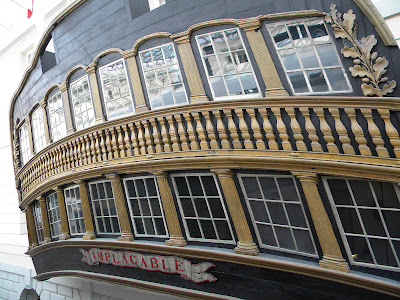 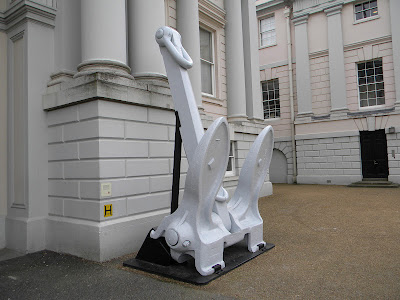 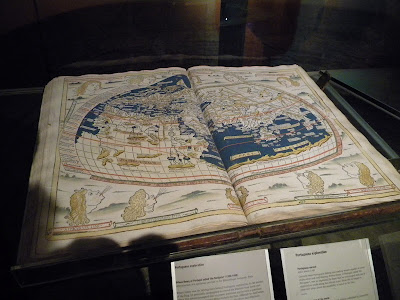 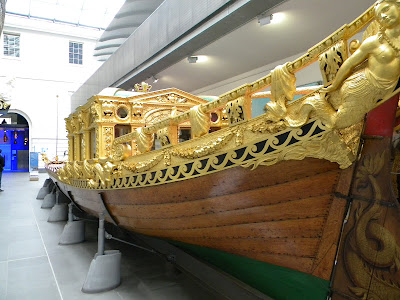 My favorite gallery was hidden away up on the second floor and was full of historic model ships of the kind presented to the admilralty when they were considering buying new ships. 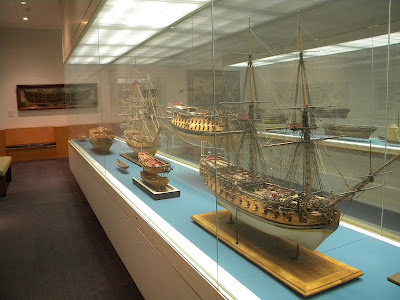 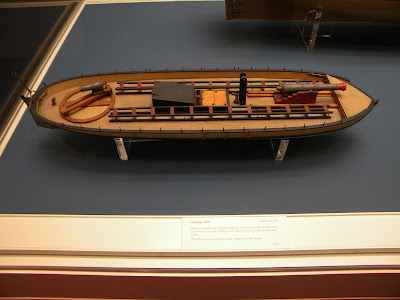 It appears to have been refurbished recently and there is a lot of open plan areas, bright lights and oddly designed galleries, maybe it does help some poeple engage with the subject, but I prefer my museums old style, and although it's a large building a lot of it seemed quite empty.  Still even with my moaning it was an enjoyable way to spend a couple of hours.

On the same site there is also the Queens House which shows some of the museums art collection, but the poeple I was with didn't fancy that, so it'll have to remain on the 'to do' list.

Behind the museaum up the hill is the Greenwich Royal Observatory, we didnt have the time to look round the observatory, but did climb the hill which has a great view from the top.
Posted by brownk29 at 11:59:00