I've decided to collect a city states army for the new greek mythology game 'tribes of legend' by wargames foundy.  To form the core of this new force I've gone and purchased a box of ancient hoplites from Immortal miniatures.  And I have to say that I'm rather glad that I did, this has turned out to be a quality product at a great price.  The box contains 36 (although it says 34 on the box, I'm not sure if getting two command sprues was a mistake) multipart hard plastic 28mm Greek hoplites.  It also contains a sprue of renedra bases, a sheet of sheild transfers and a little booklet describing all the different options and how you should use them to represent phalanxes from different eras.  The box is even of the right type to hold assembled and painted miniatures.  All of which I paid £16 for from an ebay seller (I'm unsure what the RRP is, but if it's around the £20 mark this is still a good deal).  Compared to the sci-fi/fantasy stuff I usually buy I'm very happy with the quailty:cost ratio here, and just the fact they seem to have thought about the whole package. 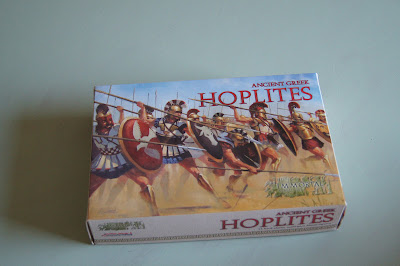 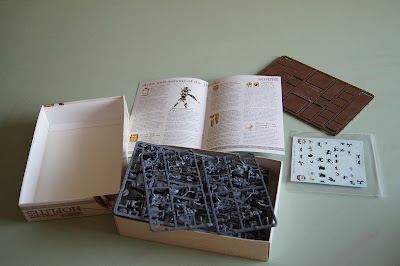 In Tribes of Legend hoplite units come as a group of 16 models, that means this box will provide me with two complete units and still leave me with a couple of spare guys.  I plan to convert one of the spares into a standard bearer so these guys can make do as a stand in pikeman unit in my warhammer dogs of war army as well as fulfilling their primary purpose.

I've painted my first unit of 16, plus a musician and one of the spare guys.  I've decided to go for a uniform look without any sheild designs, which isn't really accurate, but it's my army and I like it!  I've also painted the skin slighty darker than I usually do to try give the army a mediteranian feel. 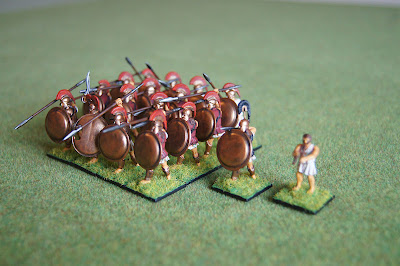 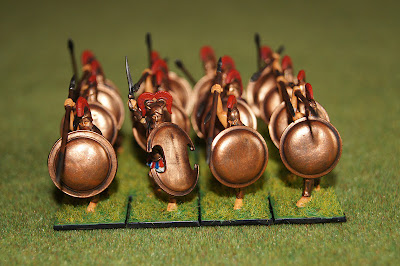 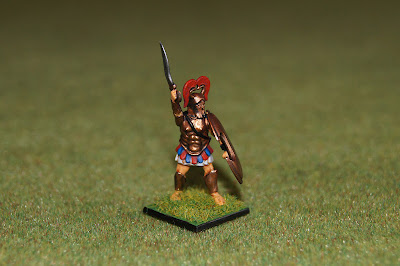 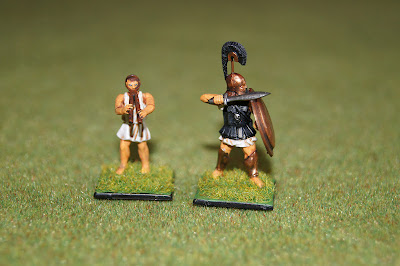 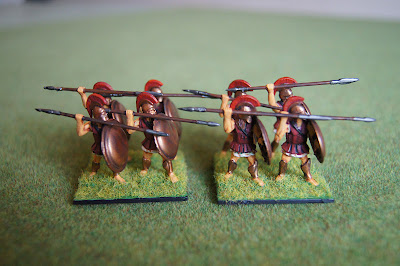 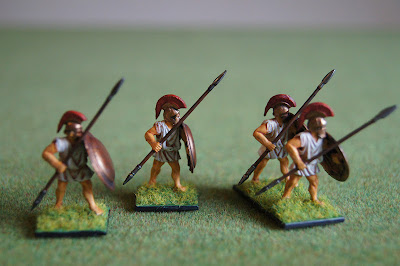 Email ThisBlogThis!Share to TwitterShare to FacebookShare to Pinterest
Labels: ancients, tribes of legend