My first new models of the year arrived this morning (I'm quietly pleased with myself that I lasted this long), and they are the modern British navy starter pack from Navwar.  I'm not sure yet what the gaming purpose for these models is, although I am considering a couple of what if conflicts.  I need to do some reserch into possible rules sets as well.  This aside I am aiming to collect all the major surface assets of the current Royal Navy (and with the defense cuts that shouldn't be too hard). 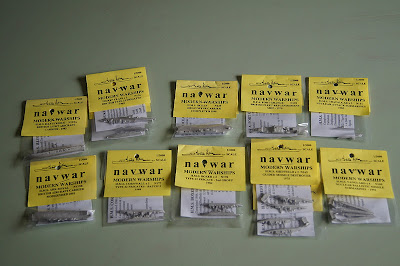 You get a total of 16 ships and 7 submarines (which I think is pretty good value for £10 + £1 postage).  4 of them are large ships, 2 Invincible class carriers, HMS Ocean and a RFA replenisment ship.  The bulk of the pack is the 12 escorts of various types, 8 frigates and 4 destroyers.  And finally you get 4 ballistic missile submarines and 3 attack submarines.  Around half the escorts and one of the carriers have now been retired from active service, but are obviously useful if you wanted to wargame some of the conflicts of the last few decades.  The detail is pretty well the same as the WW2 stuff I have from Navwar, it won't be good enough for everyone, but I'm happy enough with it. 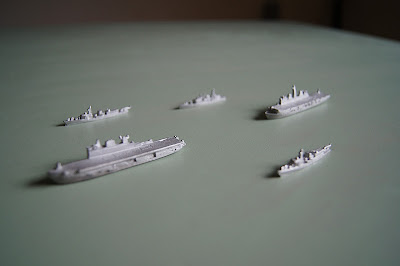 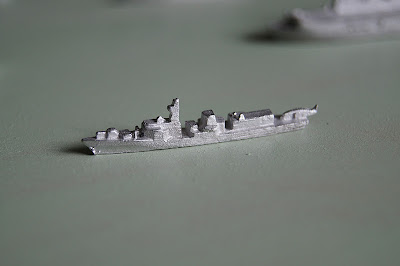 As usual the service from Navwar was excellent, with delivery in 4 days from me posting my order to them, I'm pretty chuffed with these.
Posted by brownk29 at 19:03:00