This is the first in a new series of articles in which I will introduce some of my armies, several things recently have made me realise that only two full armies (my warhammer dwarfs and my zulu war british) have actually been featured, as I tend to post what I've just done rather than models from my collection.  Anyway I intend to remedy this with this series of articles.  I will inevitably feature my armies that are in a better state first (some haven't been touched by a paint brush in a decade and are frankly appaling), to kick things off I'm going to have a look at my small Napoleonic British army in 1:72 scale.  I've dug this army out as crusader publishing have kindly sent me a PDF of their new 'March Attack' Napoleonic wars rules to try out, I've only had a quick look so far and they seem to be designed for 15mm forces rather than my 1:72nd scale troops, but still I think that'll be a minor issuse and I'm looking forward to giving them a go. 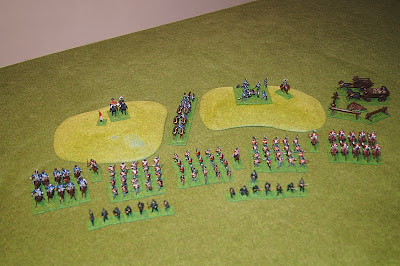 The army deployed for battle

Christmas 2009 saw me being given the airfix waterloo set as a present,  and that basically lead to this army.  I still haven't painted everything from that set yet which as well as the British included (which I've painted maybe 2/3rds of) a few Prussians (which I have painted), a French army (which hasn't been touched yet), a farmhouse (sort of done) and a couple of karts and farmyard accessories (painted).  This was given to me not long after I bought my first 1:72 scale zulu war figures and I was still in awe at the possibilties that historical figures were presenting to me. 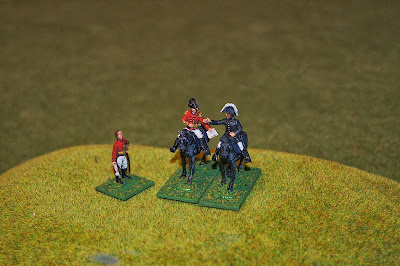 I took the decision with this army not to be too specific, unlike my other historical projects none of the troops in this army are painted to represent any specific regiments, this is so it will be easier for them to fight any number of enemies or ally with prussians or spainish gurrillas or whatever.  This wouldn't be to everyones taste, but the Napoleonic wars are so vast and I don't want to limit myself or have to paint a vast number of figures. 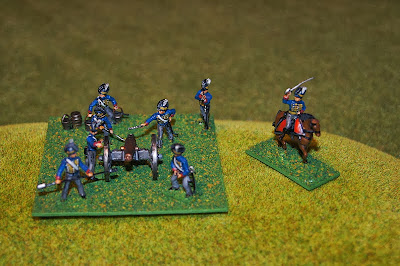 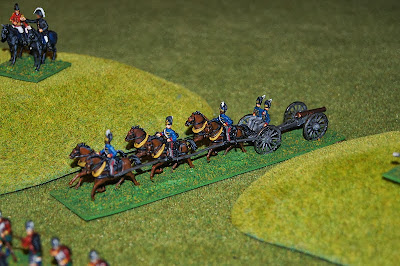 The core of the army are the airfix models from the waterloo set, but they're not fantastic looking models (the hussars in particular suck) and I've suplemented the army with officers, infantry and riflemen from italeri and some heavy dragoons from HaT. 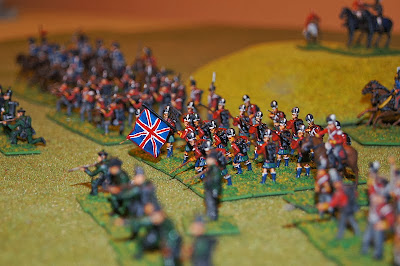 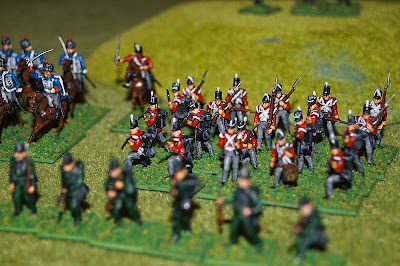 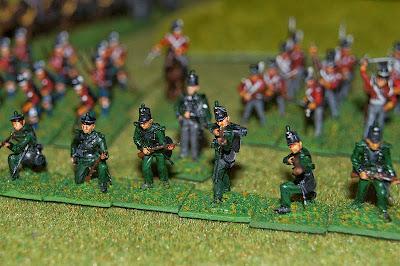 So what's the future plan for this army?  Well I have a LOT of models still to paint, I think I need to do another couple of regiments of basic infantry and another couple of cannons next, but really I probaly need to paint some French so they have someone to fight. 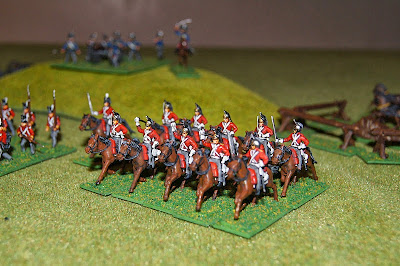 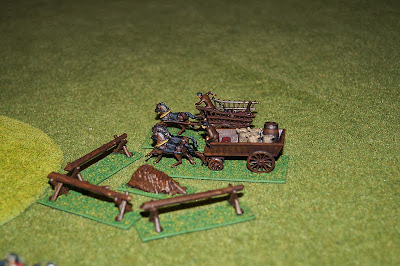