Finally a return to my occasional 'army focus' series, today featuring my warriors of chaos army for warhammer fantasy. 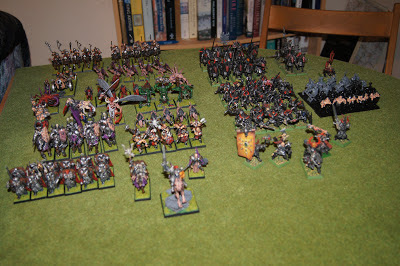 Part of this army is very old and was started when the original multi-part chaos warriors were released back in 1997! Which is a whooping 15 years ago, it's been added to over the years, but the army has two major phases with the original army on the right in the picture above and the rest on the left, most of which has been added over the last 5 years. 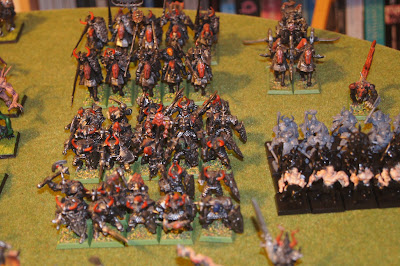 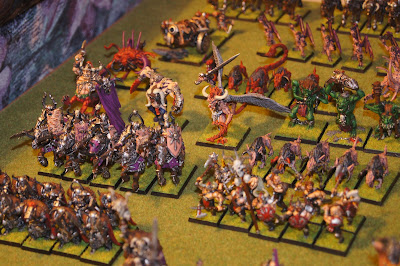 The way I've used this army has changed a lot over the years, way back when I started It was an infantry heavy force backed up by some chaos knights (back when they were 88pts each!).  I missed 6th whislt I was at uni and started playing again in 7th when I liked to feild a 1000pt all mounted list which I had a lot of success with.  Now in 8th I've returned to a mainly infantry list with cavalry only playing a supporting role. 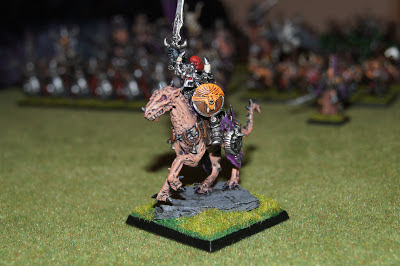 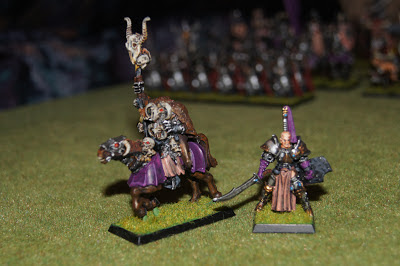 The original army was envisaged as a chaos undivided army, but when I returned to it I started painting my new additions in a mix of Slaanesh and Khorne.  This is an odd combination, but I think it works, and of course all is possible in chaos.

Below is my converted Hell Cannon.  This was something I put together from bits out of a giant mixed ebay lot that I bought.  It's a money saving device really, and not quite big enough and to be honest it's not had a great showing on the battlefeild either. 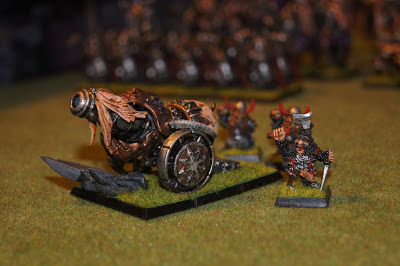 This army doesn't need anything drastic doing to it and gets used on a fairly regular basis.  I would like to get around to repainting the original forces so they match the new army, but it's not a priority.  I'd quite like to add some of the new deamonic cavalry at some point as well and maybe even a war altar, but as always we'll see.
Posted by brownk29 at 21:48:00