From The Painting Table #15


A few more random bits and pieces have been finished, which I present below; 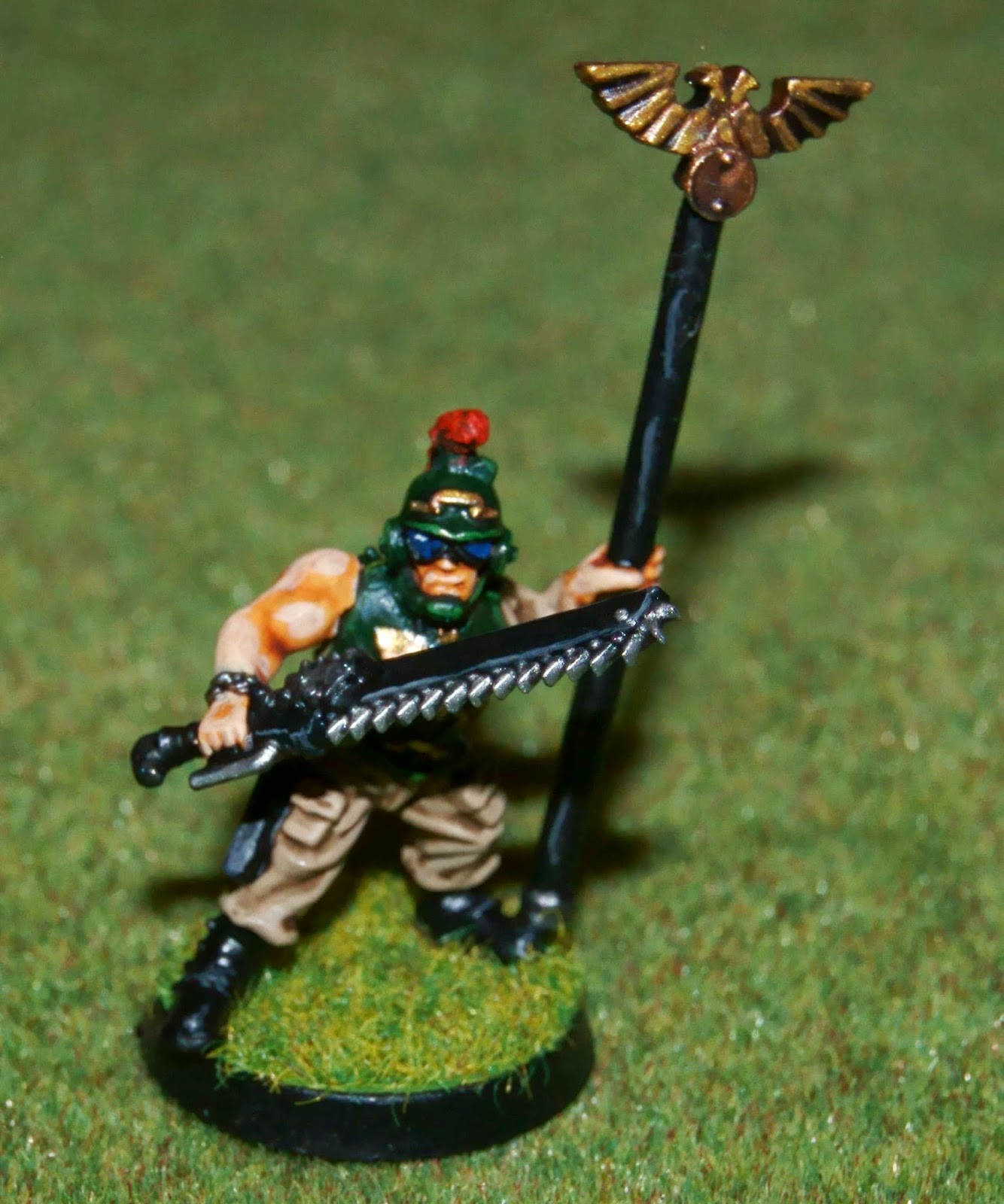 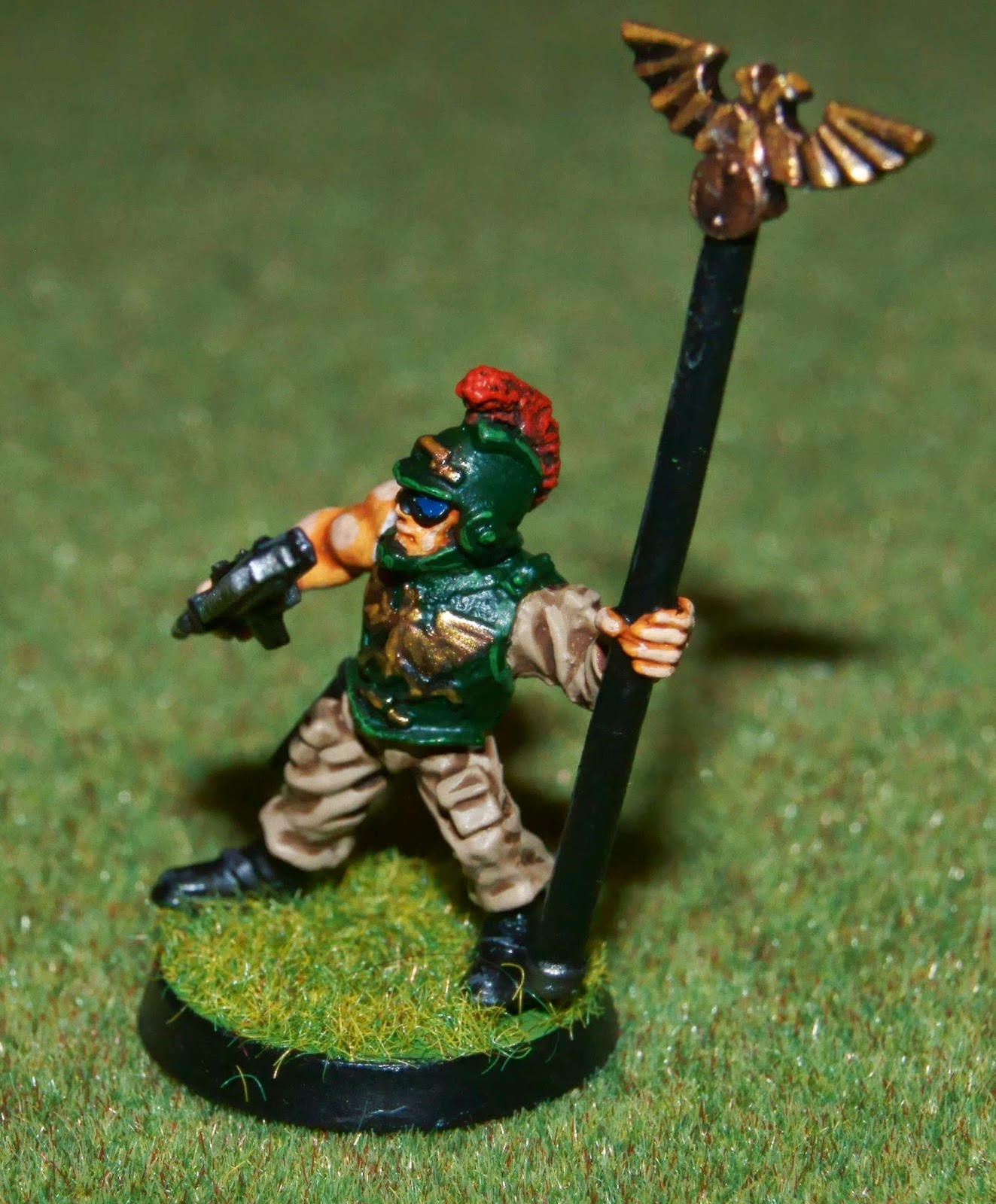 First this rogue trader era Imperial Army standard bearer for use with my Imperial Guard Astra Militarum army.  This guy came without his right arm, I searched fruitlessly for an appropriate spare Cadian arm, that would have worked better, but had to settle for this Catachan one in the end.

These are Ver-Mym from Mantic's warpath universe, although these ones came with the project Pandora game.  They're clearly space skaven, and are at the higher end of Mantic's variable sculpting range.  These have been painted to match the plague marines in my warhammer 40k chaos space marine army as they have a dual role as a squad of chaos cultists as well. 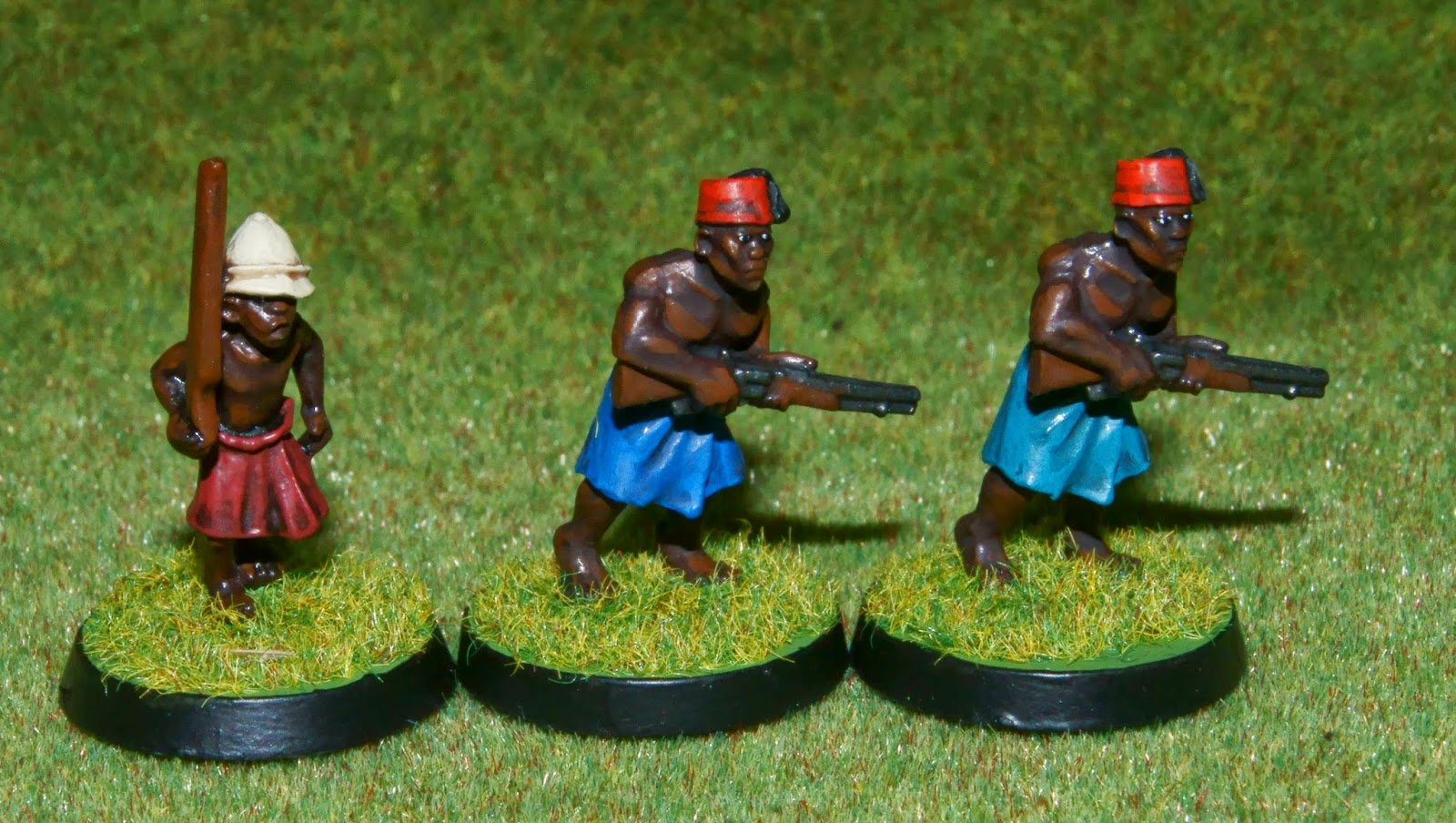 A few askaris from foundry's darkest Africa range to go with my as yet uncompleted explorers project. 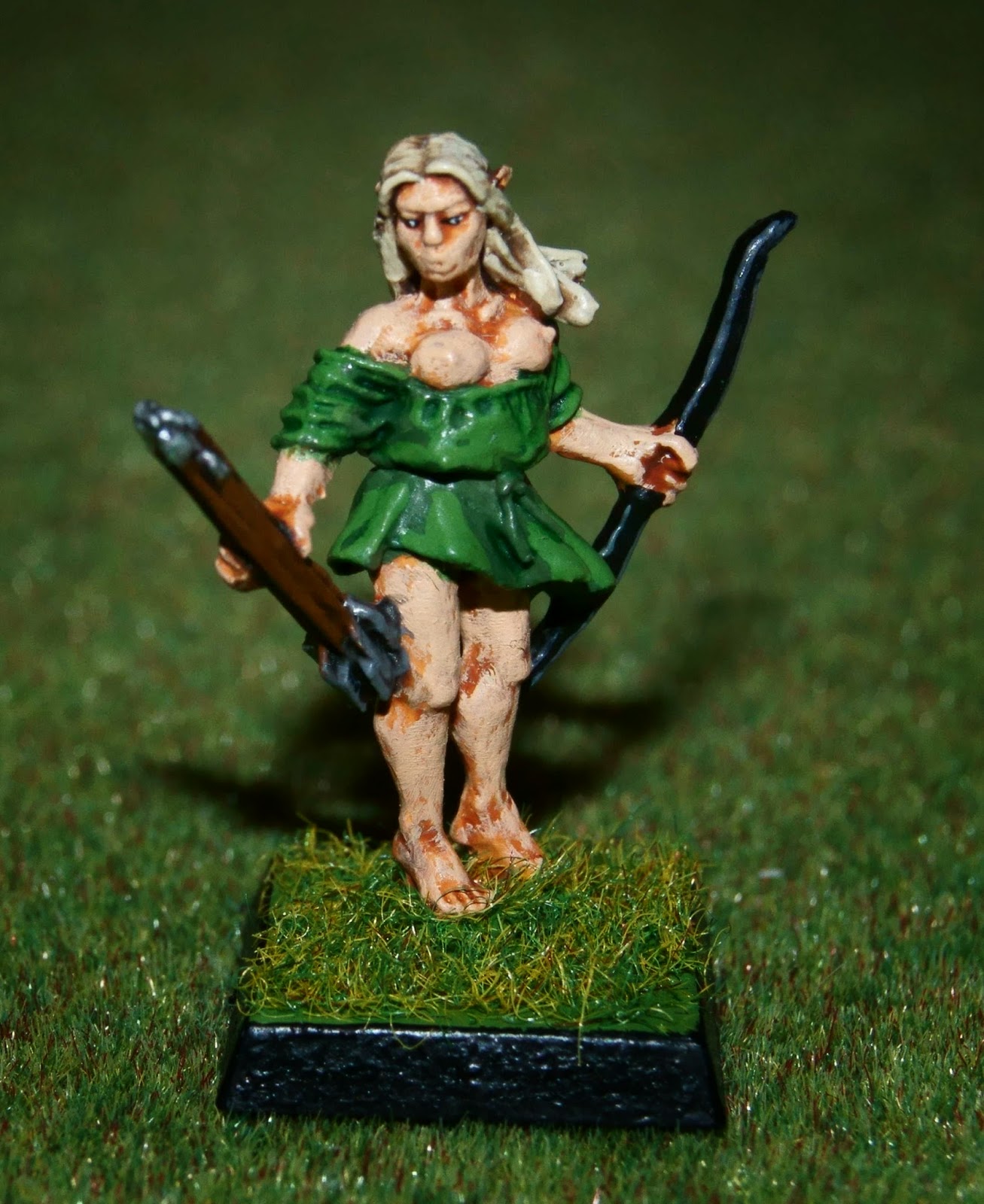 This was an odd elf that got sent to me with an order of historical stiff from wargames foundry.  I like the general style of the fig, but can't say that I really approve of the gratuitous exposed breasts.  It just seems silly and pointless.

And finally these three Eldar jetbikes for 40K.  These are very old minis, and frankly not very good, but they will see action as a vital tactical part of the Eldar forces.
Posted by brownk29 at 11:11:00