I took advantage of wayland games recent halloween offer to finally pick up a box of 30 mantic zombies, which came in at the great price of £14 for 30 zombies. I've had my eye on these ever since they first came out and they will fullfill several gaming uses, a regiment for warhammer and dungeon densins for both warhammer quest and dwarf kings hold.  The set comes with 10 sprues each containing 3 multipart zombies, 30 bases and 2 mantic points. 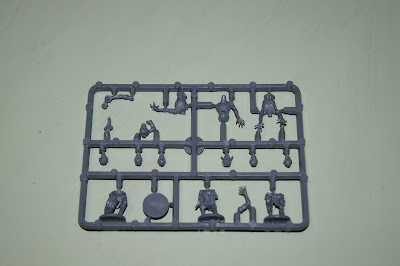 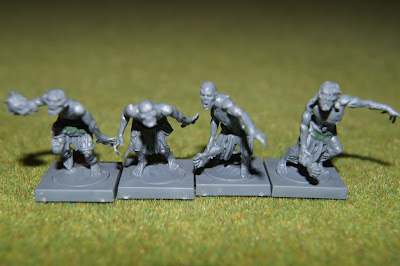 4 of the 'pretty' Zombies assembled.

The models themselves are fantastic and are fully compatible with the ghoul models.   I much prefer them to the regiment of GW zombies that I also have. The only complaint I have is that with only three models per sprue variability is limited, I'd have liked to have seen a bigger more varied sprue, but I'm sure that wasn't done for cost reasons, and I'm still chuffed with these.  I've only assembled half of them so far, but have streched that out to 17 models, I gained one more by using a spare ghoul torso (left over from the ghast) and using the crawling zombie, and gained the second one by having a crawling zombie and a pair of legs with the spinal cord exposed.  The spinal cord model is ok as a one off, but I think I'll only include one in my regiment, I think too many would look silly.  I'm much keener on the torso on the floor half of it. 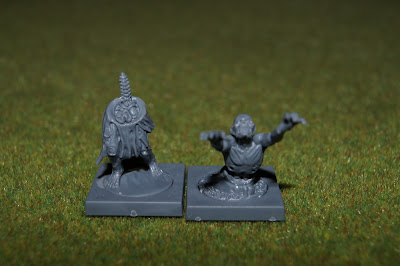 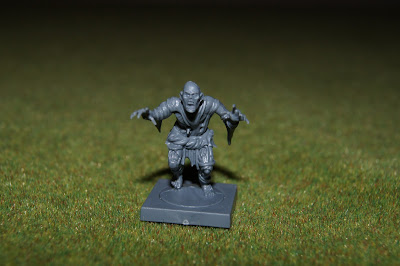 This is also the first time I've used the new liquid green stuff from Games Workshop.  I used it to fill the gaps between the legs and the bodies.  It worked really rather well, filling the gaps easily and hardening quickly.  This was only a little job, but its done it well. 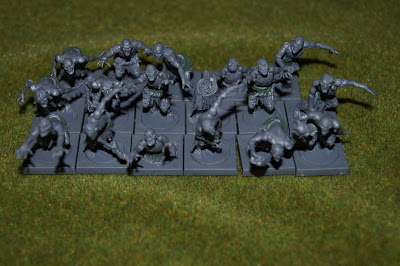 Right off they go to the undercoaters (the box in the garage) and then into the queue.
Posted by brownk29 at 19:36:00