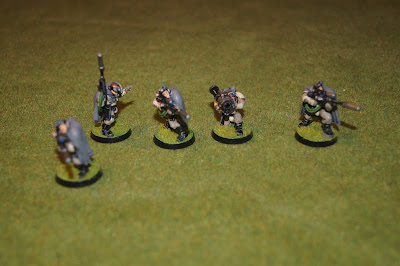 I'm not sure if anybody noticed but I've been absent for a few days as my laptop died horribly at the weekend, but I'm back now with a shiny new laptop and resuming normal service.  We've been playing quite a bit of 40K recently and I've gone out and bought quite a lot of new stuff for my space marine army, and the first unit is now done.  These scouts with sniper rifles will be very useful, I tend to end up using my scouts to hold an objective deep in my own deployment zone as my real marines push into the enemies half of the board, and this armament will mean they can do a bit of damage whilst sat happily at the back.  Also I have two tyranid armies to face on a regular basis, and the auto wound anything on a 4+ will be very useful against the big beasties. 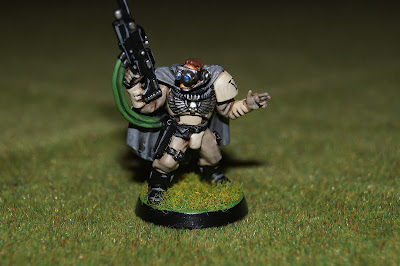 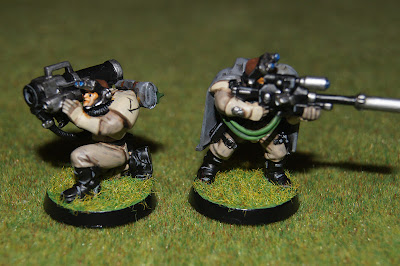 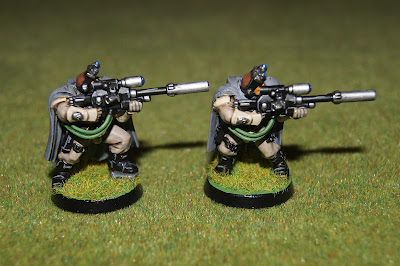 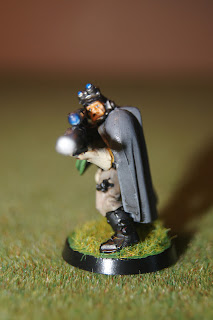 As well as these I've also bought a landspeeder storm, a second rhino, a second vindicator (one of the old ones based on the origanal rhino chassis) and a squad of veterans, all of which should appear painted at some point in the future, although as usual I might get distracted before any of this gets done.
Posted by brownk29 at 21:26:00