From The Painting Table #16


Another showcase of my latest eclectic selection of painted minis for today.  December was inevitably a busy month and I really didn't achieve much on the painting front at all, but what I did manage to do somehow was play a lot of Warhammer Quest.... 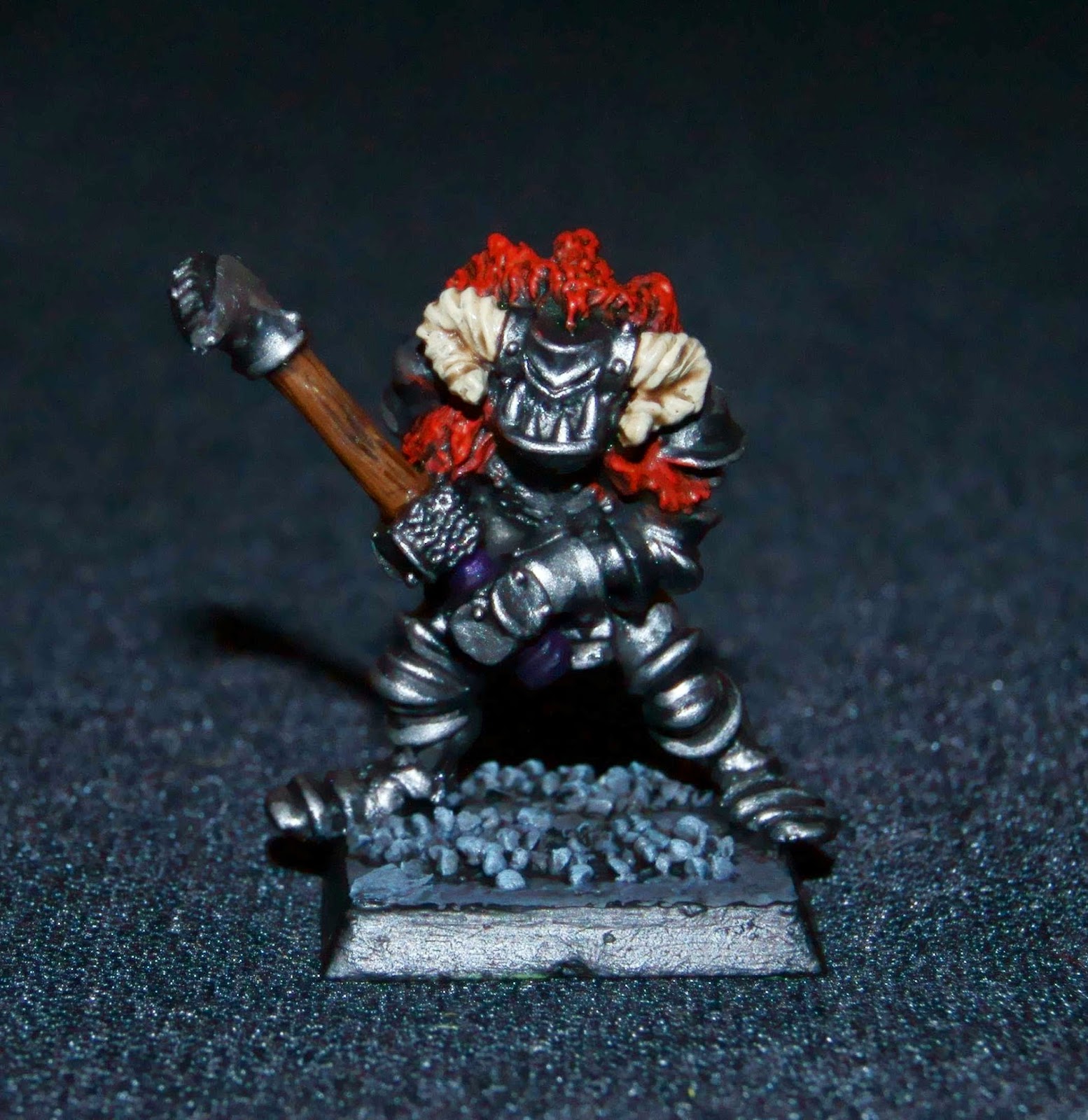 Which leads me nicely to this chap, who is of course a classic citadel Chaos Warrior who has had a repaint and a dedicated Warhammer Quest style base rather than my normal green flock.  The party also contains a pit fighter, a wizard and a warrior priest.  Both the pit fighter and wizard have dedicated Warhammer Quest minis already so expect to see a warrior priest in the near future. 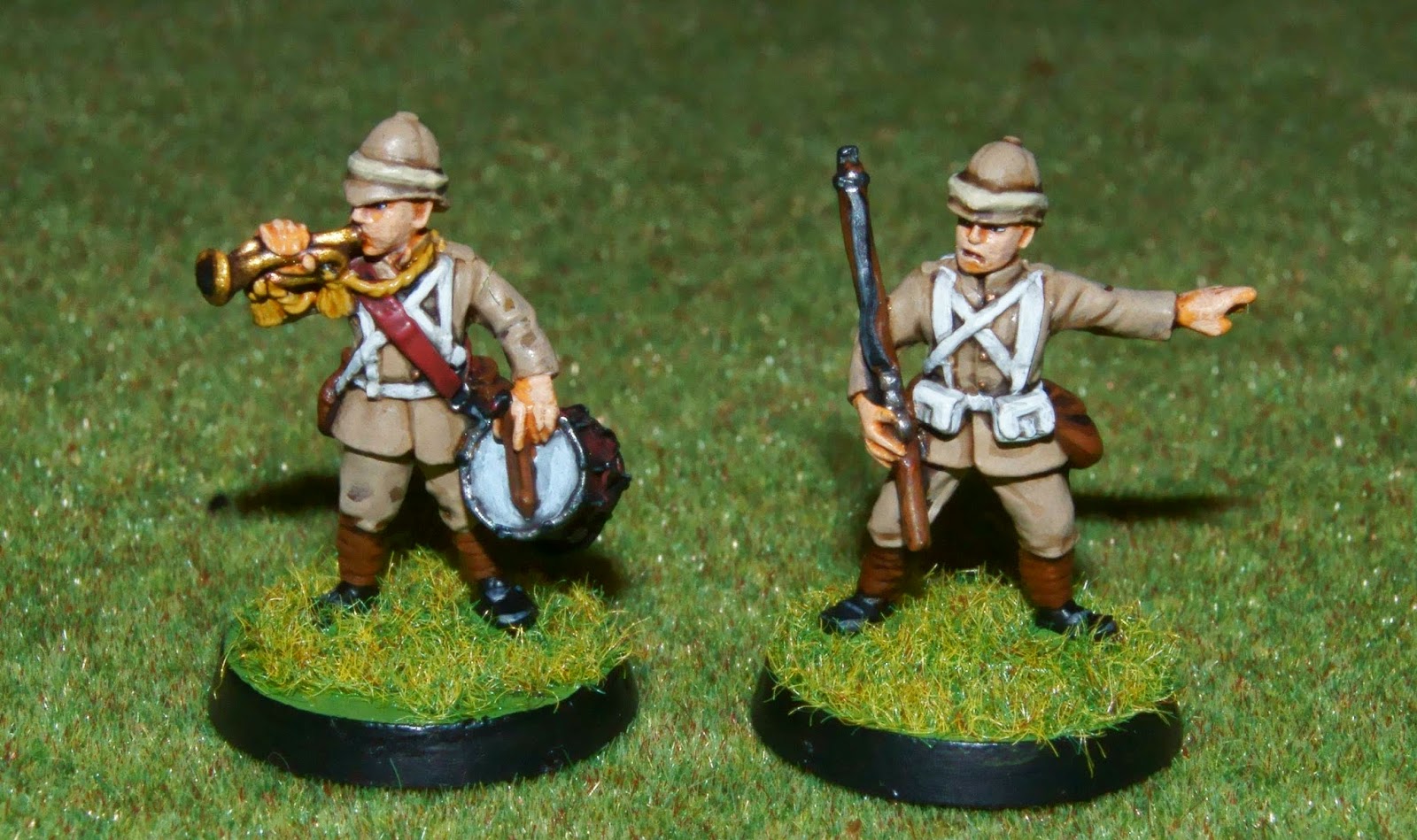 Next we have some additions to my Darkest Africa collection courtesy of Foundry, on the top a couple of British NCO's from their Boer War range and on the bottom an explorer both on and off a donkey. 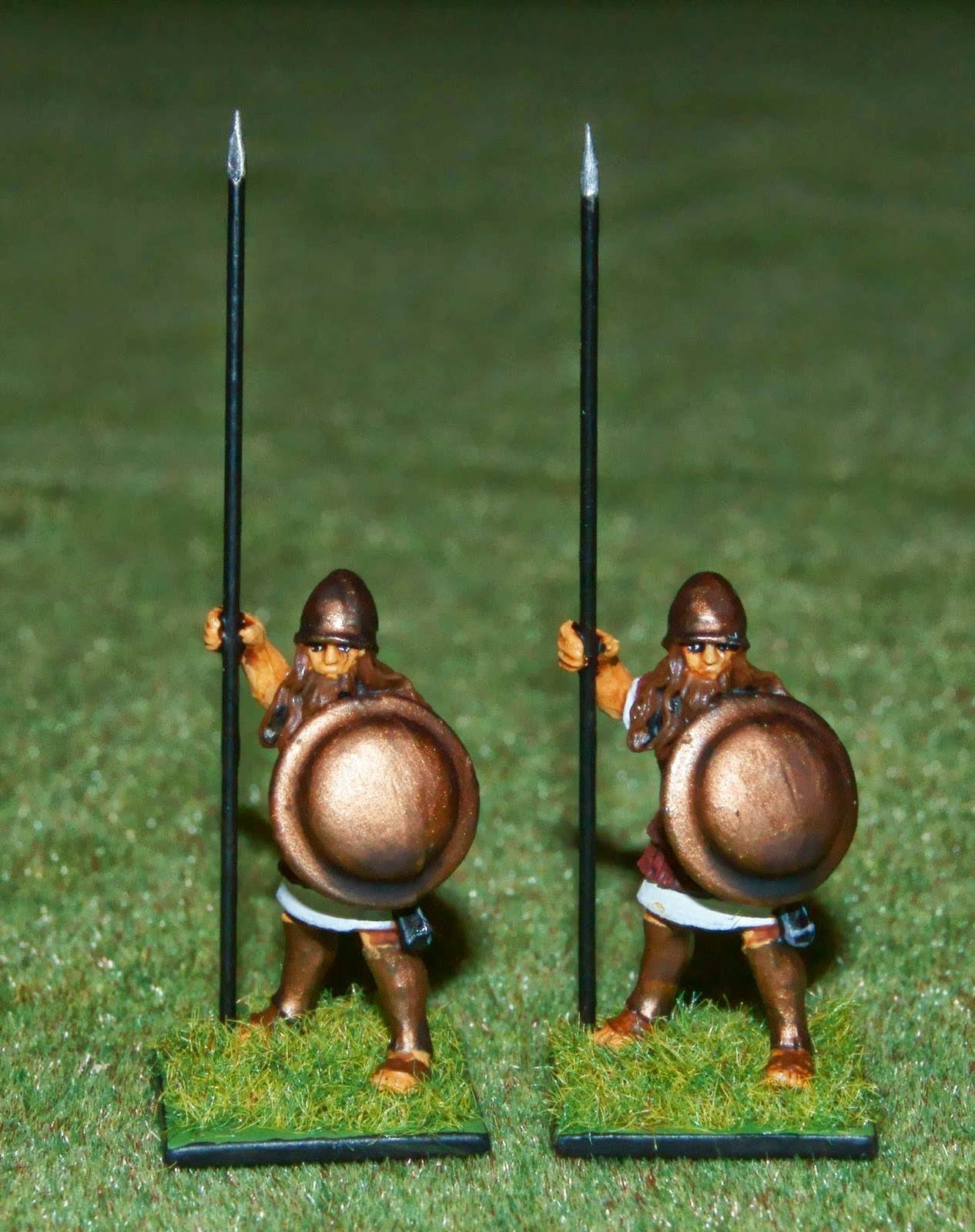 Staying with Foundry somewhat randomly we have here two ancient Greek Hoplites, why? I really don't know except that I fancied painting them. 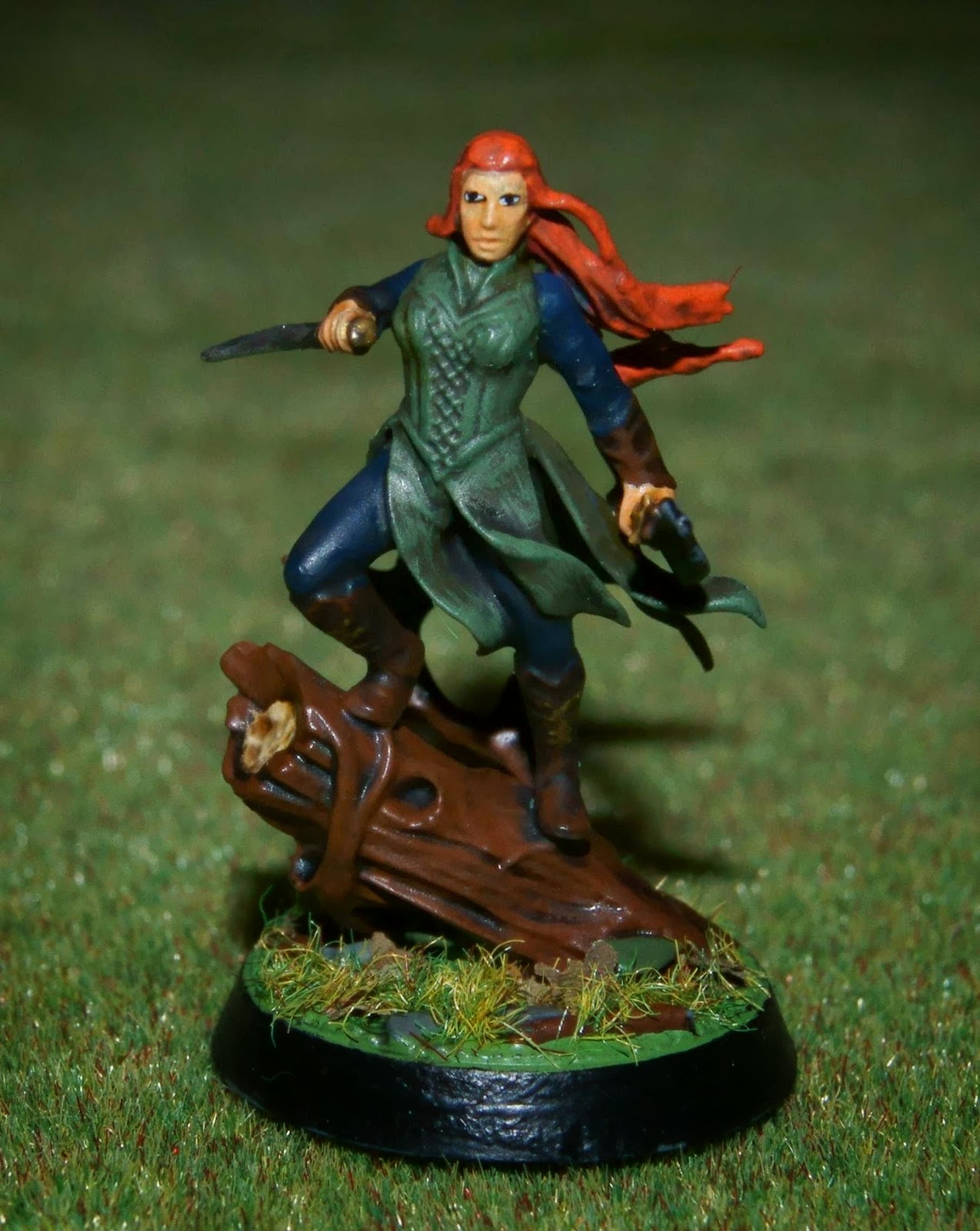 The last Hobbit movie was an enjoyable movie if admittedly not a masterpiece like the Lord of the Rings movies were, and it gave me the urge to paint a few more middle earth bits starting with this Tauriel.  I was quite pleased with the result until I photographed it and now the hair is looking way to bright so I will have to try and tone it down a bit somehow.
﻿

Not going far from Tauriel at all we have these wood elf archers from GW Lord of the Rings range, but who would of course happily work fighting along side Tauriel and Legolas in a Hobbit game. 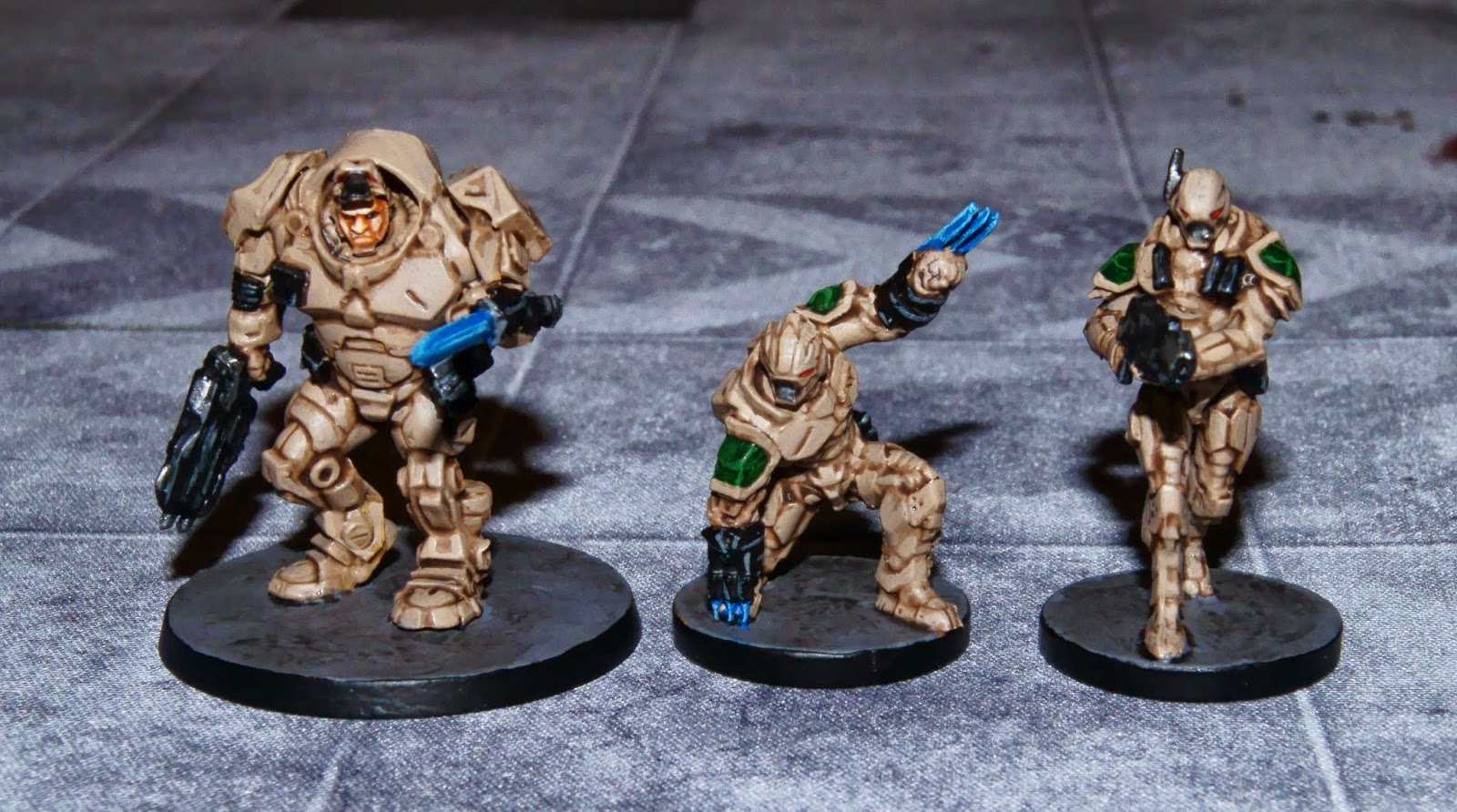 Now to the first finished minis from my second wave Deadzone kickstarter package.  I started with a few Enforcers, which for some reason I really enjoy painting, from left to right we have an enforcer captain, Sgt Howlett and an enforcer with fusion gun. 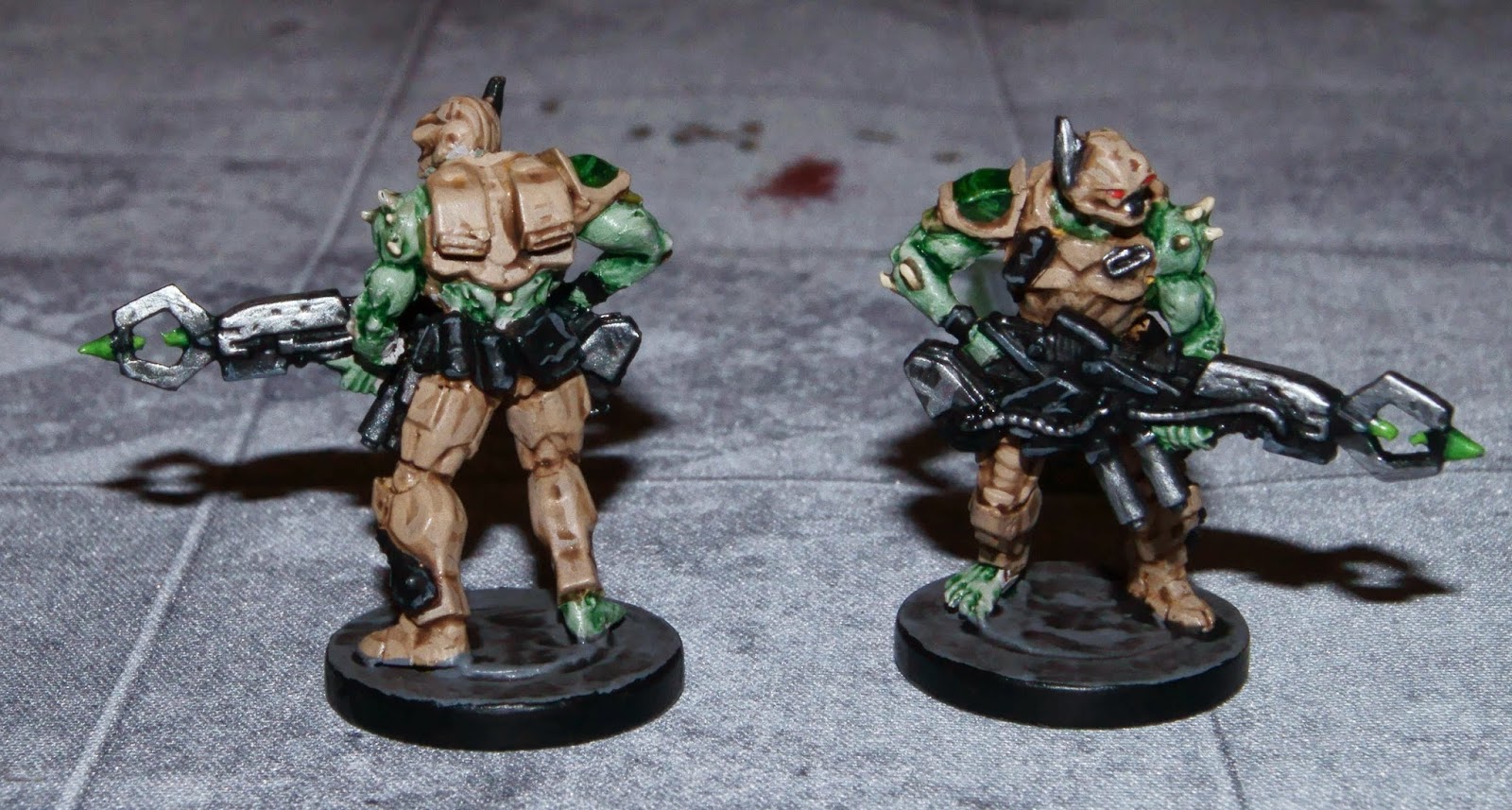 Finally we have these two plague corrupted enforcers.  I've a veritable mountain of Deadzone stuff still to paint and of course I am eagerly awaiting the imminent arrival of wave 3.
Posted by brownk29 at 20:59:00